The majestic Sultan Mosque nestled at

From Chinatown to Kampong Glam, check out these holy places of worship for Muslims in Singapore

The good thing about Singapore is definitely its multicultural society, allowing you to immerse in various eye-opening cultural experiences from all races. We’ve already shared with our readers on where to see Buddha statues, beautiful pagodas and the Oriental architecture of Chinese temples in Singapore. And also, the sacred steeples and stained-glass windows you can find in these iconic churches. So now, it’s time to share with you where to see beautiful domes, majestic mosque structures and places to learn more about Islam here on our sunny tropical island. Get your camera ready; here’s are the most iconic mosques in Singapore.

A prominent landmark in the Kampong Glam Malay Heritage District, Sultan Mosque at 3 Muscat Street is a premier mosque in Singapore that was built for Sultan Hussain Shah, the first sultan of Singapore, in 1824. Sultan Mosque has a majestic golden-domed structure, in which its interior is made entirely out of glass bottles – how fascinating is that! Today, Sultan Mosque is a national monument that has welcomed thousands of devotees and also curious tourists on tour.

With its Islamic and European architectural features, Hajjah Fatimah Mosque is definitely a must-see when in Singapore. Located along Beach Road, the mosque was established in 1846. Designed by colonial architect John Turnbull Thomson, the mosque’s architecture features a unique blend of cross-cultural influences – traditional Malay-Muslim woodcarvings in its interior, Chinese glazed porcelain tiles, and its minaret, that looks like a church spire! What’s more? Hajjah Fatimah mosque was named after a lady of the same name, who was a generous donor to the building.

Built in 1826, Jamae Mosque was one of the earliest mosques in Singapore. And what’s even more intriguing is how this mosque is located in a predominantly Chinese vicinity and was commonly frequented by the Tamil Muslim community in Singapore. Jamae mosque also has an eclectic architectural design; the entrance of the mosque has a distinctively South Indian façade, while its interior adopts a neo-classical style by George Drumgoole Coleman. 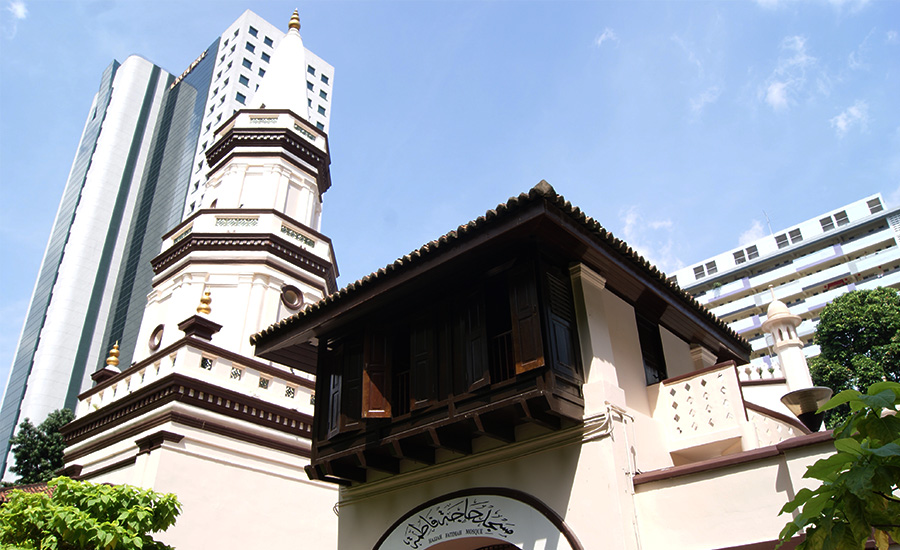 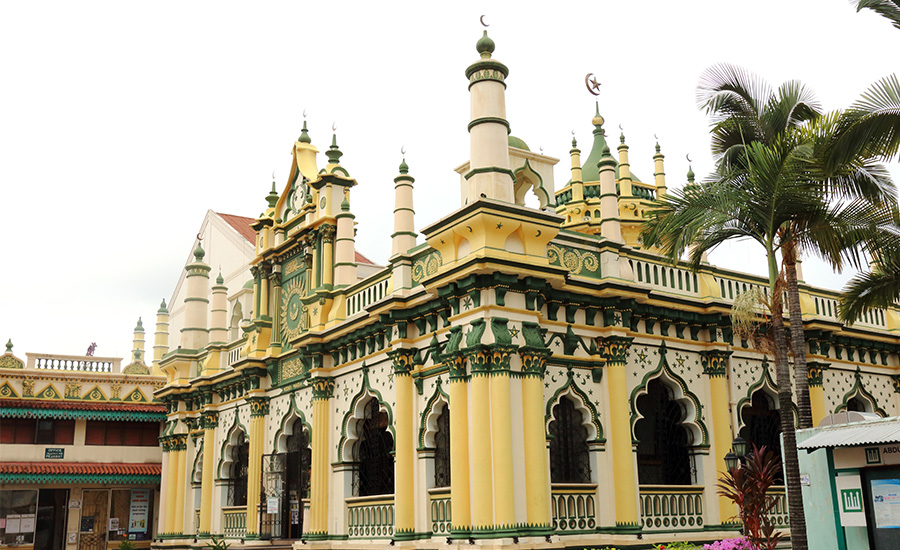 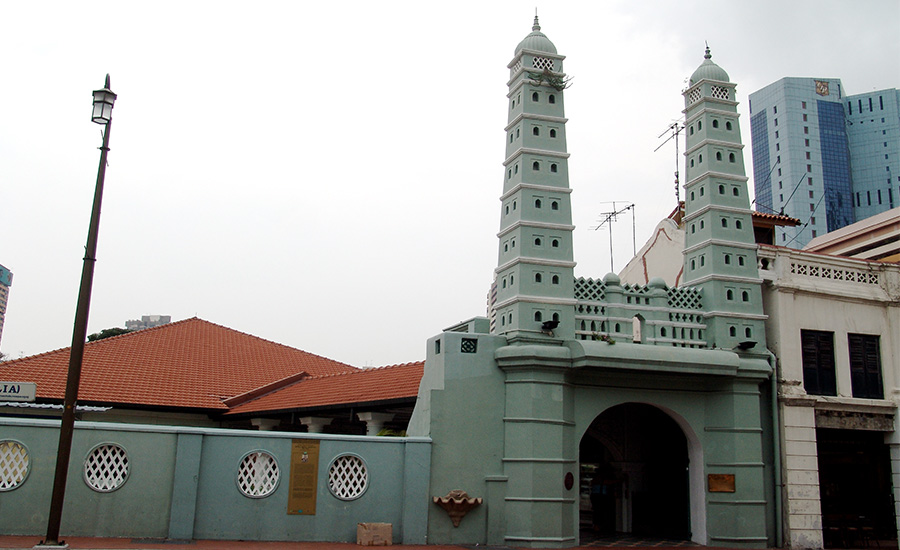 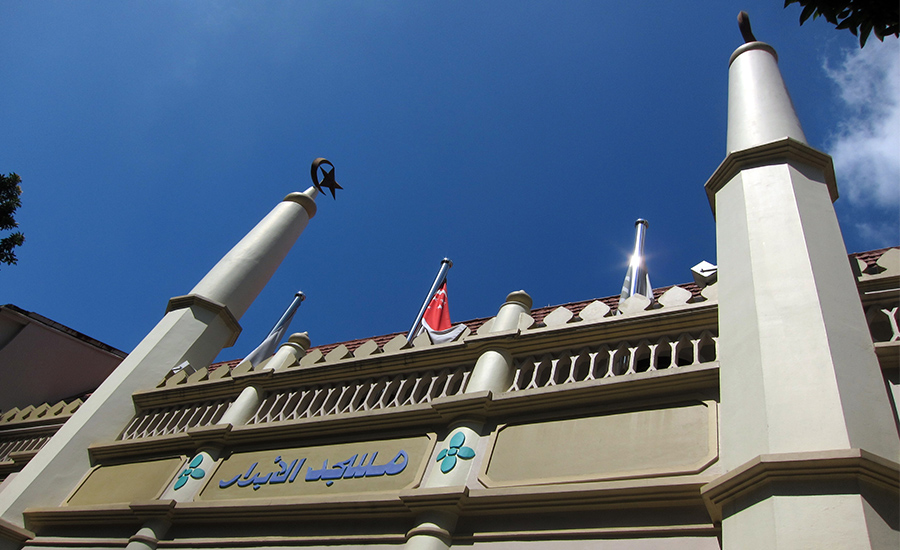 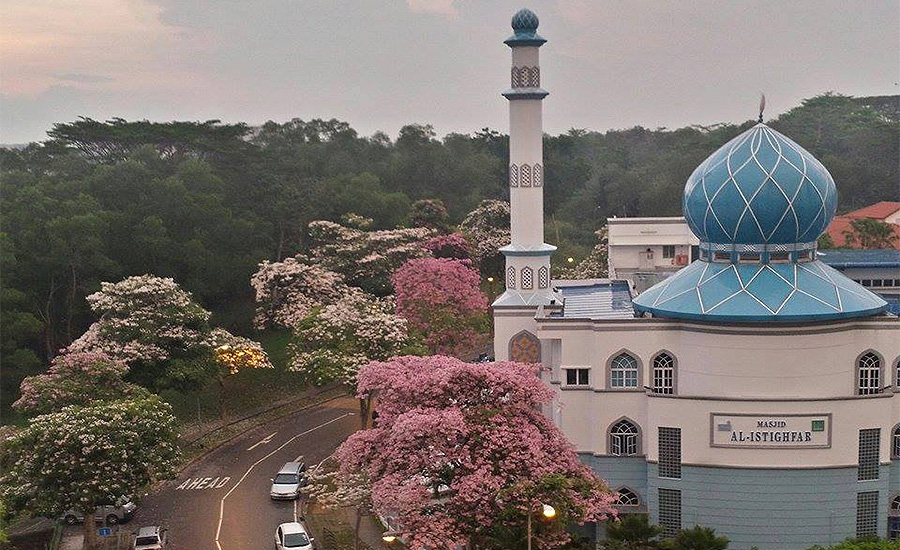 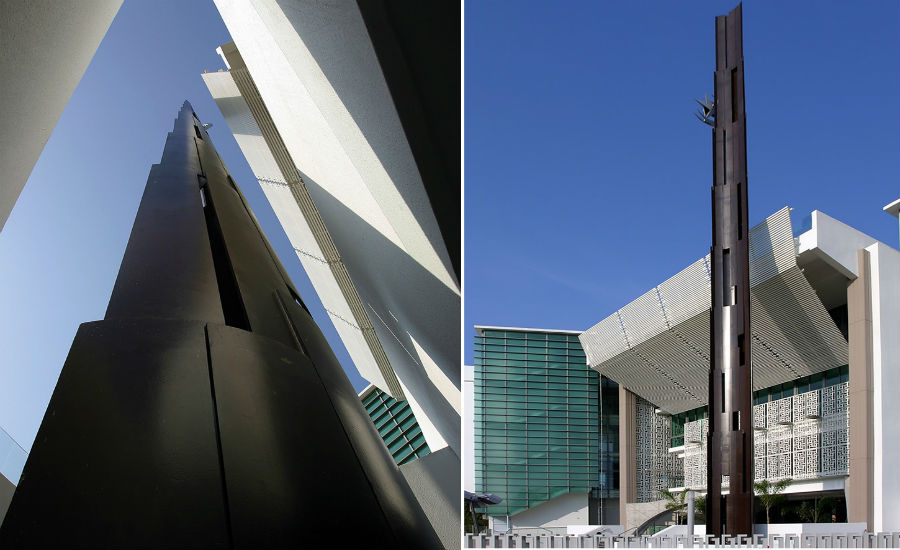 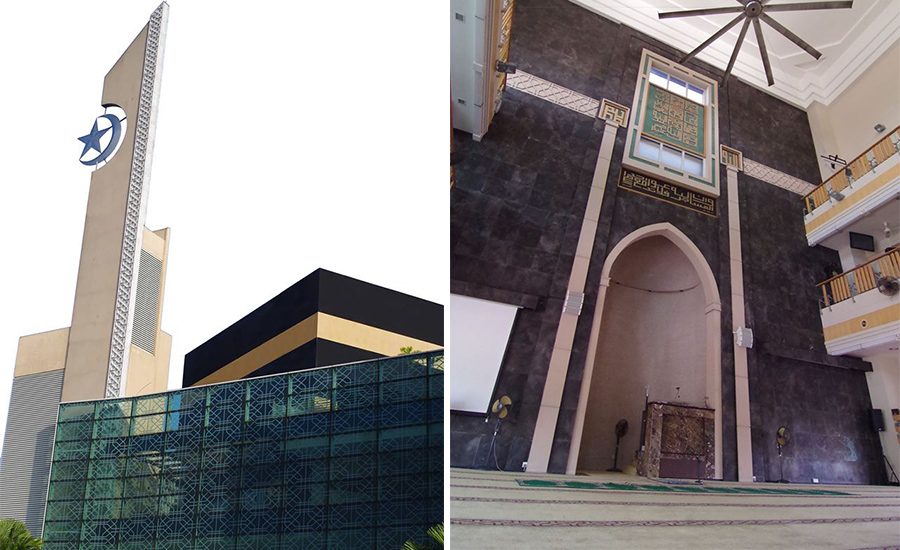 Just a stone’s throw away from The Honeycombers HQ, Al-Abrar is a tiny mosque located on Telok Ayer Street. While it was originally built as a thatched hut in 1827, today, Al-Abrar Mosque is tucked in between shophouses and is a gazetted National monument. Al-Abrar Mosque also has the influences of South Indian Architecture.

Winner of The Chicago Athenaeum International Architecture Award, the Assyafaah mosque breaks tradition with its futuristic design and new-age architectural elements. On its exterior are aluminium facade panels for solar shading to keep the mosque and its worshippers cool. Adorned with eye-catching Arabesque screens, the panels allow for plenty of air ventilation and delicate shadowplay. While the mosque eschews tradition with its lack of a dome, it features a 10-storey minaret covered in rusted, metal plates for an industrial feel that blends in with the neighbourhood’s surroundings.
Assyafaah Mosque, 1 Admiralty Lane, Singapore 757620, p. 6756 3008.

Nestled within this Northern heartland of Singapore, An-Nahdhah Mosque in Bishan is regarded as a new generation mosque. Aside from its modern architectural structure, An-Nahdhah Mosque also houses a two-storey MUIS’s Harmony Centre with the sole purpose of creating a welcoming platform where non-Muslims can learn more about the Muslim Community and Islam practices.