From passionate plots and sexy stories to titillating tales and even sobfests, these romance novels will give you all the feels.

Imagine this: Scented candles on a cool night and a cup of hot cocoa on your bedside table as you slip under the covers in your most comfortable nightwear… Now that we’ve set the scene, it’s time to heat up your sleep routine with a steamy romance novel for some sweet, sensual dreams. We’re looking at romance novels ‘cause it’s the month of love, so we’ve included timeless classics, LGBTQ love stories, heart-fluttering local novels and popular sexy titles.

Me Before You by JoJo Moyes

Meet care companion Louisa Clarke and wheelchair-bound Will Traynor. The latter is more of a glass-half-empty guy while the former is a quirky, lovely ray of sunshine. In the beginning, Will works Louisa to the bone with his tiresome antics but this unlikely of a pair slowly start to develop feelings for each other. Very romantic, right? Well, you’re wrong. If you’re a softie, this book will leave you weeping throughout the night. Don’t say we didn’t warn you.

To All The Boys I’ve Loved Before by Jenny Han

If you’re a huge fan of the movie, savour the romance word by word this time ‘round. Relive your teenage years with 16-year-old Lara Jean as she finds out all her secret love letters have been mailed out to her crushes, both past and present. Trust us, as scary as it sounds, this is not a horror story. And once you’re done, follow up with P.S. I Still Love You, then Always and Forever, Lara Jean, while you wait for the second instalment to arrive on Netflix.

What If It’s Us by Becky Albertalli and Adam Silvera

Looking for something light and fun? This LGBTQ romance novel should be on your list of must-reads. Written by two authors, one of whom is behind Simon vs. the Homo Sapiens Agenda, which the film Love Simon was based on, this tale chronicles two guys, Arthur and Ben, meeting at the most random of places: a New York City post office. Ben is there to post back his ex’s stuff when he runs into Broadway-obsessed Arthur, who happens to be spending his summer in the city interning at his mum’s law firm. Before they can even get to know each other, they’re separated by a flash mob – it’s New York after all. Will they find each other? Will Ben get over his ex? Well, there’s only one way to find out. 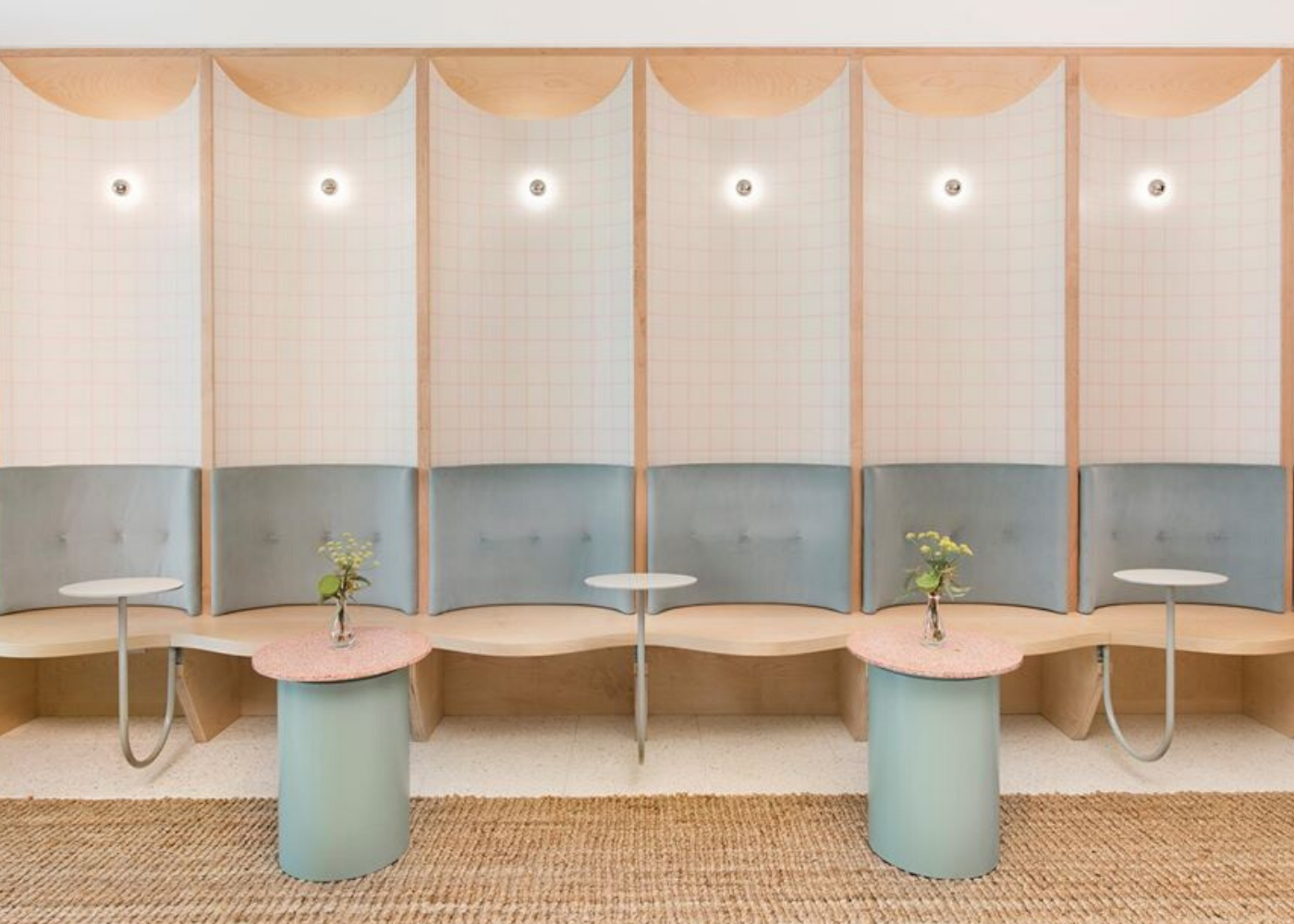 Where to get lost in a good book

If love in the Big Apple doesn’t really resonate with you, this anthology features 17 fictional love stories written by Singapore-based writers and edited by Verena Tay. It showcases the different kinds of love: Familial, unrequited, lust and more. This literary delight also reflects Singapore’s diversity, from a migrant worker wooing three women to a girl seeking relationship advice from quotes provided by an ATM machine to a woman torn between marrying her much-older boyfriend and conforming to her family norms.

One Day in December by Josie Silver

There’s a reason why this novel made it to Reese Witherspoon’s book club – it has all the makings of a rom-com. It’s love at first sight for Laurie when she bumps into the man of her life at a bus stop on a cold winter day in London. But fast forward a year later, and she meets him as her best friend’s boyfriend. Dramaaa, we tell you. While we’re hoping this will make it to the big screen, in the meantime, feel free to fall in love with Laurie’s Bridget Jones-like personality.

One Day by David Nicholls

Whether you’ve seen the movie or not, you’ll love this tearjerker. Chronicling two decades in the lives of the main characters, Emma Morley and Dexter Mayhew, from the time they first met during graduation to navigating adulthood in their twenties and thirties, this story is heartwarming and, without giving too much away, heartbreaking. Just make sure you’ve got a box of tissues to keep you company and a tub of your favourite ice cream for good measure.

The Notebook by Nicholas Sparks

Of course, this classic masterpiece makes the list. With popular titles like A Walk To Remember, Dear John and Safe Haven under his belt (who said men can’t be romantic?), Nicholas Sparks sure knows how to pull at our heartstrings with his passionate yet heart-wrenching plots. Set in 1940s South Carolina, it’s about two people from different worlds falling in love with each other: Mill worker Noah Calhoun and rich girl Allie Hamilton. To make things more complicated, Noah heads off to serve the military in World War II and Allie is on the road to getting hitched. If, by some miracle, you’ve not seen the movie, read the book first – it’ll be worth it.

What happens when British monarchy and American oligarchy meet? Well, it might not be love at first sight for America’s First Son, Alex, and the royal prince of Wales, Henry, but an unlikely chemistry ensues when they have to put their rivalry aside and make amends for the public to strengthen US-British relations. Escape reality with this tongue-in-cheek novel as Casey McQuiston weaves in politics and romance effortlessly with funny dialogues and an enemies-to-lovers trope.

Longlisted for the Epigram Books Fiction Prize in 2016, this romp of a novel reimagines a time when lion dance is in vogue and the band Lion Boys are revered pop legends with groupies following their tails. But that doesn’t stop one of the lion boys, Ricky Ang, from taking an interest in drummer girl Ong Ying Ying. Set in a familiar setting, the novel touches on young love, the traditions of lion dance and Singapore’s rich culture.

There’s a reason why Reese Witherspoon’s production company, Hello Sunshine, picked up the rights to this heartwarming novel. As the title suggests, the protagonist Eleanor Oliphant is completely fine… apart from the fact that her way of life is a little different – you might even say odd. Author Gail Honeyman manages to draw you in by making life’s mundane to-do lists interesting, throwing out detailed observations for something as ordinary as Eleanor’s visit to a nail salon and supermarket, for example. She may be socially awkward, but she’s certainly won us over. If you’re trying to get back on the reading bandwagon, start with this one. By the end of the book, you’ll be wishing you could meet Eleanor for an afternoon chat over a cup of tea.

The Tattooist Of Auschwitz by Heather Morris

Set during the Holocaust, this story is told through the eyes of Lale Sokolov, the titular tattooist of Auschwitz, whose role during the war is to ink his fellow prisoners. You’ll be transported back in time to experience Lale’s tribulations, from witnessing the horrors of the concentration camp to his journey of falling in love with his would-be wife, Gita, when he tattooed a number on her arm. Though we’re not fully convinced about the accuracy of the events that transpired, this tearjerker of a novel should be on everyone’s must-read list.

Written by Singaporean novelist Rachel Heng, the story’s plot is set in a dystopian future of New York, where a select group of people get the opportunity to live forever in a seemingly perfect world. Known as “Lifers”, this group of individuals bypass death with the help of medical technology – their radical lifestyle consists of cutting out sugar and meat from their diet. But not everyone wants to live an almost-immortal life, as our protagonist finds out when she happens to come across a secret society called the Suicide Club. Despite its futuristic storyline, the book deals with themes that will always be relevant: Regret, family, life and death.

This novel is about a depressed middle-aged man in France. Florent-Claude Labrouste hates his career, his girlfriend and the fact that he has to take a pill to boost his serotonin levels. If you’re the type who can sit through a discussion on agricultural politics and paragraphs studded with a bevy of French words, you’ll see author Michel Houellebecq bring life to a rather jaded protagonist through compelling interior monologue.

Brief Answers To The Big Questions by Stephen Hawking

Humorously written by the late Stephen Hawking, this book is a showcase of how his brilliant mind manages to scratch the surface of life’s biggest mysteries. Topics like time travel, black holes and the future of artificial intelligence are delved into without the subject matter being too complex. Whether you agree or not, the key takeaway here would be that science is necessary to move forward for a better future.

A popular hit in the local literary scene, this novel has garnered numerous accolades, including Epigram Books Fiction Prize 2016 and Singapore Book Awards 2018 for Best Fiction. Nuraliah Norasid reimagines the classic story of Medusa in a familiar setting with protagonist Ria, a young medusa. Accidentally turning an entire village to stone, she escapes with her sister and stumbles upon an underground settlement populated by people like her and strikes up a key friendship decades later.

If you’re a fan of Haruki Murakami’s work, then you’ll enjoy Daryl Qilin Yam’s debut novel to bits. Set betwixt Singapore and Japan, it chronicles the life of Kevin, who believes he lacks a soul, and his encounter with Mr Five, a mysterious kappa (aka river demon). Throughout the course of the book, you’ll notice how Daryl manages to seamlessly weave stories of other characters into the plot, which inadvertently contributes to the main narrative.

Singapore writers and books to check out