How to increase stamina, get fit and lose weight? Sprinting, jogging and brisk-walking at these runs is the best exercise you can get

Made a resolution to keep fit this New Year? Hit the ground running and take in the scenery while keeping on top of your fitness goals. From sprints for charity to family-oriented jogs, here’s our list of the best marathons of 2016. So dust off those running shoes and take to the tracks!

Ring in the New Year by slipping on those running shoes and putting your fitness to the test at the Mileage’s third annual New Year Run. This family-friendly running event sees competitive 5km and 10km runs, along with a 2km family fun run for parents and children who just want to have a good time. Want to beat your personal best? The marathon’s pacers will be there to keep you on track if you’re aiming for sub 40, 45, 50, 55 and 60-minute timings.

Take your running to literal new heights at this vertical marathon at NUS that will see runners scale 60 storeys. Perfect for marathon runners who’d rather stay indoors and out of the heat.

You won’t be strolling behind your strollers today! Strap your little ones in and take to the track at Singapore Sports Hub. If you’ve got kids who’re a little older, take part in the 5km family run or the kid’s fun dash. The race also offers attractive prizes including high-end strollers and a Legoland holiday. Even if you’re not a competitive runner, you still stand a chance to win some attractive lucky draw prizes.

Proceeds from this charity run go towards raising awareness and support for cancer research. The run is non-competitive, so don’t worry about having any prior experience or fitness training. After all, you’re running for a cause, not a medal. 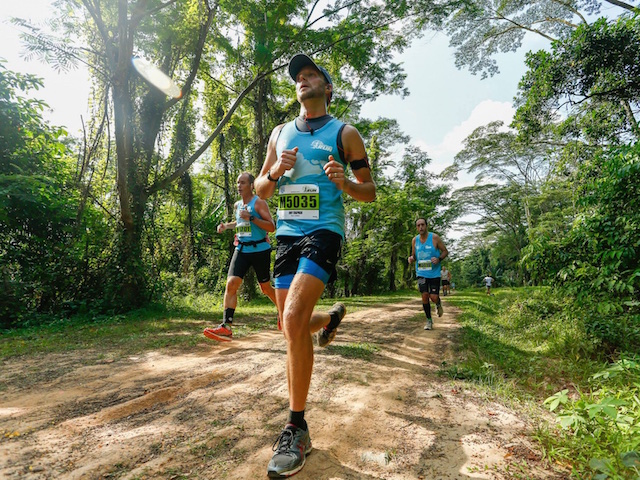 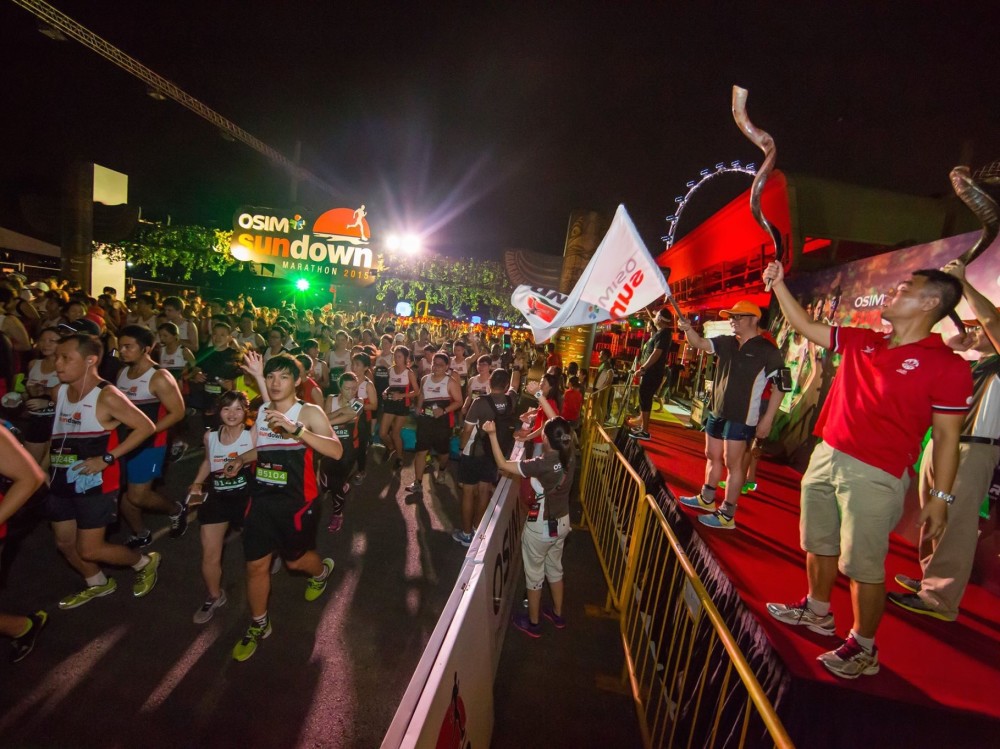 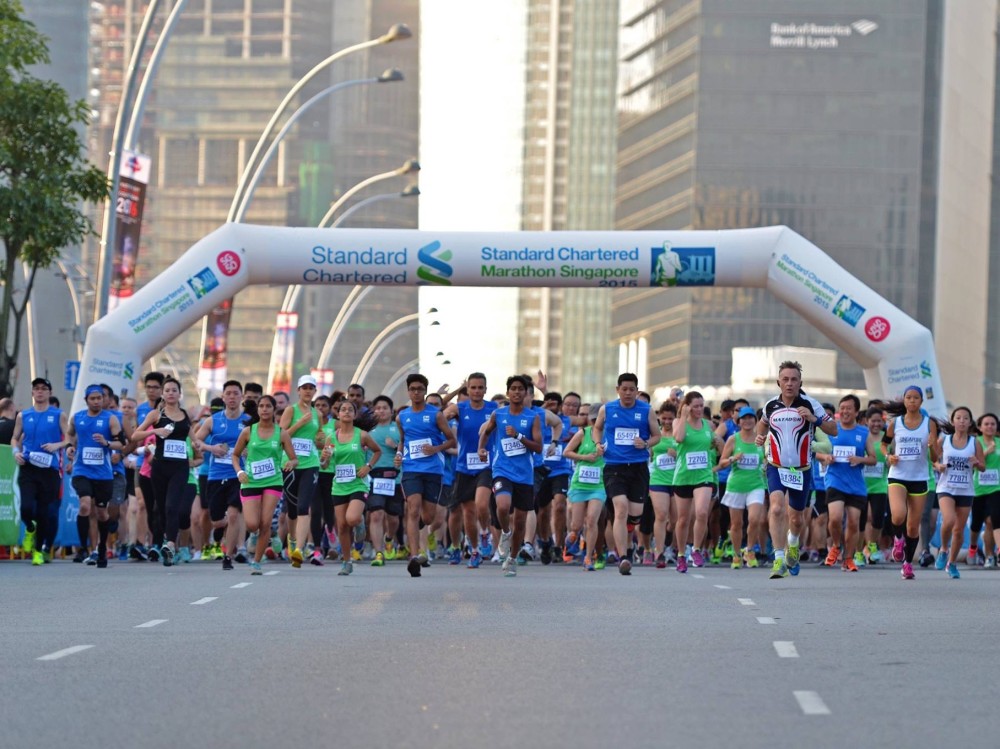 Love On The Run [Event Cancelled]

Candlelit dinners at swish restaurants are all fine and dandy, but if you and your sweetheart are more athletically-inclined, here’s a cupid-approved Valentine’s Day run that will get your adrenaline pumping. This non-competitive fun run hopes to spread the message of love with a scenic route that winds through Gardens by the Bay. Participants are encouraged to sign up in pairs, but if you’re single, don’t worry! The events organisers will pair you up with a suitable running-buddy so nobody gets left out.

This picturesque marathon will take you past some spectacular riverfront views and waterfront communities. Considered one of Singapore’s most scenic half-marathons, Marina Run 2016 is sure to offer some stunning vistas. If the 10km and 21km marathons are a bit out of your comfort zone, take part in the 5km wet and wild fun run, where runners and volunteers alike will be equipped with water guns. Expect to get soaked!

If a full marathon is a little too intimidating for you, start the year with something slightly more manageable. Take a walk (or run) on the wild side at the Safari Zoo Run. Pick between the 2.5km, 5.5km or 12km courses set on the grounds of the Singapore Zoo and Night Safari. You might even make a few furry friends along the way!

The legendary Canadian athlete and humanitarian ran 5373km 143 days before succumbing to cancer. As you might imagine, his final act of defiance towards the disease has inspired millions of runners worldwide to come together to raise funds for cancer research. This year’s run takes place at Big Splash at East Coast Parkway and offers five and ten kilometre routes. 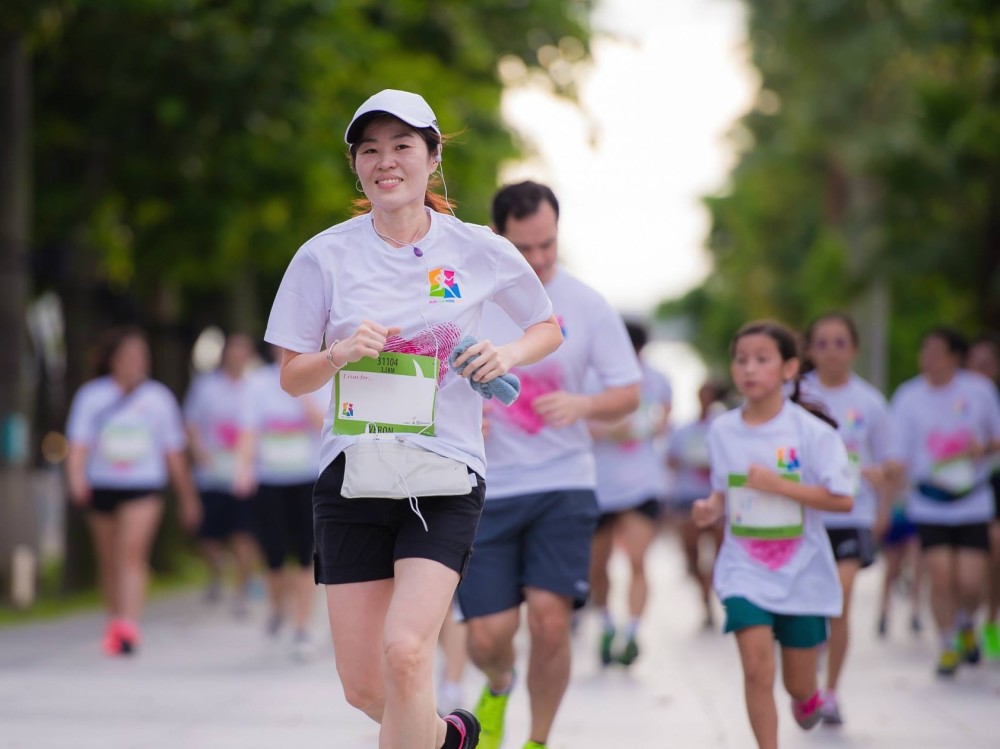 Run for a cause at this charity marathon (Photo credit: Run for Hope) 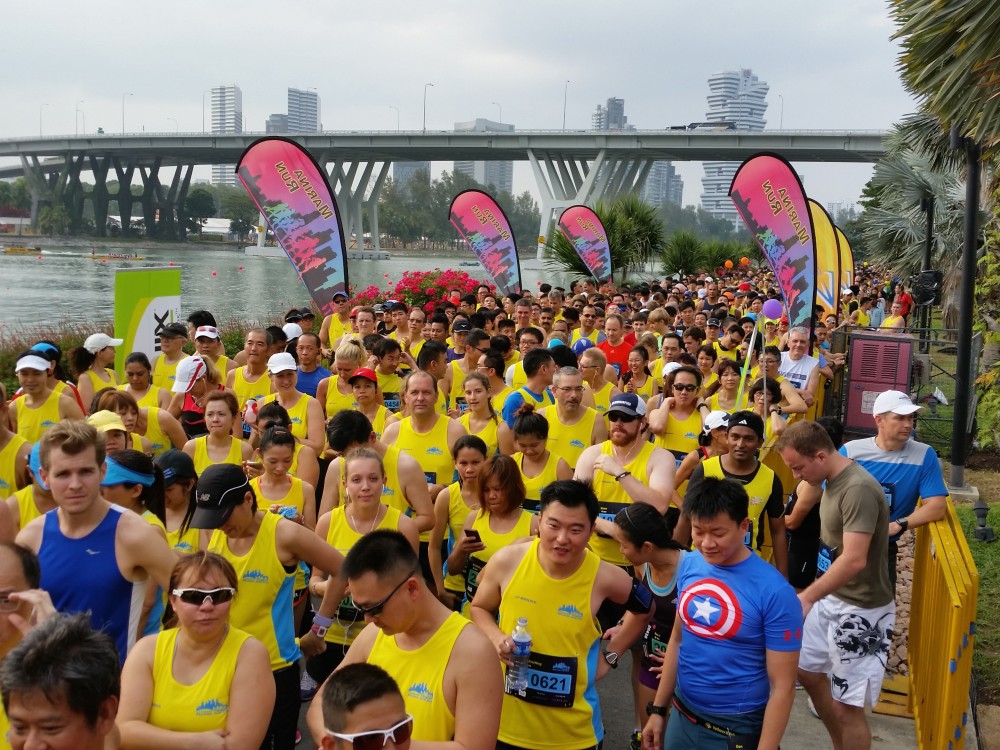 Take in the sights on the Marina Run (Photo credit: Marina Run) 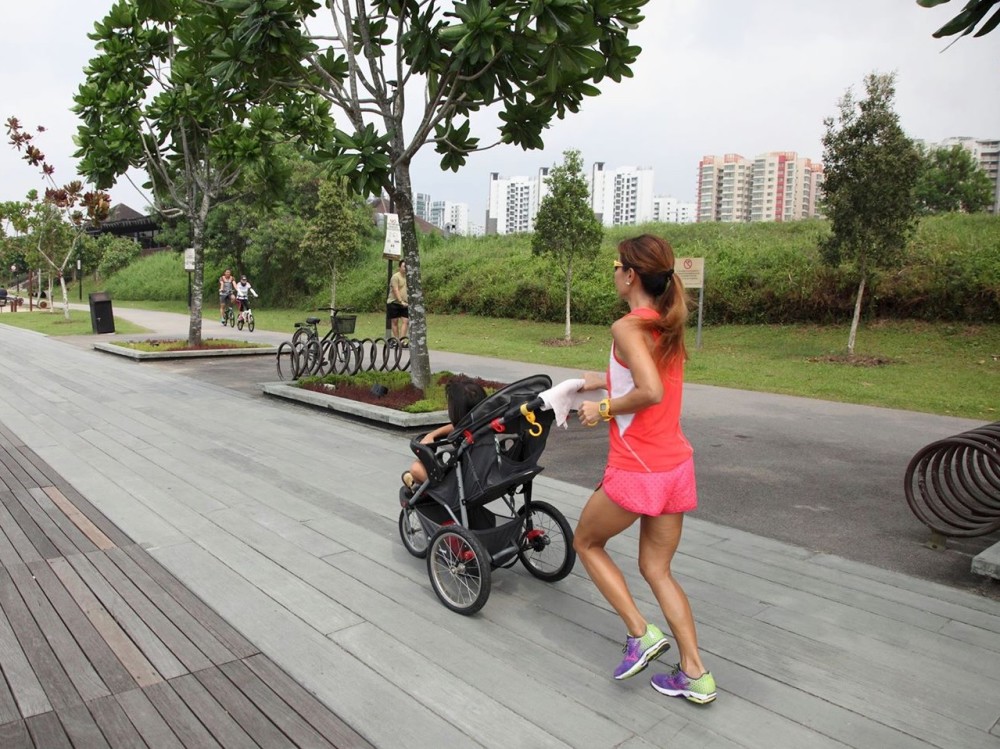 Nature lovers can take the opportunity to escape the gridlock of urban living with the Green Corridor Run, where they’ll zip through the lush greenery between Old Keppel Road and Bukit Timah rail stations. Like last year, runners can choose to carry a recycled jerry can of water all the way to the finish line, and pour their fill into the ceremonial well at the end of the track. This water challenge aims to raise awareness of the plight of the millions who have to walk long distances to fetch clean water every day. Each litre poured will help contribute $1 to the non-profit organisation, charity:water.

Want to beat the heat? Take part in one of Singapore’s biggest night races, the Sun Down Marathon. The streets will come alive as an estimated 30,000 runners take to the city for the full or half marathon, as well as a 10km race and a 5km run. In addition to running, this year’s edition of the Sundown Marathon will feature a Sundown Sports Zone with adrenaline-pumping activities that include dodgeball, basketball and even rock climbing. Here comes the sun? Nah, not this time.

The Standard Chartered Marathon is considered the marquee event of the Singapore running calendar. Though 2015’s edition of the marathon may have just ended, no reason not to start training for next year’s, yeah? If this year’s marathon is any indication, you’ll be ending 2016 on a real runner’s high, as the route takes you past some of Singapore’s most iconic landmarks.

Feel like a badass chick yourself when you plug into our Rocker Chicks playlist on our Honeycombers Spotify profile. New playlist each week!