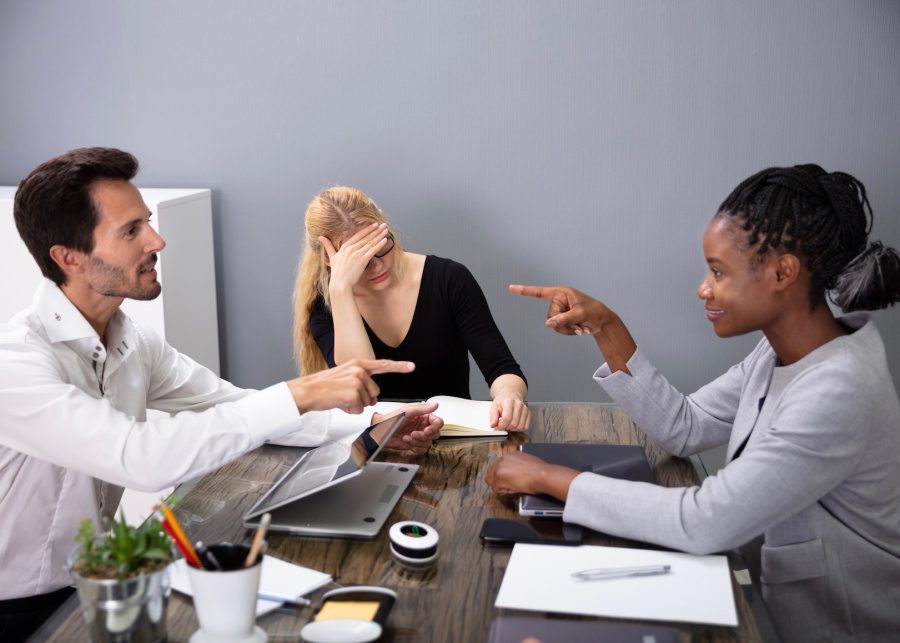 Feeling socially awkward? Here's why it makes you a better teammate.

Awkwardness has always been painted in a negative light, but here’s why this perceived “weakness” can be a strength at work.

Throughout my life, I’ve found it challenging to hold small talk, fit in, and know the right way to respond in certain situations. Some people say this is normal. But while I’ve gotten much better at all of the above, I’ve experienced enough to know I’m just a bit socially awkward.

Take this for example: When I was working my first job in public relations, my colleagues ambushed me with a cake on my birthday. That was when I realised I didn’t know how to respond to surprises. Most people would break out in oohs and aahs, or show outward displays of excitement. But I simply froze and gawked at them for an extended amount of seconds (that felt like an eternity).

As you can imagine, this inability to instinctively understand what to say or do made a career in client servicing onerous. Over time, I adopted the self-limiting belief that it made me less capable. Just Google the term ‘socially awkward’, and you’ll find myriad articles on how you can (or must) overcome it to be successful.

But after a few years in the workforce (and a couple of job hops to boot), I’ve realised one thing: being socially awkward can be a surprising strength. This isn’t about “getting over” something I struggle with. I’m flipping the script. This is why awkward people rule.

What it means to be socially awkward

While everyone experiences moments of awkwardness from time to time, about 15% of the population truly struggle with social awkwardness. It’s not a mental health condition, a sign of introversion, or shyness. Instead, experts say it’s a collection of experiences that show a lack of intuitive sense to manage routine expectations (especially in social situations).

“They might not be aware that they have to make eye contact when they speak to others, to shake hands when greeting someone, and to say goodbye when leaving,” adds founder and senior clinical psychologist Muhammad Haikal Bin Jamil, and associate psychologist Foong Yoke Kaye of ImPossible Psych Services.

In essence, we’re not entirely “normal”… But that’s okay. Why? Because being socially awkward can be a superpower.

The (surprising) advantages of being an oddball in the workplace

We see the world in a different light, and this can be advantageous in roles that require vast amounts of creativity or thinking out of the box. Haikal and Yoke Kaye tell me that people who are socially awkward have unique views about areas of life that usually go unnoticed.

Think about the TV series The Mysterious Benedict Society, and you’ll catch my drift. It’s a show about four children who go on a journey to save the world. They’re all a little odd and awkward in ways, yet their uncommon personalities and perspectives make them a formidable quartet.

“Socially awkward people make great additions to teams as they provide different perspectives. This reduces the likelihood of groupthink,” Diana says, referencing a phenomenon where people prioritise group consensus over the best solution. “They may not feel the need to fit into social norms. This reduces the obstacles they face in deciding what they want to do and striving towards their goals.”

There’s power in our passion. Socially awkward individuals are great at mastering skills and holding proficient conversations in matters we care about. We may not be a jack of all trades, but we’re sure as hell the master of one. This means we have the propensity to excel at unconventional or creative careers like artists or entrepreneurs (or in my case, a writer with a penchant for topics like this).

Though we may struggle with surface-level interactions, we’re great at building meaningful ones. In comparison to a disingenuous person with a glib tongue, socially awkward people lean towards honesty and sincerity. “They’re more likely to form lasting relationships, which helps with connecting and networking – even if they didn’t intentionally set out to do so,” Diana explains.

Love yourself, work on yourself

We should be proud of who we are. Our awkwardness adds more to the world than what it takes from it. Mix all this with opportunities for self-growth, and you’ll find overwhelming confidence to take on new challenges and social situations. Here are some helpful tips from experts to build on your strengths. Yes, you can still shine at work as an introvert

According to Haikal and Yoke Kaye, the majority of people form judgments about an individual’s likability within a matter of seconds. This means first impressions count the most. Even if you’re worried about how you might perform during a conversation or meeting, you’ve already won half the battle by showing up with an amiable vibe. “Remember: an energetic stance, a smile, and a friendly tone always help,” they advise.

The saying ‘practice makes perfect’ holds more than an ounce of truth. You might feel inclined to withdraw from social situations to avoid awkwardness, but the more you practise, the easier it will get. Trust me – I’m (almost) a whiz at chatting to everyone now.

“If you’re naturally socially awkward, remember three “rules” or expectations of a social situation first: smile, look into the person’s eyes when you greet them and ask them how the event is going,” Haikal and Yoke Kaye say. “Work on mastering this, and you’ll feel less anxious and more assured in picking up the social rhythm.”

Diana suggests practising with a trusted person if you’re afraid. You can even sign up for social skills training under the guidance of a mental health professional if you feel you need more help.

3. Be kind to yourself

A bit of self-compassion goes a long way. Remember that everyone experiences awkward moments of their own from time to time. Haikal and Yoke Kaye remind us that these moments rarely ever carry any dire consequences. So laugh it off and embrace the awkwardness of the situation!

“In the same vein, be compassionate when someone is in a socially awkward situation,” Diana says. “Give an acknowledging smile or simply say, ‘don’t worry about it, it happens to all of us’.”

Feeling blue from the last interaction you thought you blundered at work? This is a reminder that you’re pretty cool, and that being a little socially awkward doesn’t have to hold you down. It didn’t stop me, that’s for sure!

What to do when there’s bad blood in the office

Talk to me: Conversation starters for any situation