There’s no one-size-fits-all path to success and satisfaction. These three individuals took their shot at a career change and never looked back.

Whenever I tell someone I did an Engineering course in polytechnic, it’s always met with scepticism since I’m now a radio DJ at Kiss92 FM. “You weren’t in mass com? What does engineering have to do with radio?” Nowadays, it’s common to do a career change or have a resume littered with unrelated job stints. These Jackson Pollock types may even be more valuable than someone with two to three long-term jobs. It begs the question: what’s more important in a career, certificate or passion?

Education is important, but is it relevant?

I flunked my Math and scored measly for English, so I wasn’t getting into Mass Communications at any polytechnic. The only course that took me – after much persuasion from my father – was Material Science because I scored A1 in my sciences. That was my life in poly: studying a subject I had no interest in because I had to get a diploma in order to get a degree.

Similar to me, Christine Seah is the owner of Ruff Cuts, and the former owner of Dapper Coffee. The 30-year-old studied Mass Communications with the hope of getting a job in the media.

But like many of us, she eventually realised it wasn’t what she wanted. After making her mark in the F&B industry with her wildly popular “unicorn tears” drink, she up and left!

An ex-intern of mine, 26-year-old Pooja Devi graduated with a diploma in Communications and Media Management. She admits she had no idea what job she could actually get with that. But after crossing her fingers when it came time to select her internship, she scored a marketing job with us at Kiss92.

She appreciated the responsibility and was grateful for the wide scope of work entrusted to her. She loved her job! It was a great environment with amazing colleagues… till one day she asked herself what she specifically liked about her job. When it dawned on her that it was the people and not the actual work, worry set in.

People, especially the new generation, don’t grow old in a company. They learn what they can and move on. “People are temporary,” she tells me. The thought of staying in marketing gave her chills. So, once her internship was up, she was left clueless and quickly running out of money.

Finally, we have Clifford Wong, 29, who did Applied Drama and Psychology at Singapore Polytechnic (a now-defunct course) with the plan to further his studies in NIE and become a literature teacher. He’s now one of the better-known fine line tattoo artists in the city working at Singapore Electric.

Clifford initially went back to his alma mater as a relief literature teacher raring to make a difference. He admired the way his teachers had genuine connections with him as a youth and was ready to do the same. But, upon returning, it was a stark realisation that things were different. Rules were more strictly implemented when it came to fraternising with students.

“I realised the motivations for me going into teaching were no longer applicable to that line of work. Perhaps I was actually more interested in working with youths or working in youth outreach as opposed to teaching,” he says. Naturally, tattooing was his next choice!

While getting tattooed, his tattoo artist Lionel felt he had a genuine interest in the craft and offered him a rare apprenticeship. That was a game-changer. Having been a person who, in his own words, “never strived for excellence”, tattooing was his Everest. It was a welcome challenge.

“Tattooing was the only time I was motivated to pursue goals; the only time I felt a great sense of achievement despite failures. Till now, it’s one of the only things in life I feel a deep sense of pride in,” Clifford says.

For Pooja, her lightbulb moment came out of desperation. “During my gap year, a friend told me her school was hiring. Since I was broke and needed a job, I took it purely for income’s sake,” she says.

Three years into her new career, she met two children who would forever live in her heart rent-free. “Asher and Ethan were diagnosed with Autism Spectrum Disorder. They were my first students who had special needs. I wanted growth and as a pre-school teacher there wasn’t much room for that, so I chose to go into teaching special needs children,” she says.

Fast forward to 2022, the bubbly and carefree intern I remembered is now in her sixth year of teaching with no plans to stop! “I spent four years teaching neurotypical pre-schoolers and two years teaching upper primary students in a special needs school,” she proudly proclaims. Growing up with a father who was a trainer in the K9 unit, Christine was taught to respect dogs from a young age and not treat them as toys. She wasn’t formally trained by her dad, but she watched, learned and unknowingly absorbed far more than she was aware of.

After being a professional chef for 10 years, the need to explore pulled her away from the food scene. Enter Bubba, her Singapore Special who made all the difference. She sold her cafe and started from the bottom in the pet industry. Learning it all, from dog walking to pet hotels, she took up a grooming course and worked for three years in a pet salon to familiarise herself with the ropes.

While doing an apprenticeship with a dog behaviour trainer, the frequent question of where to groom these challenging dogs popped up. Light bulb moment! Two years on, Christine now runs Ruff Cuts alongside five other groomers, with plans to possibly open another shop. However, her main focus is working on an online series of masterclasses to equip dog owners with the right tools.

“As I started to gain a reputation, I realised I can’t have every Singapore Special owner reliant on me. I shifted my focus toward education. I believe the best thing is for owners to have the knowledge and skill to do basic grooming themselves,” she says. “Ultimately, my goal is for owners to understand and live harmoniously with their dog, and not have so much anxiety over something as trivial as grooming.”

Master of all trades, jack of none doesn’t seem so bad

I’m into my 13th year of radio with the same company, but I admire anyone who takes a chance, bets on themselves and makes a career change. While Pooja is pursuing her passion as a teacher with a diploma for special education with NIE, she’s still open to the possibility of change.

“To be honest, I won’t be surprised if, 15 years down the road, I’m no longer teaching. I believe your needs and wants change according to your experiences. I’d never restrict myself to being a teacher forever because I won’t know if I’ll still have the same passion or energy,” she says.

Clifford, though not old by any means, puts it best.

“I have a deep respect for the younger generation. The idea of having more than one path to get where you want to be is increasing greatly with each generation. They’re far less risk-averse and constantly surprising folks with ways to monetise their passions. This bravery I’m witnessing makes me hopeful for the future and excited to see what it’ll be like when they’re the frontrunners of society.”

So, are you inspired to make a career change? 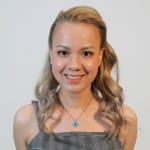 Jill is a radio jock with KISS92, on weekdays 6-10am, which means she likes talking to herself and lacks a social life. She also loves chicken wings and a good stiff drink. As a new mum, she's still figuring out whether she truly enjoys motherhood. She's fairly confident she does. Follow her and her dogs on Instagram.

Do you have enough money to quit your job?