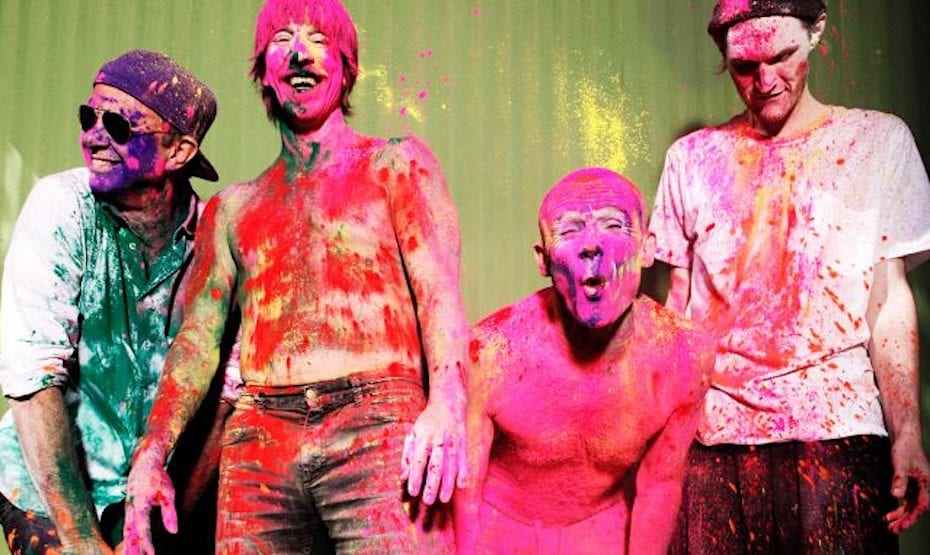 It’s official. The F1 Singapore Grand Prix is spoiling us with a massive line-up that’ll take us days to recover from.

Red Hot Chili Peppers, Gwen Stefani, Swedish House Mafia and Hans Zimmer? *cries in joy* We do not deserve this line-up. Following last year’s concert lineup, the 12th edition of the F1 Singapore Grand Prix has gone above and beyond to provide us with over 100 hours worth of non-stop performances. Though Cardi B’s giving it a miss, we’re positive that Gwen Stefani will take us to a ‘sweet escape’. Mark your calendars for 20 to 22 September!

Get ready for electro house music as Swedish House Mafia kicks off the weekend on 20 September with Jamaican legends Toots and the Maytals (who will also be performing on the last night). On 21 September, English rock band Muse will rock the stage with earworms like ‘Starlight’, ‘Uprising’.

Take note: Hip-hop artiste and rapper Cardi B has pulled out of the event due to some rescheduling of her current tour. Not all hope is lost though. Fans of Gwen Stefani can rejoice as the three-time Grammy winner will be taking the rapper’s place. Be prepared to sing along to hits like ‘Hollaback Girl’, ‘Don’t Speak’ and ‘The Sweet Escape’.

DJ Fatboy Slim will be throwing records on the turntables on both 21 and 22 September. On 22 September, end the F1 weekend on a high note with Californian rock legends Red Hot Chili Peppers who will be back after 17 long years. Award-winning composer, Hans Zimmer – yes, the man behind the iconic soundtracks of The Lion King, Pirates of the Caribbean, Gladiator and The Dark Night Trilogy will take you through a stirring concert experience complete with a live symphony orchestra. W.O.W! Multiple genres, rising stars from around the world and debuts

Along with international acts, enjoy a medley of multiple genres and over 14 rising stars from around the world like Motown-influenced tunes by Scottish pop-rock band, Texas, East and West influences from hip-hop artiste, Raja Kumari, local-based R&B electro-pop songstress, Ffion, catchy tracks from Bangkok-based tropical group, Gym and Swim, sultry vocals by Malaysian artiste Njwa, plus interactive shows by Swoon and magician, Troy.

Big names on the culinary front too!

This is not part of the entertainment line-up but as shameless foodies, we couldn’t help but yelp over Heston Blumenthal’s name in the gastronomical line-up. You read that right – the three-Michelin starred chef will make his debut at Formula 1 Paddock Club alongside Nobu at The Boardwalk, Rockpool by Neil Perry, Como Cuisine (in partnership with Culina), Tarte and Stockton Bar by Maximal Concepts. We’re already counting down to the show…

The most exciting things to do this September

Hotels that offer a spectacular view of the F1…