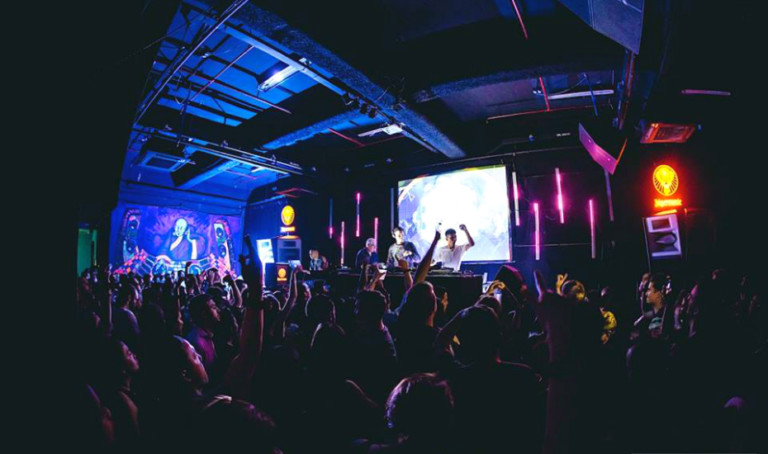 The Escape 56 series is finally back! (Credit: Colossal Photos)

The party series curated by DJ and promoter, Zig Zach, returns in a big way to St. James Power Station

He’s made us boogie ’til dawn at Aliwal Arts Centre, and even ushered us into a hidden warehouse rave along Henderson Road, and come March this year, Zig Zach is only just warming up. After four months of biting our nails in anticipation, we finally get the return of his Escape 56 series, an unpredictable pop-up party that’s always turned the dance scene on its head. And this time, we hope you’re wearing a helmet.

Back on 3 March, the third edition of Escape 56 now invades the enormous, factory-like space of St. James Power Station, with a lineup that’s sure to make you dizzy. Local techno maverick, Haan – also one of our standout acts from the last ZoukOut – will keep the floor warm and toasty. He’ll be playing alongside Indonesia’s Jonathan Kusuma, whose thumping releases have been picked up by labels in Japan, Paris, and even Berlin.

One huge name that returns to Singapore – and also a frequent guest in Zig Zach’s parties – is Eric Volta, known for his emotion-laden, mind-tripping journeys of deep and tech-house. Having recently played an entrancing sunrise set at Wonderfruit, Volta is one to brace yourselves for.

Yet, he’ll be joined by another headlining duo who’s been blowing up all over the industry as of late. Known as Red Axes, these Tel Aviv natives are more than just your average DJs; they’re also one of the most bewitching live acts you’ll ever catch rocking the dance floor. Along with live beats crafted manually with drum machines and melody loops punched out with synthesisers, these two even incorporate harmonicas, vocals, and other exotic instruments you’d hardly expect from a dancey boogaloo.

Second release tickets are still available, so get them on the WAAVE app via this website.