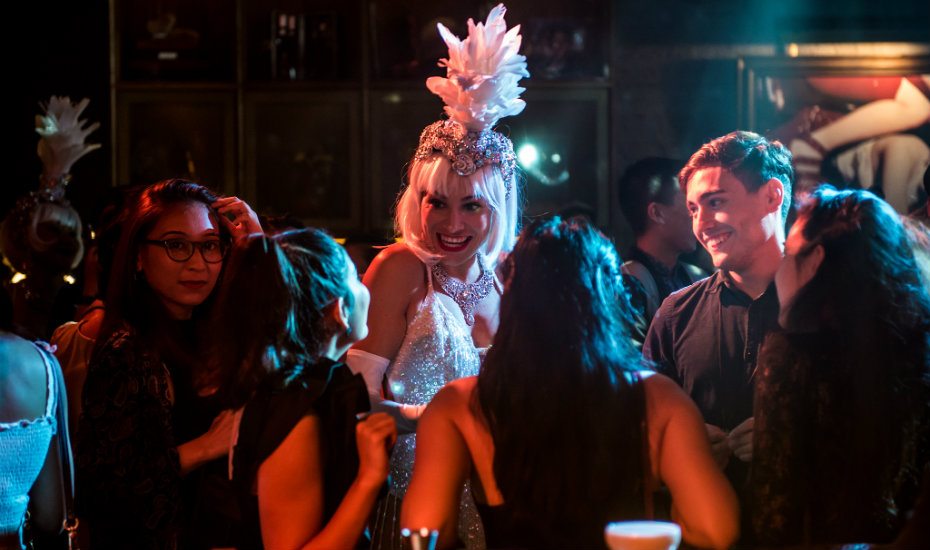 Here's the takeaway: the Secret Theatre Project is one wild ride you won't want to miss.

Disclaimer: this review is spoiler-free.

Having been a fan of Secret Cinema in London, I’ve always been intrigued by immersive live performances that cleverly fuse elements from cult films and theatre. So when word got out that the Secret Theatre Project is finally making its way to Singapore after a successful run in Hong Kong, I was absolutely chuffed. Since it’s a hush-hush affair, I didn’t know what to expect, but I was secretly hoping to be whisked away on a boat trip to a haunted mansion a la its Hong Kong run. Of course, I wasn’t expecting another round of Se7en Deadly Sins, but the clues that lead up to the actual show did hint that it’s going to be just as exciting…

Immersive, it was – everything felt safe the minute we stepped into the venue, and we didn’t suspect a thing! The actors did a brilliant job of being subtle: you have to be quick on your feet to recognise the actors from the audience, but with given clues, you won’t have to go full-on Sherlock Holmes to crack the code.

However, you do have to be on high alert to follow the story. Chances are you’ll know the film the performance is based on the moment you let your eyes wander and observe the surrounding aesthetics, from the set design and lighting to costumes and dialogue. It took an intense scene for me to have that lightbulb moment (you might literally find fragments flying towards you, but don’t be alarmed), and though I had to dig through my memories to find where the story’s heading, I was still captivated by the live action and the wonder of a plot twist.

For those who weren’t familiar with the plot, the experience would feel rather confusing and intimidating – you have to be on your toes and keep looking over your shoulders for unwanted surprises. But that’s the beauty of immersive theatre; you never know what’s going to happen next! We certainly were caught off-guard with the extra props that we were told to… handle. 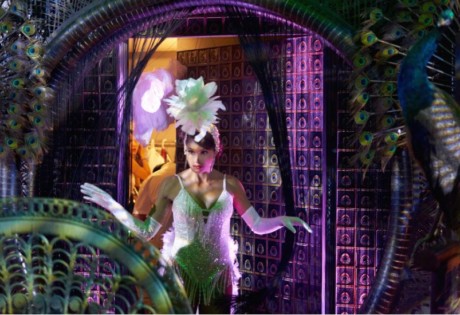 Are you game for a super secretive, immersive experience?

Nonetheless, it’s brilliant to be able to witness the character’s uncut journey as opposed to watching the final edits of a film. Unlike a traditional stage performance, the entire experience felt like an immersive game (we were more like Player 3) rather than simply watching from the sidelines. You have to be involved one way or another – whether that’s interacting with a prop, a character or simply making some noise (guilty) – or it’ll be a total flop. I found myself wondering how I should proceed next to contribute to the heart-pumping story. My advice? Go with the flow. Oh, and ditch the heels; there’s plenty of moving about. Despite the size of the venue, the entire set, characters and everything in between somehow worked. I applaud your vision, Mr Richard Crawford (founder and artistic director)!

Unfortunately, there is nothing more to say without giving it away. Though I was expecting more action and more interactivity to set it apart from its rather *bleep* film counterpart, the Secret Theatre Project is worth booking your tickets to, especially if you want an interactive fun night-out than simply camping at the bar…