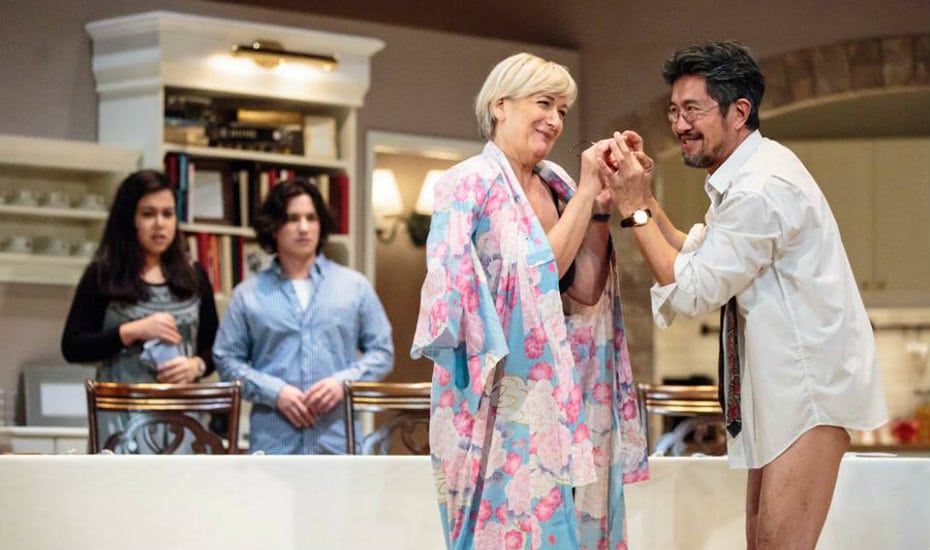 Pangdemonium plays are always one to catch in Singapore. Photography: Pangdemonium

All the world’s a stage but you don’t have to look far for good theatre in Singapore. Drama is always around!

Need to fill up your artsy calendar? You’re done with the museums and exhibitions and need some performance art to complete you? From stand-up comedy to outdoor theatre, here are a bunch of theatre companies in Singapore that you should keep track of.

For thought-provoking family-friendly plays
Helmed by Artistic Directors Adrian Pang (also a prolific local actor) and his wife, Tracie Pang, Pangdemonium hopes to provide theatre aficionados accessible, relevant, and most importantly, inspiring English-language works, without compromising on artistic and entertainment appeal. Pangdemonium is also known for its thought-provoking, family-friendly plays. Some of Pangdemonium’s memorable productions that have touched many hearts include Spring Awakening, Rabbit Hole, Next to Normal and Dragonflies.
Pangdemonium, 27 Ubi Rd 4, Singapore 408618

For plays that are about social awareness and community
Formed in 1990, Drama Boxhas gained a respectable reputation for presenting works that raise social awareness and instill civic responsibility amongst Singaporeans. The works by Drama Box tend to engage and immerse the audience with the issues discussed in the play. Popular with the youth and school crowd, it’s good to start ‘em young on performance art and being good citizens… Coming up next? Chinatown Crossings, which will run from 22 June to 18 August.
Drama Box, 14A-C Trengganu Street, Singapore 058468

The one with local flavour
Established in 2000 by Ivan Heng, an internationally acclaimed and award-winning theatre practitioner, W!LD RICE is seen today as one of Singapore’s leading professional theatre companies. W!LD RICE typically offers productions that provide an open forum for the shared experience of theatre, commemorate diversity, and reflect on the issues of today’s society. W!LD RICE shows usually have a local touch to them.
W!LD RICE, 65 Kerbau Rd, Singapore 219188

The ones that question current-day politics
Led by 2014 Cultural Medallion recipient, Artistic Director Alvin Tan, The Necessary Stage (TNS) is a non-profit theatre company with charity status. Since its establishment, TNS has successfully created challenging, indigenous and innovative theatre that tugs at our heartstrings. They’re also the ones responsible for curating the annual M1 Singapore Fringe Festival, that’s usually decked out with a line-up of vibrant theatre productions.
The Necessary Stage (TNS), 278 Marine Parade Rd, Singapore 449282

The folks behind Shakespeare in the Park
Experience a mix of Broadway, the West End, and the richness of Singaporean culture with this local veteran. Recognised as one of Asia’s leading English-language theatres, Singapore Repertory Theatre (SRT) is known for staging highly popular and critically acclaimed productions such as the famous Shakespeare in the Park series (the recent production of Julius Caesar was a knockout), and Spider Woman, which stars local and regional performers.
Singapore Repertory Theatre (SRT), 11 Unity Street, Singapore 239035

Young theatre graduates and budding playwrights may apply
Founded in 2007, Buds Theatre Company was formed as a not-for-profit group to offer a platform for ​young theatre graduates to practise their craft and hone their skills. You can expect Buds to produce a minimum of three plays annually – with a focus on young and relevant theatre pieces that are no more than 10 years of age and of international standing.
Buds Theatre Company, 180 Joo Chiat Road, #02-01, Singapore 427451

If you like your drama with some dinner
While not exactly a theatre company, ANDSOFORTH’s interactive events are definitely affairs you should put on your checklist (we went to one!). Inspired by the fascinating dining sub-culture in London, ANDSOFORTH wishes to introduce Singapore to pop-up restaurants that specialise in marrying art with dining. Imagine having a theatrical feast, where anything can happen. You might even end up playing the lead (or a villain…)!
ANDSOFORTH

For the best theatrical effects
Steered by one of Singapore’s well-revered artistic directors, Natalie Hennedige, Cake Theatrical Productions is a contemporary drama company dedicated to crafting original works by allowing bold experimentation that deviates away from conventional theatre practices. Simply means that If you’re looking for a show with unique delivery of text and mesmerising theatrical effects, Cake’s productions will not disappoint you. In fact, we’re certain it’ll keep you on the edge of your seats throughout its shows.
Cake Theatrical Productions, 242 Tanjong Katong Road, Singapore 437030 If comedy’s your favourite genre
Founded by well-known Singaporean actress, Selena Tan (you may know her as a Dim Sum Dolly), in 2000, Dream Academy Productions is a self-sustaining independent arts and entertainment company in Singapore. Dream Academy is funded almost entirely by ticket sales from audience members and its loyal supporters. Dream Academy is also known to dish out uber hilarious stand-up comedies – Maybe Knot, Wanton Me, and Revenge of the Dim Sum Dollies, just to name a few! When it comes to side splitting jokes, this one trumps the competition.
Dream Academy Productions, 203a Henderson Road, #02-01, Singapore 159547

Genre-transcending, well-written plays
Established in 2002 in Singapore, Checkpoint Theatre was founded by two brilliant artistic directors in the local performing arts scene: Claire Wong and Huzir Sulaiman. Creating contemporary Asian plays that aims to inspire and challenge both local and international audiences, Checkpoint Theatre will bring you a slew of engaging productions that come in various themes and forms – from socio-political satire and explorations of history and memory, to rapid-fire comedy, powerful music and arresting imagery.
Checkpoint Theatre, 90 Goodman Road Block B, #02-03, Goodman Arts Centre, Singapore 439053

French culture all day, everyday
Whether you are a closet Francophile or proud to be one, Sing’theatre might pique your interest. Founded by Nathalie Ribette in 2006, Sing’theatre is a non-profit professional Singaporean drama company with a French twist. With its aim to promote cultural exchange, Sing’theatre creates productions by drawing inspirations from French cultural heritage – introducing the audience to French music, folklore and much more. Since its establishment, Sing’theatre has put up productions featuring iconic French and European singers, with plays and musicals written in Singapore.
Sing’theatre, 21 Tan Quee Lan Street, #02-10 Heritage Place, Singapore 188108

Quick wit and going with the flow is how they roll
Imagine a crossover between “Whose Line is it Anyway?” and drama productions… sounds like your cup of tea? Aspiring quick-quippers can have a dig at improv and polish any existing skills with Singapore’s biggest improv company. Besides providing you with the tools, tips and tricks to unleash your inner Amy Poehler, The Improv Company also produces regular shows, and even hosted Singapore’s first sold-out improv festival in 2016. You’re definitely in good hands with these pros!
The Improv Company, 62 South Bridge Rd, Singapore 058692

The ones that give life to puppets
Catering to both adults and youths, The Finger Players fuse puppet theatre and other art disciplines for an entertaining hybrid like no other. The company’s unique style is evident in its 16 multidisciplinary productions, winning accolades like the Straits Times Life! Theatre Awards and a President’s Design Award from the Design Singapore Council – impressive! Time to flex those fingers for some puppetry fun.
The Finger Players, 126 Cairnhill Rd, Singapore 229707

Singapore illustrators you need to know about

Feed your mind at these museums