Radio DJ Rod Monteiro is remarkably resilient, having established a name for himself in another country for years before coming home and doing it all over again. This is his story…

Rod Monteiro is a familiar voice we all grew up with. Doing multiple time slots on different local radio stations, it’s hard to have missed him. That’s why, when I found out the 55-year-old radio DJ was coming back to Singapore’s airwaves, I was beside myself with excitement. “Finally! Radio will be exciting again,” I thought.

It’s been 10 years since we lost him to Malaysia. Quite simply, Rod Monteiro is to radio what Michael Jordan is to basketball, and Cristiano Ronaldo is to football. The sports are still worth watching without them, but the magic just isn’t there.

However, a portion of the news that covered his return to Singapore radio focused more on him being fired (almost 10 years ago, I might add) than I thought necessary. So, since I had the privilege of working with the man (on the same team that got fired, no less), I figured I’d take a shot at telling his story.

Leave the past in the past

Rod Monteiro was a party DJ for Hard Rock Cafe back in the day before making the move to Mediacorp radio. Many remember him and fellow DJ Glenn Ong for the Tiger Beer campaign they did back in the late 90s. They’d ask each other, “Bruddah, what time is it?” And end with the tag line, “It’s Tiger time!”

Throughout his career in Singapore, he’s won radio awards, hosted Swing Singapore (Singapore’s biggest street festival back then) and many New Year’s Eve countdowns. His latest achievement? Broadcasting to over a million people in Malaysia, and being the first deejay in Singapore’s history to have a radio show in two countries. (Rod does a weekend show on Lite FM and has a show on One FM 91.3.)

However, the news about Rod’s recent comeback brought up a practical joke we did on the radio years ago. One that led to our team getting fired. Was that all Singapore saw him as? A prank, a mistake, a joker? I knew him as an innovator with grit and resilience. And I’ve got the receipts to prove it.

The prank that ended it all

The Married Men, a popular radio show that started in 2007, was known for tongue-in-cheek skits and light-hearted antics. “Kena Pluck” was a particularly popular segment we did on the show, where our listeners would write in with a scenario and beg us to prank their friends. I won’t go into detail about the one in question, but it was actually done when Rod wasn’t even around.

It was standard for us to be in the studio at 4.30am to write news and entertainment stories. That fateful day, we all noticed Rod was tripping on his words, but we put it down to exhaustion. Just before we went on air, our co-host Andre Hoeden noticed Rod was dragging his leg while we walked to the studio. He was the first to spot the slurred speech and uneven strength on one side of the body as a sign of a possible stroke.

Being ever dedicated to his craft (aka a workaholic), Rod decided to finish the show before going to the hospital as he “felt fine”. In fact, he had suffered an acute stroke. But instead of resting, he called from the hospital to make sure we’d have all we needed to put on a good show the day after.

In short, we did the prank when Rod was in the hospital. Yet his name is synonymous with the antics that got the team fired. 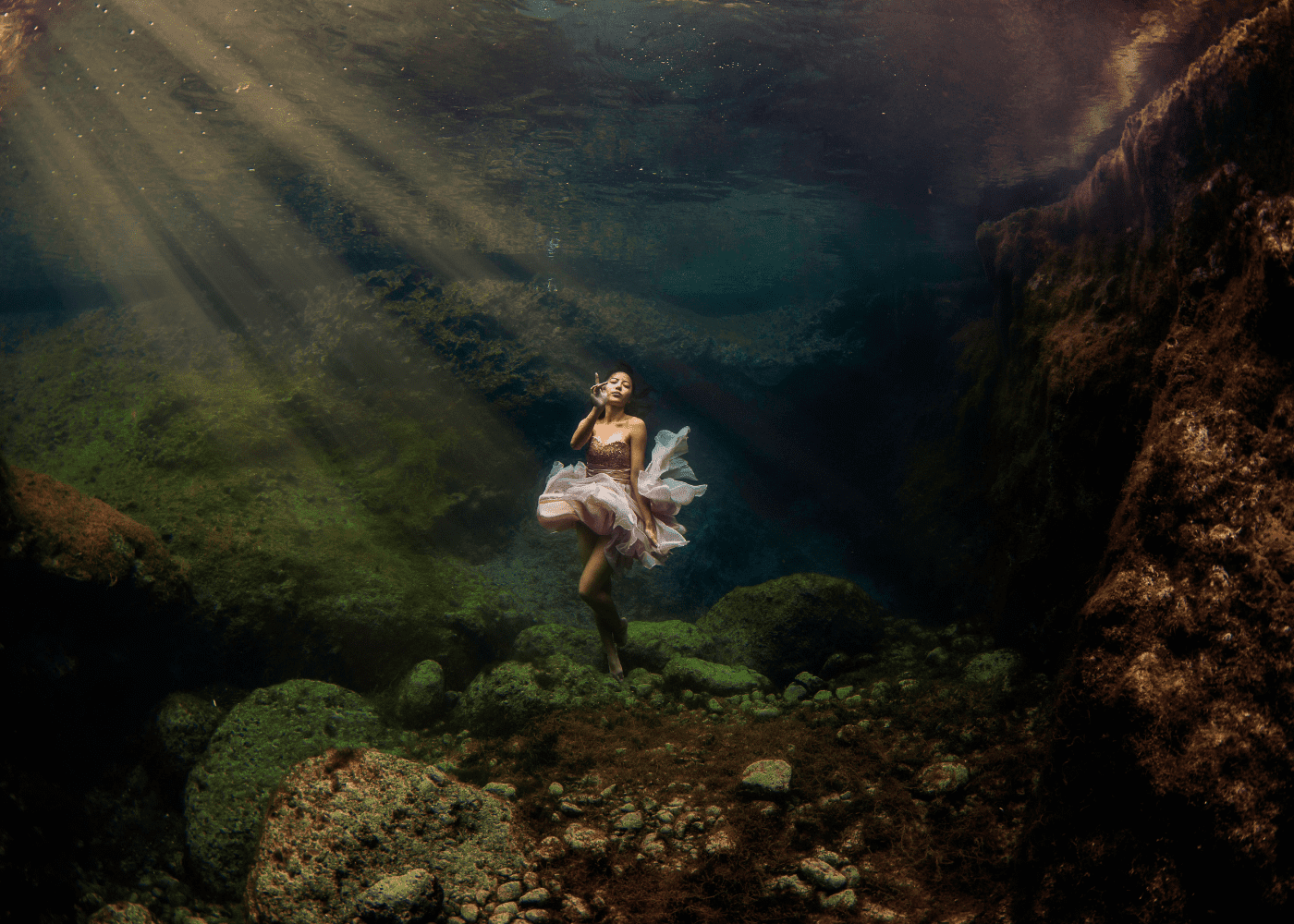 Leaving at his peak to start from the bottom

Rod was arguably at the height of his career in Mediacorp. After travelling to the US and Italy as part of the National Association of Broadcasters, he saw how differently radio was done. Inspiration struck: he knew he had to do more and be more. This meant leaving his comfort zone and starting fresh with unknowns willing to follow him.

“I wanted to be on the smallest station with a brand new team who had never done radio and see how far we could climb,” he tells me. The very first iteration of The Married Men was the first time a Singapore radio show consisted of so many people and moving parts. But eventually, there was a revolving door of co-hosts as people left for various reasons.

Rod was the main man, which meant he had the stress of making sure the show did well to put food on his family’s table, and he was responsible for everyone’s pay cheque. It also meant he could up and leave us in the dust because multiple radio stations wanted him to join them.

Little did I know, Malaysia had been after Rod for the longest time. Twenty years earlier, Hitz FM had contacted him to check out how their show ran. Malaysia would come knocking more than a handful of times throughout the decades, with the last knock coming just in time.

Change is never easy for anyone, even more so when it’s sudden. In January 2013, we were fired. I was 23, and while it was shocking to be out of a job, I didn’t have any real responsibilities. Rod, on the other hand, was the sole breadwinner of the family. He finally took up the offer to join the morning show on Mix FM and found himself uprooting his family to a new country where change would be uncomfortable.

It was a move that gave him his biggest audience ever. I couldn’t help but wonder if we didn’t get fired, would he have turned down Malaysia again?

“Yes, I wouldn’t have gone! The Married Men was still in its infancy and we had barely shifted into second gear. There was so much more to do. At that time, we were the second biggest morning show here. Singapore hadn’t seen anything yet. The show was my baby and it was still growing,” Rod says.

“My wife Joyce was sceptical at first, but eventually she got on board and even got her driver’s license, something she’d never have done had we stayed in Singapore. [My son] Darion was 12, he was adaptable. It’s like ducks – where the daddy and mummy go, the ducklings will follow.”

Rod seemed to have that effect on people. He’d have a crazy idea, take the lead, and we all held on for the ride. The Malaysian audience followed suit.

Both his family and career did well in their new homeland, but it was still a challenge. “Singapore is safe. There isn’t much to worry about,” he says. However, in the early years after their move, a nightclub bombing occurred. Although the bomb went off at 3am, it was along Darion’s school bus route. That was a new reality the family had to face.

Although Rod still has his show in Malaysia, Darion is now 18 and starting National Service, so a move back to Singapore was the best choice for them. Once again, it meant leaving at the height of his career in Malaysia to come home to a new Singapore. The landscape has shifted greatly in the last 10 years and he’s still feeling out his new audience.

His on-air personality and passion for radio haven’t changed, but Rod is the first to say he’s more humble now. He admits there was a time he was difficult to work with, demanding nothing less than his level of excellence. Now he realises everyone just needs to be guided to the best of their abilities. After such a rollercoaster career with the highest heights followed so closely behind by the lowest drops, how does he remain motivated? It’s exhausting just hearing about his journey.

“There’s no time to think, only do. It’s very primal. If an animal is hungry, it eats. If there’s no food, it moves on elsewhere to find it. It doesn’t sit around being sad. Keep moving. Keep going. There’s no time to be tired,” he says.

Over the years, Rod has carried the weight of his family and career with confidence and flair. He reinvents himself whenever the need calls for it and constantly rises from the ashes of setbacks. Might he be the real-life embedment of a Phoenix? I, for one, can’t wait to see what he does next. Jill is a radio jock with KISS92, on weekdays 6-10am, which means she likes talking to herself and lacks a social life. She also loves chicken wings and a good stiff drink. As a new mum, she's still figuring out whether she truly enjoys motherhood. She's fairly confident she does. Follow her and her dogs on Instagram.