Have a morbid fascination with destruction, especially between giga-sized monster trucks? Then you’ll definitely wanna roll out to this high-octane event.

Enter Monster Jam, a spectacle that sees 3.5 metre-tall monster trucks race against each other, crush cars and soar up to 12 metres in the air! Featuring 10 of their most recognisable trucks in the world – including Grave Digger®; 11-time world champion Max-DTM, El Toro Loco®; and Monster Mutt® Dalmatian – you’ll definitely be on the edge of your seat as you behold these star-powered beasts.

Weighing an impressive 4,500kg with 1,500 horsepower, these behemoths are known to do heart-stopping stunts at 100mph – spinning on dirt grounds and more. Family-friendly, Monster Jam is also known for attracting both motorheads and kids – each truck has its own cool design that’s sure to fascinate young ones. Make sure to purchase a pit pass to meet the amazing drivers and see their trucks up-close and personal.

This will be Monster Jam’s grand debut in Singapore, as it celebrates its 25th anniversary. 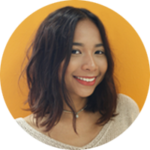 It is highly likely to find Shahf gobbling down plates of sushi when not binge-watching Prison Break on Netflix. Professional bathroom singer on the side, she loves playing football and also spends her hours in front of the mirror experimenting with funky makeup