Attica's turning 12 with a four-day carnival this month (Credit: Attica)

From anniversary parties at clubs like Attica and Blu Jaz Cafe, to underground gigs at CATO, Boat Quay, Kult Kafe and kyo, there’s no shortage of raves this June

What have we learnt in half a year? Ravers are loving EDM despite its stigma, disco still isn’t dead, gig promoters are getting younger and the demand for dance parties in Singapore is swelling like your morning hangovers. But there’s no need to feel overwhelmed with the plethora of parties this June, not when you’ve got us party hunters! From circus-like carnivals in clubs and alfresco family-friendly parties, to boat bashes, pool shindigs and underground gigs, here are our parties of the month this June. Keep ’em coming!

“He ain’t heavy, he’s my brother” – except, the collective sound of these two Italian siblings is indeed a heaving, heavy one. Moody, brooding bass hums and shimmering synth stabs are their forte, letting them stand out from the tech-house community, that’s, in turn, won them collabs with Tale Of Us and Locked Groove. Big, big night at kyō, this one!

After a dozen years of debauchery, Attica continues to be a dominant force in the nightlife scene for both clubbing rookies and veteran ravers. Commemorating its salute-worthy 12th anniversary is a four-day marathon from Wednesday to Saturday – a glam Ladies Night on Wednesday, a booty-shaking hip-hop night on Thursday, a b-day bash for June babies on Friday, and the Mystère Carnaval main event on Saturday with acrobats, stiltwalkers, mimes, LED drummers and more.

Moonbeats’ latest audial frontier sees the promoters roping in the lush, transformative electronica of Brooklyn’s Chrome Sparks. Traversing downtempo lulls and frenetic synth-spewing climaxes, this is one amorphous producer that will trigger sparks in your brain. A dreamy, dancey shot to the senses.

DJ/promoter/Muay Thai trooper, Zig Zach, is at it again with his swashbuckling escapades. His third edition of his Outcast boat party series brings the vibes back to a traditional Chinese junk, serving not-so-traditional, left-field numbers from the house, tech-house and disco crates of KFC, Jeck Hyde, Zig Zach himself, and special guest (and melody maestro), Eric Volta.

Yet another long-revered establishment that turns 12! From improv jazz gigs to underground grime parties, and home to regular nights like Good Times and Tropical Temple, Blu Jaz Café deserves a standing (or raving) ovation for its gung-ho role in keeping the scene alive. For its birthday, Blu Jaz Café will be taking the decks out for one rowdy, alfresco street party with r&b, hip-hop and funk choons. We hope there’s cake… or tequila will do. 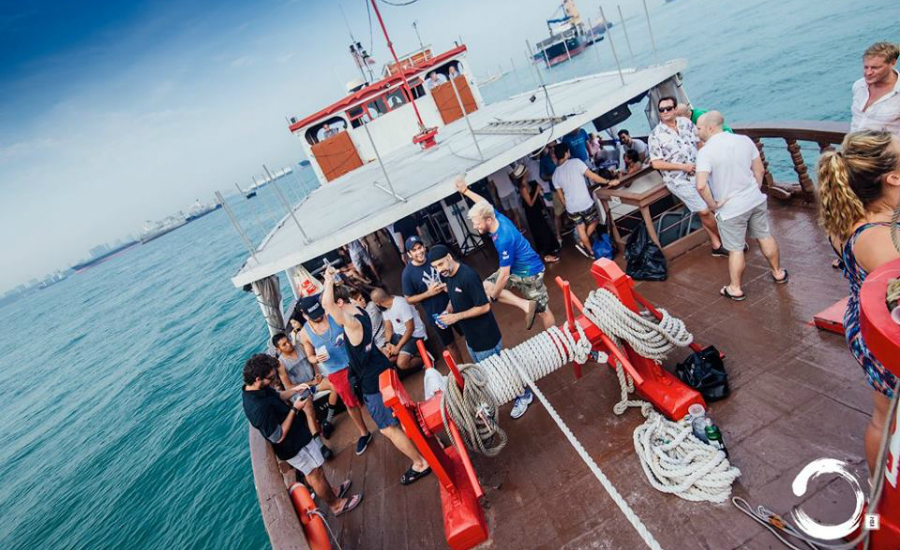 Outcast is sailing off again this month (Credit: Colossal Photos) 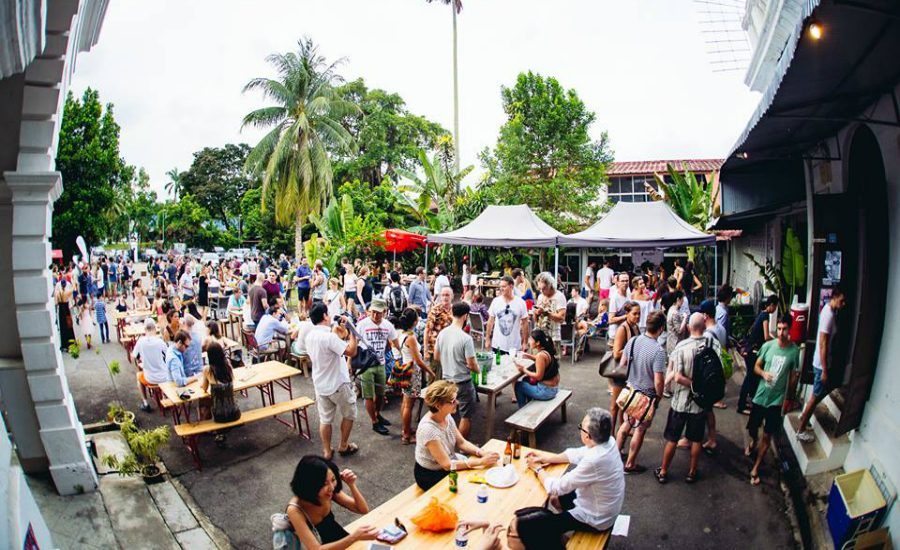 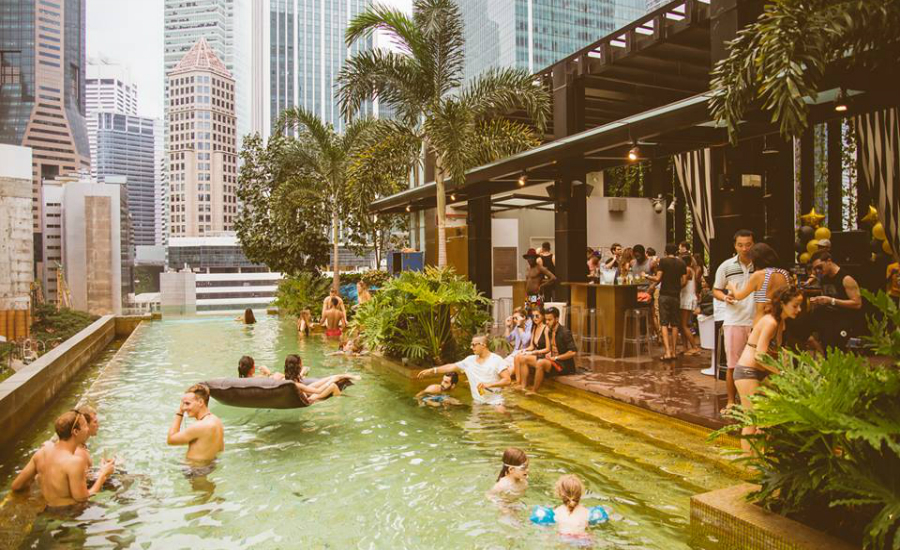 Pool party in the CBD? SRYNTSRY says "Why not?" (Credit: Debbie Y.) 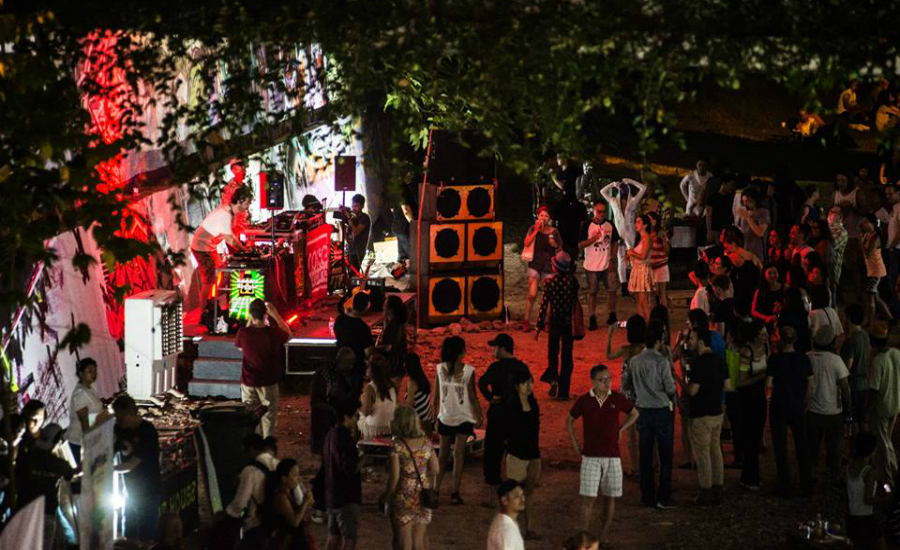 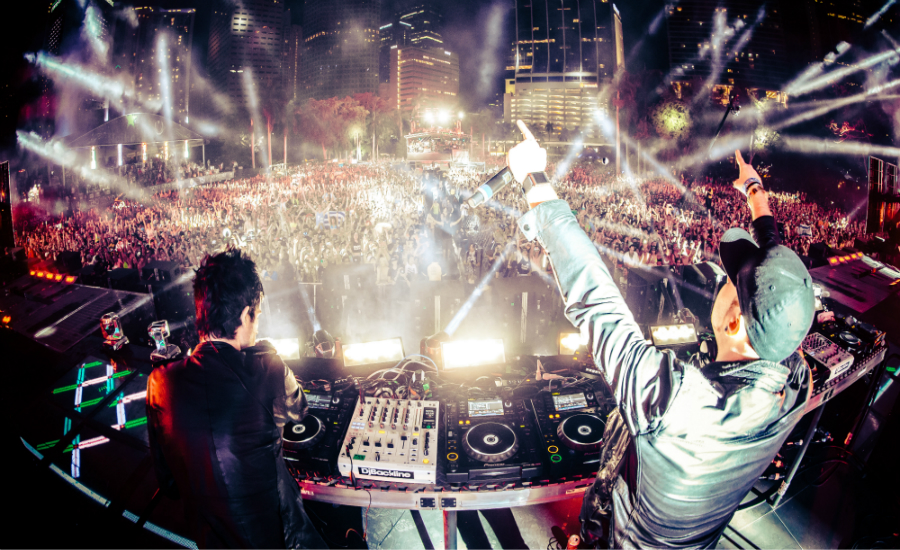 Knife Party, one of the biggest DJ duos in the world, takes over Zouk (Credit: Zouk Management) 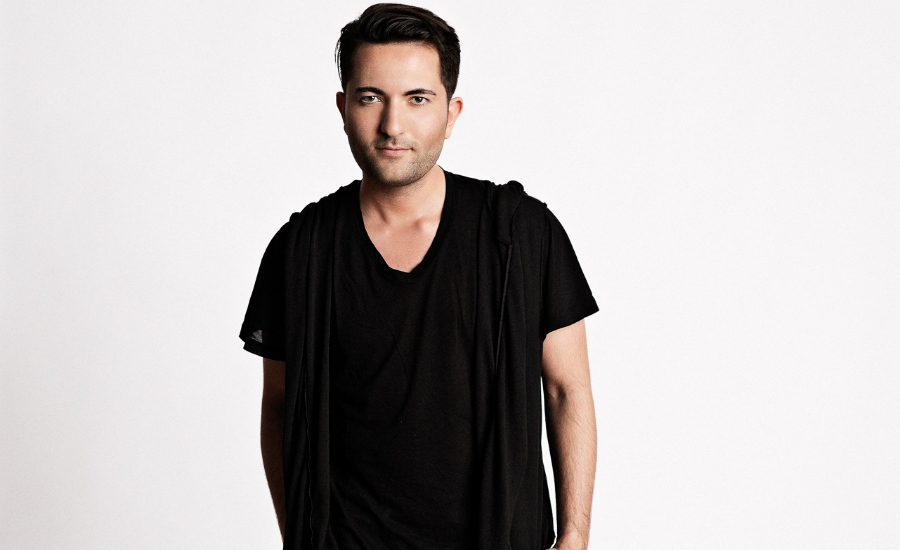 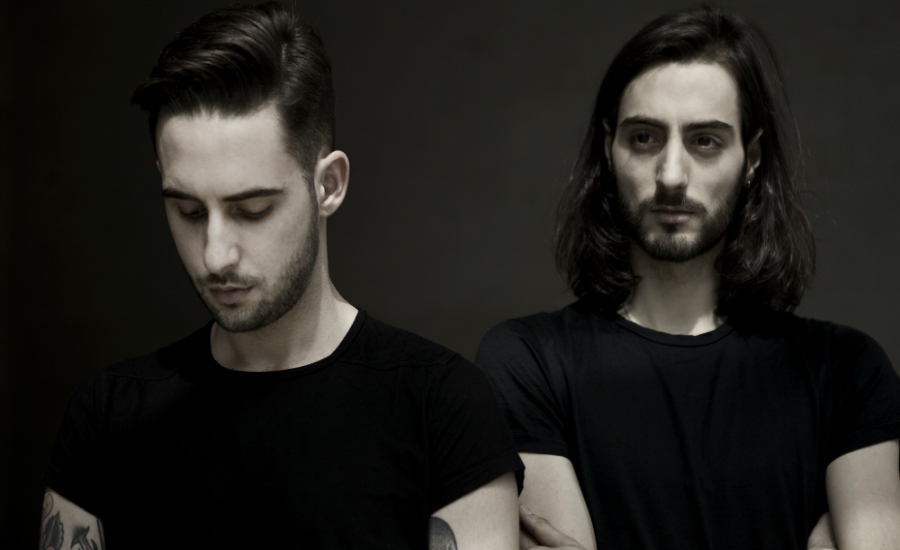 Mind Against at kyō, our Editor's Pick this month (Credit: kyō) 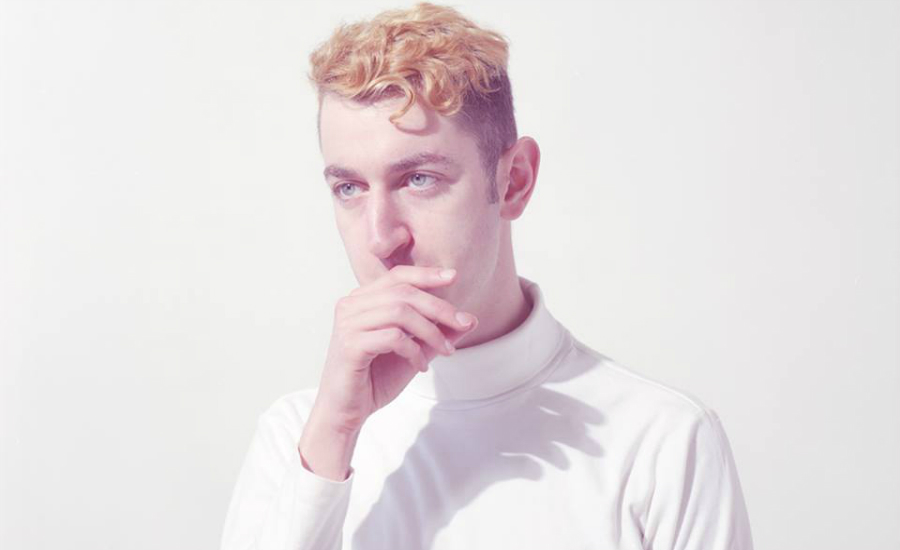 Who knows what electronica producer, Chrome Sparks, will unleash for his Moonbeats set at Canvas? (Credit: Chrome Sparks FB page)

Sunday On The Hill: 5 June at Kult Kafé

If you’re a punter who digs chill alfresco vibes, live graffiti and BBQ, and the smoothest laid-back tunes that will dispel the downer of an incoming Monday, you’ll agree that Sunday On The Hill is the party you need. In case you didn’t know, this series is the ravey reboot of the groundbreaking Sunday At The Training Shed.

Zouk’s definitely not resting on its laurels after ringing in their silver jubilee (happy 25 years old, Zouk!). Keeping the momentum going in June are these two key heavyweight of the EDM industry – the vicious electro and dubstep (the Skrillex kind) of Knife Party on the 10th, and the muscle-flexing progressive house of Deniz Koyu on the 18th. And mind you, these are hardly small names in the circuit!

When us Honeycombers aren’t having team meetings in this seaside Sentosa hideout (’cos our squad is better than yours), we’re swinging by for some of the best beach parties that Tanjong Beach Club has up its sleeve. Next on its agenda is Summer Strip, a revelry that promises the hedonism of Vegas – expect a ‘Bellagi-hole’, instant wedding booths, showgirls and Champagne showers, amidst the sensual tunes of tastemakers like Kaye, Stephen Day and Adrian Giordano. Yeah… maybe leave the lil’ ones at home for this one?

The CBD – place for corporate yuppies, rat racers and… carefree party peeps?? Never thought we’d have a reason to go back to the CBD on weekends, but Hi-So at Sofitel So Singapore gives a valid argument with its tempting pool parties held by the SRYNTSRY crew. Splash and socialise to beats that bounce between tech-house and hip-hop, with decksters Oliver Osborne, Victoria, JNR and Who is Malik.

The EDM bubble might burst someday, but the trance genre is always here to stay! Catch one of the legends who’s been keeping the melody-bursting, beat-galloping genre alive since the ’90s – none other than Germany’s own Alex M.O.R.P.H. Even if you’re completely clueless on what trance is, you’ll be morphed into a fan once this tech-trance titan is done with you.

The Council Presents Young Marco: 12 June at The Council

New headquarters, same ol’ dance goodies! Having recently undergone a change of scenery from 8 Circular Road (Koi) to 66 Boat Quay, The Council is going stronger than ever with a space that can fully accommodate its pounding house and techno bumpers. Amsterdam’s Young Marco, however, offers a groovier and more playful side to The Council, with his retro-hued tunes capable of channelling anything from funk to synthwave, and even some traditional world music for good measure!

Eyes To The Front Presents ManOne: 18 June at CATO

If you’re a party animal in Hong Kong, you might’ve stumbled upon one of ManOne’s residencies in clubs like Fly, Ozone and Woo Bar. Oliver Osborne’s label, Eyes To The Front, now brings this accomplished selector from the Pearl of the Orient to the Lion City. What can you find in ManOne’s sets? You might get bubbly disco, or maybe even austere techno. But we can assure you, it’s absolute class.

This one’s still pretty hush-hush. But if our sources are right, there’s gonna be an anniversary party from the dub meisters behind Lion Steppaz Sound. Lazy Sunday chills, finger-licking food and the tropically languorous sounds of reggae booming from a stacked, custom-made soundsystem? Yah mon, we’re down for this one.

It’s hard to stay relevant if you’ve been in the game for over 20 years, but Amsterdam’s Ferdinand Lijnkamp (AKA Born To Funk) does so with ease and grace. Having played everywhere from Ibiza to Dubai, Ferdinand remains true to his soulful house sound despite the EDM commercialism that prevails in the Dutch capital. And you can now get high on this pure form of house at the highest club in town.