Soft on the inside yet crispy on the outside, who can ever say no to the best egg tarts in Hong Kong?

When it comes to food, you’ll never run out of things to eat in Hong Kong. From dim sum to Hong Kong-style eggs and other local street food, there are plenty of local snacks that the city is much loved for – including egg tarts. Known as dan tat in Cantonese, egg tarts are thought to have found their way to Hong Kong through Macau back in the 1940s, and they’ve been known as the city’s staple dessert ever since. If you find yourself craving these iconic custard tarts, check out these bakeries and restaurants to get a taste of the best egg tarts in Hong Kong.

Where to buy the best egg tarts in Hong Kong

With over six decades of history, Tai Cheong Bakery is an old-school bakery that is best known for its smooth and creamy egg tarts. Claimed as the innovator of buttery shortcrust pastry, the shop attracts long lines every day, and has over ten branches across the city. Even Hong Kong’s last British governor Chris Patten was a fan of its egg tarts!

Founded in the 1940s, Honolulu Coffee Shop is a Hong Kong-style tea restaurant that offers both Chinese and Western cuisine. The coffee shop, which also also has a Western-style bakery, is popular for its coffee, egg tarts, pineapple buns, traditional breads, noodles and rice, plus many other snacks.

Located in Wan Chai, Kam Fung Cafe is the perfect place to go if you’re looking to have a traditional Hong Kong breakfast. Also, Kam Fung is famous for its milk tea and pastries, such as egg tarts and pineapple buns.

Bakehouse has been sweeping the city off its feet with its incredible croissants, hot cross buns and, of course, sourdough egg tarts. That’s right, this Western bakery is making the egg tart no longer an exclusively Cantonese affair – and we aren’t complaining, because it just tastes so damn good! Is it worth the queues though…? Well, you can decide for yourself. 😉

Bakehouse has locations in Soho (takeaway only) and Wan Chai.

Name a more iconic duo than an egg tart and a cup of Hong Kong-style milk tea – we’ll wait. Sun Wah Cafe has been famous for this classic combo since its establishment almost six decades ago. With over 200 paper-thin layers in its flaky crust, the egg tarts are spectacularly crunchy and buttery on the edge. Creamy, luscious, and packed with eggy flavours, Sun Wah’s egg tarts make the best afternoon tea snack. If you’re lucky, you might even be able to catch the freshest batch of egg tarts, coming straight out of the oven. Here’s where to find the sweetest cakes in HK

Not sure where to get egg tarts nearby? Don’t fret, because there might be a Men Wah Bing Teng in your area. Although some may prefer the egg to be a little smoother, the prices are unbeatable here. Also, there’s a clever timer counting down to when the next batch of egg tarts will be released (plus an announcement on the speaker), so that you don’t miss out!

If you want a truly authentic egg tart, head to Cheung Heung Tea Restaurant in K-Town. This traditional cha chaan teng is over fifty years old, and is renowned for its freshly baked egg tarts and cha zau (茶走), which is milk tea made with condensed milk. Opening at 5am every day of the week, Cheung Heung is the ideal place to grab a quick and energising breakfast. To enjoy the tarts while they’re still hot, make sure you head to the restaurant either at 5am (makes waking up so much more worth it, right?), or between 12 and 1pm.

Yep, even KFC is on our list, because its Portuguese egg tarts have always been worth the love. Fried chicken isn’t the only thing you can order here, as the American fast food chain also offers Portuguese egg tarts as part of their snack menu. Using the authentic recipe from Margaret Wong who started the egg tart craze in Macau, KFC’s egg tarts are freshly baked in-store everyday using creamy egg custard and flaky pastry, and they are surprisingly delicious!

Founded in 1998, Pie & Tart Specialists is specialised in serving pies and tarts, including egg tarts. With multiple branches across the city, Pie & Tart is much loved for their affordable prices and convenient locations.

Hong Lin Restaurant is a cha chaan teng that offers a great variety of mains as well as milk tea, buns, toasts, and soft breads. Among their daily bakes, our favourite has to be their egg tart, which comes with a flaky, buttery crust with smooth and sweet custard.

Expresso at The Excelsior (closed)

You don’t have to travel all the way to Macau to get a taste of their famous egg tarts from the Lord Stow’s Bakery. A specialty from the region, this bakery claims to have the best egg tarts in Macau and is even considered a trademark and tourist attraction of Macau. While they don’t actually open the bakery here, you can still get their tarts exclusively at the Expresso at The Excelsior Hotel. 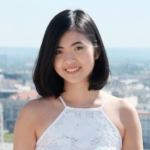