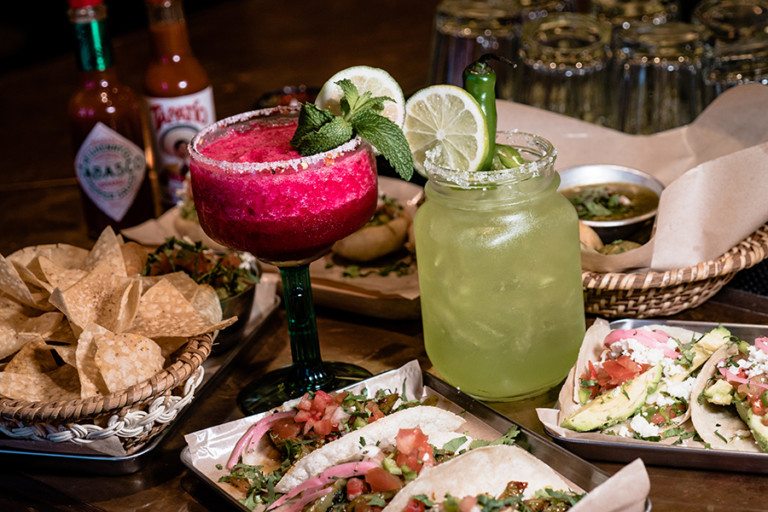 Find out what we think about Agave Central

We headed over to Agave Central to find out what their tacos and tostadas were up to. Did it cut the mustard?

It’s always hard when your friend group is a mix of hearty meat eaters who love steak houses coupled with vegetarians and vegans. Though we have found a few great restaurants in the city that cater to every diet, we’re always on the lookout for more options, so recently we swung over to Agave Central, a new Mexican restaurant, to see what we could find.

We tried out Agave Central

The sister restaurant of the popular Agave restaurant in Wan Chai, Agave Central has taken over the spot that was previously home to The Nile (rest in peace.) Inside, they’ve kept the interiors more refined at this location, and I really like the ceiling murals that add a touch of excitement to the dining room.

First things first: we jumped right in to some Margaritas, and were not disappointed with the offerings. The traditional Marg was perfectly salted and had a great mix of tequila and lime, so good on a sunny day, a hard day, or any day for that matter. We also tried the Serrano al Melon Margarita, which is a blend of Serrano Chili with Blanco Tequila and Midori (which I hadn’t had since I was 15). The result was actually really good, and I loved the chili kick. But what about the food? 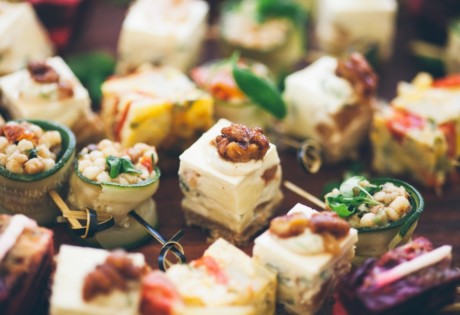 Let’s talk about the food

First of all, I’m pumped that they have considered vegetarians. There are four choices of vegetarian tacos (11 in total) on the menu, my only problem was that they kind of all tasted the same. I couldn’t distinguish between the avocado version and the cactus variety, as they were so covered with salsa and cheese. I hear from reliable sources that the Carne Asada version with grilled ribeye is amazing though, so maybe it’s just a veggie thing?

I did really enjoy the Ensalada de Nopal, which is a salad made from roasted cactus, avocado, tomato, ranchero cheese, cilantro and lime juice. I feel like, of all the dishes that we tried, this one managed to balance the flavours the best so that I could actually taste the cactus and those other great ingredients.

Another interesting one to try are the Chalupas, masa boats filled with different ingredients. We had the guacamole and queso fresco variety, and they were sinfully good. Definitely not made for anyone on a diet though – ha!

Would I go back?

Agave Central has a really great location and I could see myself sipping on Margs there and throwing back some more Chalupas at some stage, for sure.

Devour everything at these Japanese restos