The former head chef of Quay, one of Australia's top restaurants, has opened his own fine dining spot at CHIJMES in Singapore, and its modern Australian cuisine could possibly be one of the best things you'll eat this year

There has been a lot of buzz surrounding Whitegrass, a modern Australian fine dining restaurant at CHIJMES in Singapore. After all, it’s Sam Aisbett’s own place, and he has an quite the resumé – with well-regarded stints at some of Down Under’s most influential restaurants, including Quay and Tetsuya’s in Sydney.

Why not open in Sydney? Whitegrass’ public relations representative tells me during a dinner tasting, “He has always wanted to be in Asia”. And Singapore, to Aisbett, seems to be a great fit: “Much like Sydney, Singapore is a melting pot of cultures and cuisines, making it an amazing place to be more experimental,” says the chef-owner.

By the time I got through the third dish, I was already thanking the culinary Gods for Whitegrass. It was an Alaskan king crab prepared in two ways: finely shredded and wrapped in a brik pastry, then presented in a fantastic crab-shaped contraption; the other sliced, roasted and arranged over steamed silken tofu, tapioca balls, junsai, and chilli consommé. The latter is a brilliant reinvention of chawanmushi, and, for me, it was an overture to Aisbett’s mastery of textures and Japanese flavours.

Next came the mangalica pork, which had been braised in salted chicken stock and slow-cooked to absolute submission. The sweet, melt-in-your-mouth meat is served with chewy abalone, soft fermented cabbage, smooth turnip puree, delicately crunchy fiddlehead ferns, spongy hasu imo (a vegetable), and seaweed and pork broth. It’s like a sensational bowl of ramen deconstructed into a refined, all-kinds-of-wonderful dish, albeit without noodles. 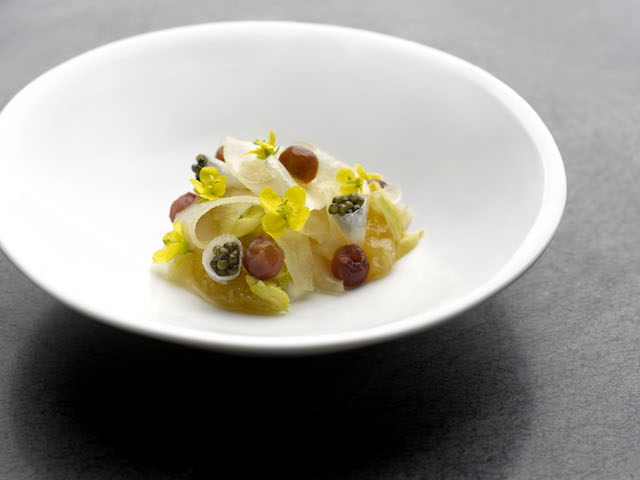 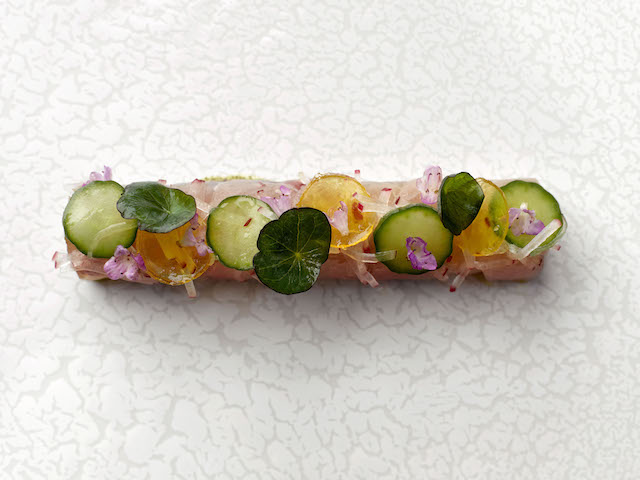 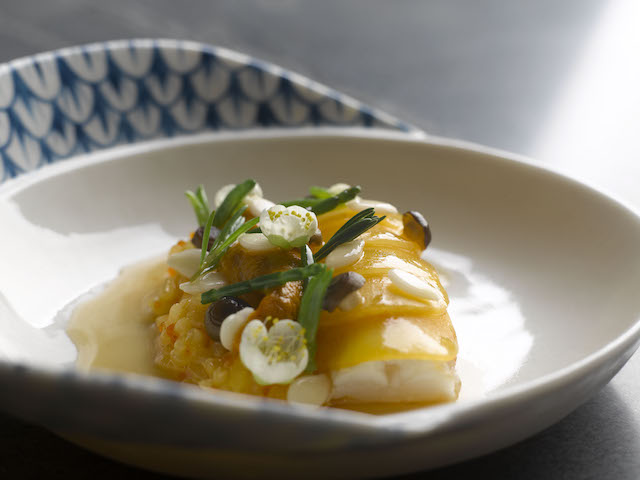 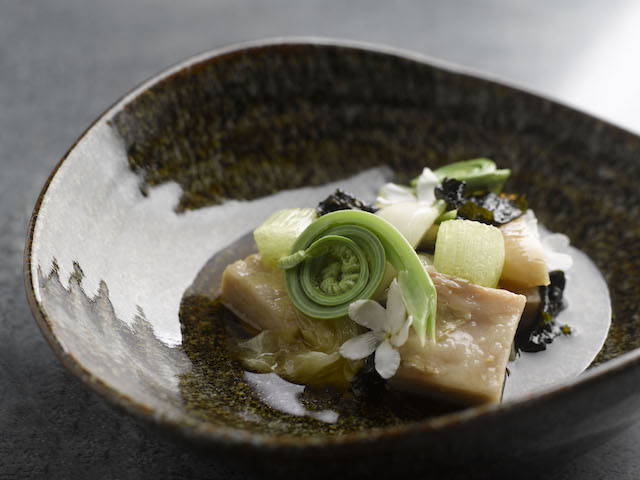 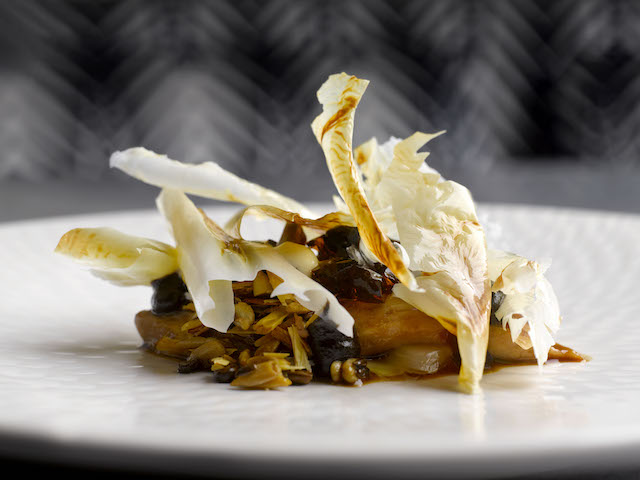 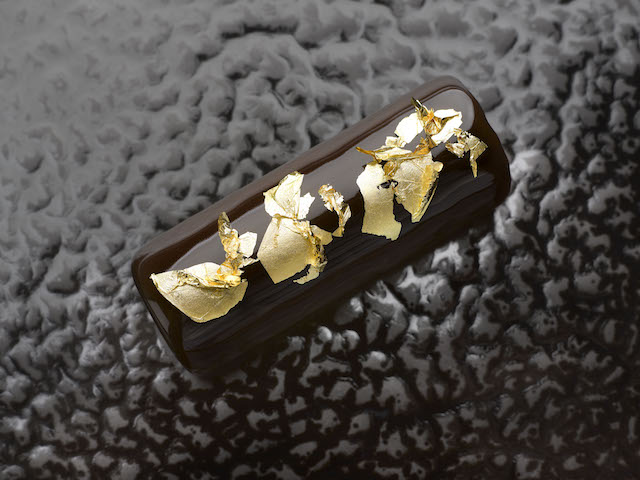 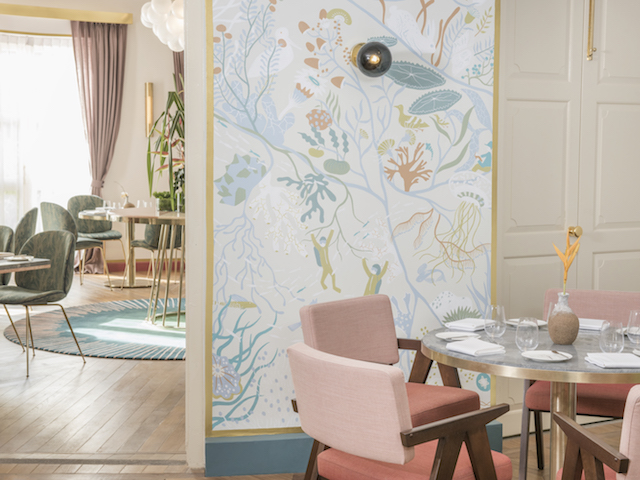 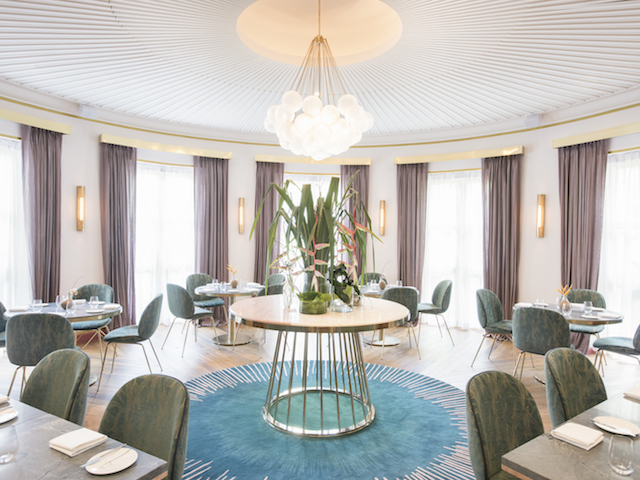 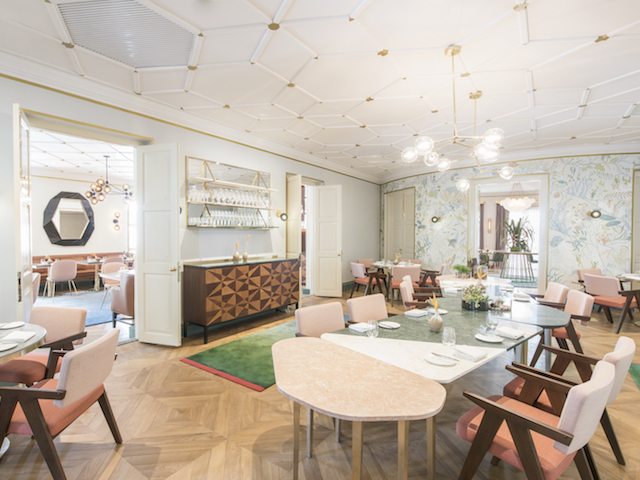 Aisbett’s use of unexpected, and sometimes obscure, ingredients in his constantly changing menu also shows that he ranks high up in the school of experimental fusion. Besides flaunting the good stuff from native Australia, like fiddlehead fern and to-die-for wagyu imported from Limestone Coast, he also plays around with local produce like century egg, jackfruit and longan. The hundred-year egg makes its appearance with the perfect butter-poached quail (which also comes with toasted nuts, black-and-white garlic puree, endive heart and roasted milk skin); while our local fruits made its way to a refreshing dessert starring young coconut mousse, jackfruit ice cream, longan, almond and ginger cake. The grand finale? A decadent dessert called Black Gold, featuring 64% Valrhona chocolate with orange jellies, chocolate pearls, a white chocolate centre, and embellished with gold foil.

At the end of our eight-course meal ($265++), I’d go so far as to say that I have nothing but love for the amazing work of Sam Aisbett… but I feel somewhat let down by the space. Don’t get me wrong: it’s warm, elegant and befitting of the chef’s impressive pedigree. The problem is, Whitegrass looks like Julien Royer’s Odette. They have a similar colour palette of pink, gold, grey, purple and green (Whitegrass is more colourful), showcased local artists’ work within their space (Aisbett had MessyMsxi design his wall), commissioned great artisans to craft unique tableware, and are located within historical landmarks. But surely, it must have been a real coincidence given that both restaurants opened mere months apart.

Ultimately, I think, what really matters is the food on the table. Both Whitegrass and Odette serve spectacular plates – and at similar price points. So while you wait (up to) three months for a weekend seating at Royer’s, there’s no hold-up at Whitegrass, and it’s a shame not to visit in the meantime. And multiple times, if you may.