We review this new Chinese restaurant in City Hall, and its peculiar take on Peking duck, dim sum, sweet and sour pork and more this Chinese New Year

As the New Year begins to unfold, doors swing open to welcome new chapters; these breaths of fresh air are no different during Chinese New Year. For Owner and Executive Chef, Fung Chi Keung, that meant moving on from the achievements he’d racked up in the Paradise Group, and launching a new culinary destination just in time for the Year of the Monkey. Opened just last month in Marina Square, Kai Garden’s role in the local landscape of Chinese cuisine is to shake up and rejuvenate trusty Cantonese traditions, enhanced by Chef Fung’s 30 years of experience. Fixing something that’s not broken is never encouraged, but Chef Fung silences any scepticism with his eye-opening creations. 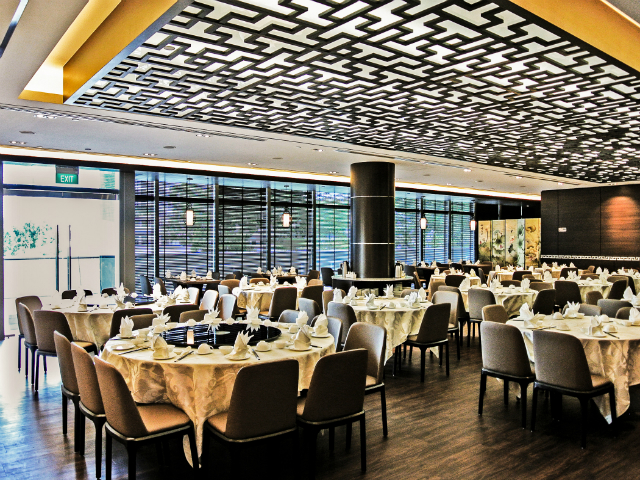 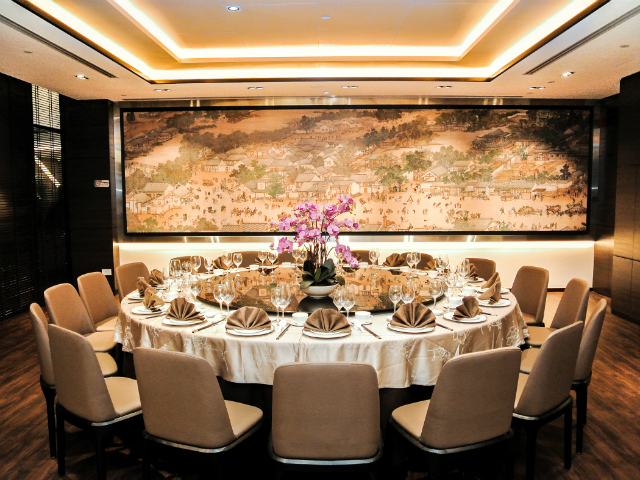 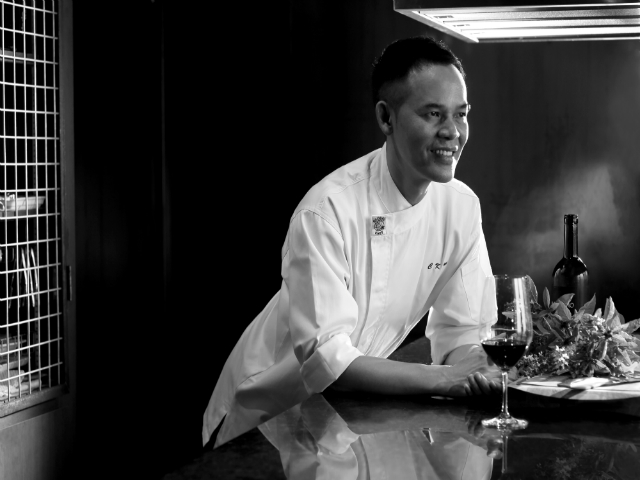 Upon getting comfy within the restaurant’s private room (just one of four in this grand 200-seater) while surrounded by Oriental paintings, vibrant flora and gold and wood-brown accents, we were immediately intrigued with what appeared to be cherries for our starter. Despite its crimson-hued skin glistening beneath the chandelier lights, the secret that resided within these unassuming appetisers were revealed with one bite – what these were, were hand-shaped baubles of foie gras that melted in our mouth, leaving a residual hint of sweet and fruity flavours.

After which, we washed down the rich motley of tastes with a soothing double-boiled Japanese matsutake soup. Served in a personal hot pot – reminding us of a Japanese dobin mushi – every cup we sipped was delicate and not too thick, with a slight herbal taste from the matustake mushrooms. It’s certainly a nourishing alternative we’d recommend if you’re not a fan of shark’s fin. But say you are, then you don’t wanna miss out on Chef Fung’s braised whole Ya Jian shark’s fin in supreme collagen stock – slow-cooked for six hours, this creamy, milky concoction promises to be beneficial for the skin with the beautifying properties of collagen. 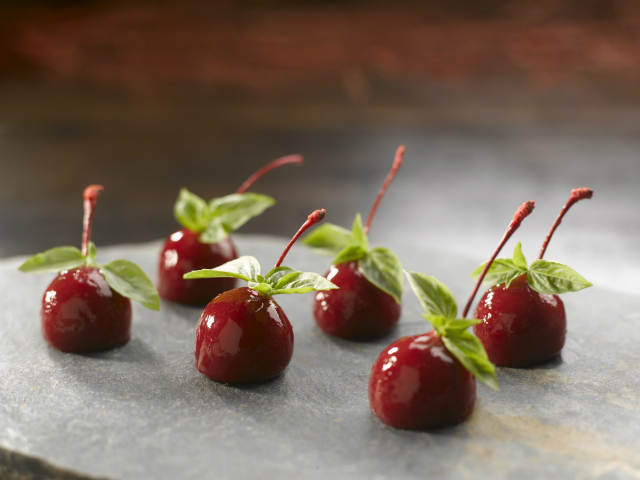 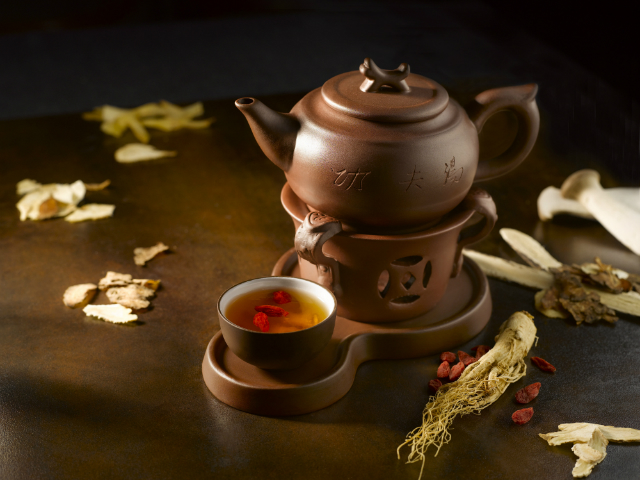 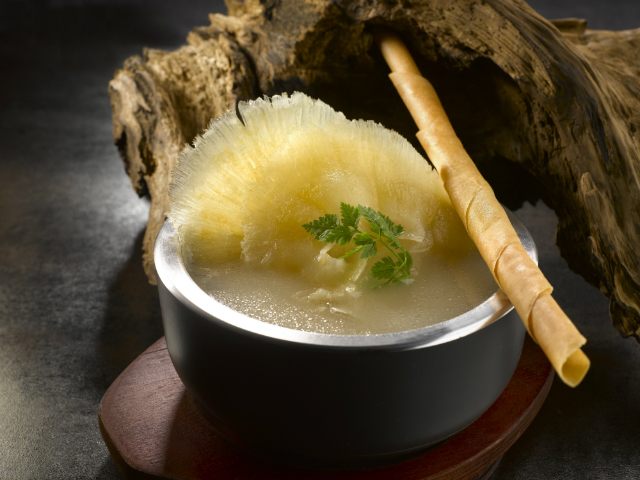 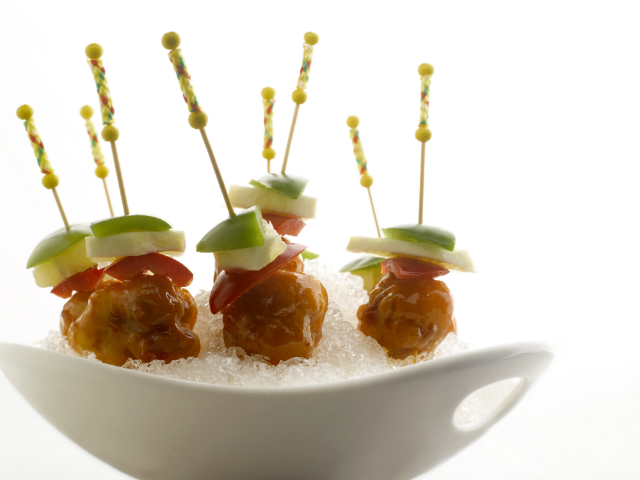 Sweet and sour pork on the rocks 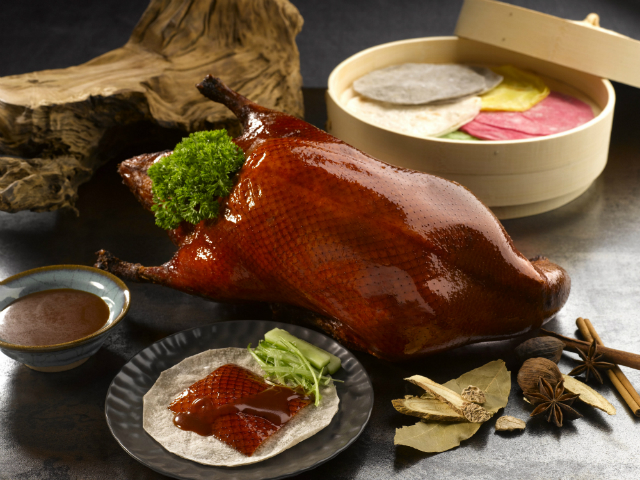 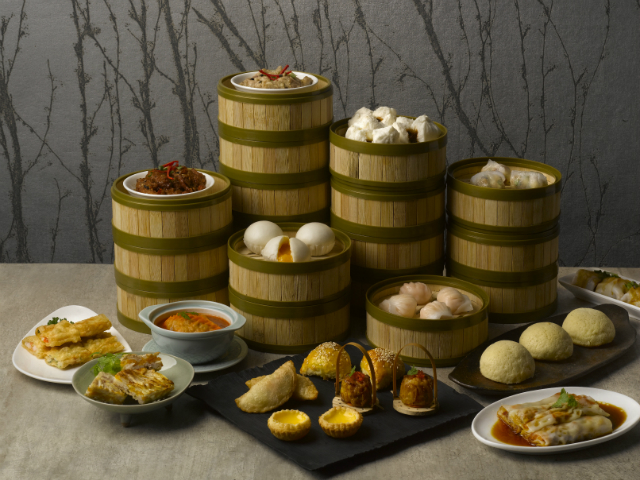 Other must-tries that rolled outta Chef Fung’s kitchen included the grouper in lobster soup, a firm, evenly-steamed fillet served in an umami-rich broth; the squid ink-infused charcoal pork bun, crispy on the outside, meaty and soupy on the inside; and the sweet and sour pork ‘on the rocks’, an unorthodox rendition of the traditional Chinese dish, served on an ‘ice mountain’ that accentuates the tangy taste of the sauce.

It is, however, Chef Fung’s signature crispy Peking duck where diners can have fun with its mix-and-match presentation. Applying his kaleidoscopic techniques with xiao long bao from his stint in Paradise Group, Chef Fung now does so with this Chinese take on ‘meat wraps’. Expect five different wraps (pumpkin, charcoal, spinach, beetroot and traditional) and five dipping sauces (sesame, black pepper, prawn and crab, mixed and traditional), snazzing up the flavours of this crispy, succulent delicacy.

With these new recipes and presentations, you can truly sense (and taste) the excitement from Chef Fung’s latest bout of inspiration. Kai Garden is a concept that marries tradition with the taking of risks, which, in our opinion, has paid off extremely well. Think Chinese cuisine’s running outta ideas? Let Chef Fung prove you wrong.