If you’re into visual art and music, there are a great number of Hong Kong bands and Hong Kong artists that you need to know about. Further afield, New Zealand psychedelic rock band Unknown Mortal Orchestra (based in Portland, Oregon) are making waves with their signature tunes, so we sat down for a chat.

Since their debut self-titled LP in 2011, Unknown Mortal Orchestra are most known for their spaced-out psychedelic rock/lo-fi funk music. Their critically acclaimed third studio album Multi-Love, released in 2015, is deeply personal as it illustrates the many dialogues of a polyamorous relationship which the band leader Ruban Nielson experienced. Now the band has returned with their release Sex & Food with more bluesy grooves. We interviewed frontman Ruban Nielson about the inspiration behind the album.

Hi, Ruban. How would you articulate the mood of your latest album Sex & Food?

Fractured and soulful. It seems to change a lot, but underneath there is really one deep mood I’m trying to get across that’s only possible to explain in music.

Why is it named Sex & Food? Is it what it’s about or is it a feel-good album?

It’s not about sex and food exactly. It’s just the name of the album. I felt an intuition that I should call the album something very simple and positive in a plain way. I just felt that the record should be called that. It’s not “feel good” but I hope it makes you feel good. I hope that makes sense. 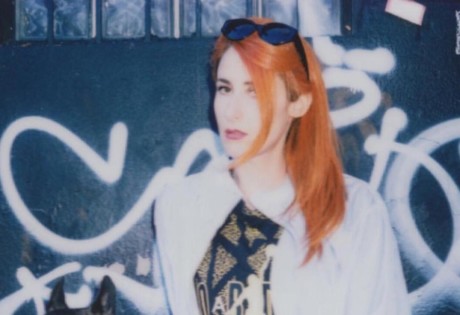 Interview: Tamaryn on love and lust in music

Can you tell us more about your single Hunnybee?

I started writing that song when I was singing my daughter to sleep one night a few years ago. After she was asleep I sang it into my phone, so I could remember it. The recording was done mostly live in New Zealand at my brother’s studio last year, and we did additional recording in Hanoi.

What do you think about making music that’s not explicitly political-sounding in this age?

I think artists should do whatever they feel they should be doing. We don’t really know what songs are political and what ones aren’t sometimes. Some people’s existence is political and they can’t escape that. Some people can’t make a resonant statement no matter how they try. It’s all different for everyone. Music doesn’t deal directly with politics, it just makes the case for beauty and humanity, and that is often against dominant ideologies. The ideologies change but beauty and humanity persist if we make the effort. I don’t mean this as an apolitical statement, I just think that art is a much bigger project than any political project. And also politics are very boring compared to music.

Were you unsure about putting any parts of the album out into the world especially after Multi-Love?

I won’t be explaining many of the specifics about my life like I did with the last album, so people will think it’s more abstract. But really it isn’t.