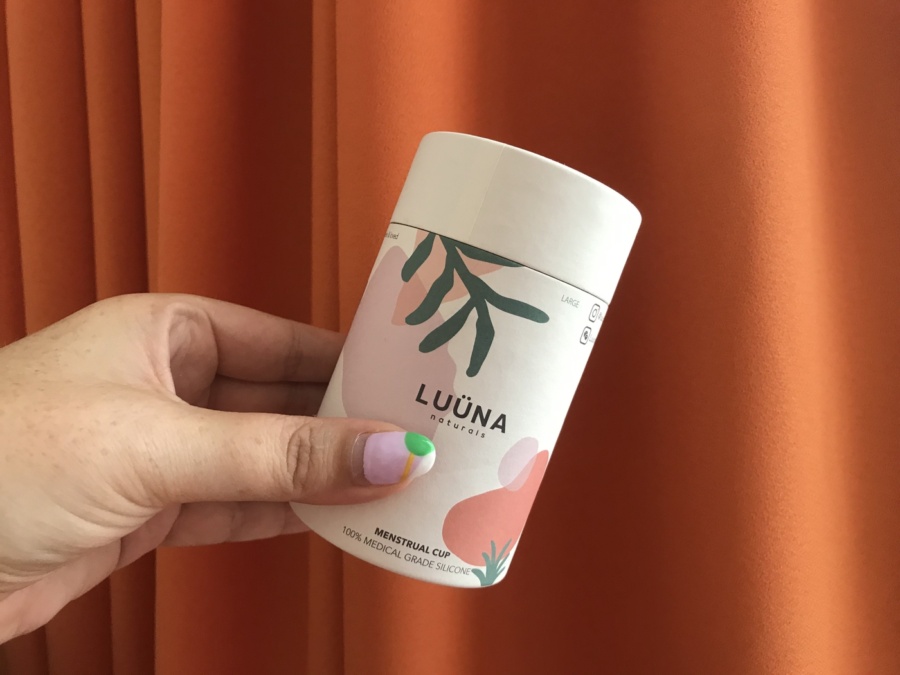 The little box that changed everything

Making the switch from tampons or pads to a period cup is made simple (and sustainable) thanks to Luuna Naturals.

We’re not shy about talking the real talk here at Honeycombers Hong Kong. Whether we’re discussing our own coming out stories, chatting about personal struggles with anxiety or pondering swipe culture in the new world of dating, we believe that talking about things openly helps everyone. So with that in mind, our Editor thought her journey to period cup mastery might encourage or at least assuage doubts in any other ladies who have often thought about making the switch.

Being a woman can be bloody annoying

For 25 years, I, like the rest of you awesome ladies, have been living with a monthly period; a visit from Aunt Flo; riding the crimson wave; {insert chosen euphemism here}. When I had my very first period at boarding school, I used pads thanks to their relative ease, but due to an active lifestyle filled with swimming, rowing and dancing I soon switched to tampons, and pretty much thought that was it for me in terms of period products.

After moving to South Korea 15 years ago though tampons were hard to come by, so I used to stock up on them when I was back home in New Zealand, and often had people send them to me. A group of my Canadian friends were already using period cups and I often wonder why I didn’t make the switch then, but soon tampons became more readily available in South Korea, and when I moved to Hong Kong, I could get them on the high street – how progressive!

Olivia Cotes James, founder of Luuna Naturals had a similar story when I asked her about why she got into the business of periods: “Whilst living in Hong Kong in 2015, I became frustrated that myself and my friends had to bring suitcases full of tampons from abroad. I wondered why, in this modern city, so many of us struggled to access basic feminine care products. I set out to change this, embarking on what would become four years of research into attitudes towards menstrual health in Asia.”

During this time, she realised just how loud the silence was around periods, not just in Hong Kong but across Asia. “The shame that persists in relation to this natural part of womanhood means that not only are we using harmful period products without knowing it, but we are also dismissing negative period symptoms as normal, when they can be signs of underlying health issues.”

It was then that she decided to start a company that aimed to shift the way society treats menstrual health in Asia, and Luuna Naturals was born, educating women from all walks of life in contemporary period care, myself included.

The first step to ordering a toxin-free period cup from Luuna Naturals is choosing a size. While not as much of a perfect science as a bra fitting, this does require some self measuring and the answering of a few simple questions. I opted for the large size, and waited for it to arrive in the post.

Two days later, and a very trendy box arrived with my Luuna Naturals period cup inside a wee cotton bag for storage: love. Here is how TCM helps regulate my periods

How do you do this?

I think one of the reasons I waited for so long to try a cup was because of the sheer size of them, but the instructions for use were actually super easy to follow. Basically, you boil the cup for 10-15 minutes, let it cool and then insert. It’s the insertion thing that I was most curious about. While I’ve never given birth, I get that a baby can fit out through the vagina, but compared to my little tampons, the cup was definitely more voluminous; how was I going to make it fit?

The answer: folding. Being prone to accidents and weird life occurrences in general, I was pretty sure I would need to try a bunch of different folds and techniques to get that baby in, but I got it on the first try, and subsequently felt like some kind of period cup origami ninja!

Honestly, you don’t even feel the period cup when it’s in. It’s like wearing a tampon, but for me it required less changing as my flow was relatively light. Over the week, I eventually worked out that it was easiest to insert and remove while sitting on the toilet, and really I was away laughing.

While I never had to rinse my cup outside my home, they suggest carrying a water bottle for when you need to do it in public restrooms. I would probably just try and plan around having to do that at all, or carry tampons for extra piece of mind.

Costing just $270, each Luuna Naturals period cup lasts for five years, meaning a saving of over $1000 per year for me. If I’d done this back in 2003, I would be $16,000 richer (that’s multiple holidays!) But not only that, Luuna Naturals also has a policy where by if you buy one period cup they donate one to Free Periods Hong Kong, and that’s the richest gift of all.

To the point: acupuncture clinics we know & love