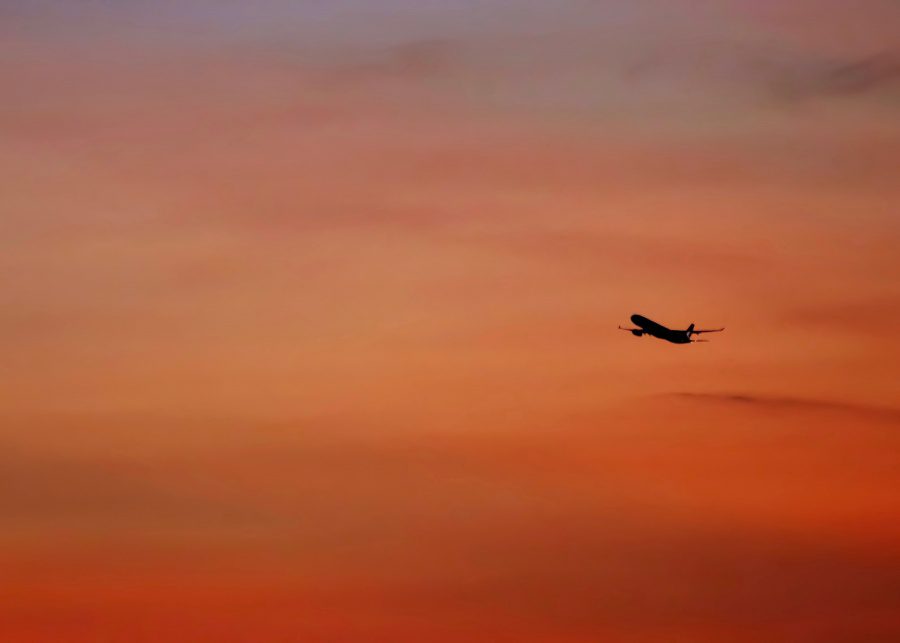 Leaving on a jet plane... (Photography: Sugarman Joe via Unsplash)

It's so hard to say goodbye, but it's important to remember to be fully present during the transition from here to there

In primary school, we learn all about population migrations in the natural world. From turtles, to whales, to butterflies, to wildebeests, to Artic terns, the whole world is in flux on land, in the water, and in the air. Similarly, as ‘Asia’s World City,’ Hong Kong is no stranger to migration in its human population. Like many before us, and like many more to come, my husband and I enjoyed building a home and a life in Hong Kong. Although we eventually decided to return to the US, Hong Kong will always have a hold on our hearts. When we were in the middle of the upheaval of moving it was hard to be mindful of all the intangible—but no less important—changes that leaving Hong Kong would entail. It’s been four years since we left, long enough for time and distance—literally—to provide some perspective. So I would like to offer some advice on how to mindfully approach the relocation experience —from my own experience—for those leaving Hong Kong. But first, let’s start at the beginning.

In 2009 I was 26 years old and living in Brooklyn with my boyfriend, Noah, and the two chinchillas he’d adopted in college. I had cobbled together full-time work out of multiple part-time writing, editing, and teaching gigs. Noah, an architect, worked for a firm in Chelsea. He regularly traveled to Asia to work on various projects in his company’s portfolio. He was often called away to Singapore for weeks at a time. When the Great Recession hit, upper management gave Noah two options: He could either move to the Hong Kong office and get a nice bump in pay, or stay in New York and get laid off some time in the next nine months. So, we did what anyone in our situation would do. We got married, went on a honeymoon to Death Valley, deposited the chinchillas with Noah’s parents in North Carolina, and moved to the other side of the planet.

I could freelance from anywhere, I told myself, and I knew I’d make more money as a teacher in Hong Kong than I ever did in New York. Those things were both true. I also told myself that it would be a two-year adventure. Maybe three, tops. In the end, Noah and I lived in Hong Kong for nearly eight years. We made dear friends, adopted a rescued Doberman Pinscher from the HKSPCA, and sailed into our thirties. Although we don’t live there anymore, some part of my heart will always consider Penfold Park in Fo Tan—where I spent thousands of hours walking my dog—to be home. In crowded, bustling Hong Kong, Penfold Park was a verdant, restful expanse. Sometimes, if we visited on days when misting rains had set in, we had the entire place to ourselves. To this day, if I’m having trouble sleeping, I try to call up the sound of my dog’s loping feet shuffling against the wet brick path. In the months before our departure, every time I entered the park’s main gate, I would say to myself, “I’m going to miss this.”

Then I’d think about all of the other things I would miss: hiking the Dragon’s Back trail; dinner at my favourite Nepalese restaurant on Staunton Street; late-night whiskey and cigars at Blind Pig with my husband; champagne brunches with my girlfriends; preparing my students for the speech festival each autumn. Mooncakes. Egg tarts. Five spice. Living in a city where, because of the hilly topography and climate, you can always smell either loamy earth or salty sea—sometimes both.

I was lucky because I had months to prepare for our departure. And while I was busy packing and planning and filling out mountains of paperwork to make sure that our dog could come back with us, I was also able to take some time to enjoy my favourite places (and people!) before leaving Hong Kong. I deliberately scheduled time to be mindful as part of the process of moving—to visit special places and people and be fully present, so that I could carry that memory forward with me to my new home.

I was able to say a proper goodbye.

Although we no longer live in Hong Kong, it has still been interesting to watch from afar how the city has changed and evolved. Many of the friends to whom we said goodbye in Hong Kong eight years ago are now making their own farewells. My advice for them—and for anyone else leaving Hong Kong—is to slow down, to mindfully make time to appreciate Hong Kong, to do your favourite things, to make memories for which you will be grateful for the rest of your life. I will never forget my very last evening before leaving Hong Kong. My husband and I walked along the Kowloon side of Victoria Harbour. We looked at the lights, the iconic skyline, the water and talked about the previous seven years. We appreciated the night, went out to dinner, and discussed the future, both in practical immediate terms and dreamier long terms.

As I write these words, I’m sitting in my bed in Mount Vernon, New York, my toddler napping next to me under the coverlet. I smooth her hair and think about the photo we plan to take soon—the one for her passport. Her first trip overseas will be back to Hong Kong, which has been calling to us ever since we left. For those who are leaving, I know you will feel the same call. Before you depart, be mindful of your memories, and store up as many as you can. They will be good company until you’re able to return. Diane was fortunate to live in Hong Kong, from 2009 until 2017, where she worked as a native-English teacher. She and her husband now live in New York with their daughter. Diane is the Executive Editor of Black Lawrence Press.

These heritage buildings tell many stories

How well do you know the Flower Market?