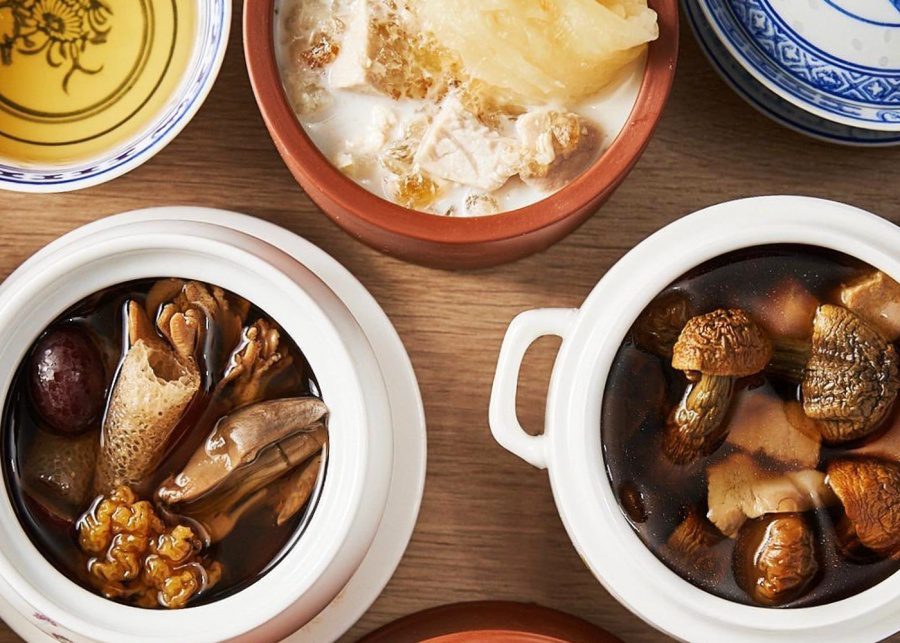 Cantonese soups are a taste of home for many Hongkongers. (Photography: SoupDay via Facebook)

For many Hongkongers, dinner is not complete without a bowl of Cantonese soup. Read on for more about these time-honoured recipes, and see if your fave made the list!

The summer heat is still going strong in Hong Kong, but according to the lunar calendar, autumn started a few days ago with the day of liqiu (立秋). As drier and cooler weather approaches, it’s prime time to prepare some nourishing foods to keep away the flu and COVID-19. Aside from hot pots and healthy meals to warm and strengthen your body, how about trying double-boiled Cantonese soups? While there is some debate about their supposed health benefits, those of you who grew up in Hong Kong would know these wholesome bowls are a staple in every household. Besides grabbing soups-to-go as you pass by the classic Hung Fook Tong and HealthWorks in MTR stations, there are specialist shops in Hong Kong that serve hearty soup-and-meal combos, as well as online stores that deliver straight to your door. So, here are some of our favourite Cantonese soups and where to get them in town.

Move along, coconut water and coconut oil, as this coconut soup uses an entire coconut – and it’s even served in one! Not only is the coconut aromatic and appetising, but it’s also famous for its ability to improve the skin and hair, as well as increase your metabolism. Add the superfood goji berries to the mix for a bump of antioxidants, vitamin C, and melatonin. Also, the bamboo fungus is a popular ingredient for Chinese vegetarian dishes, and is good for those with a cough, a dry throat, or high blood pressure. Plus, it’s known for benefitting the brain and liver.

On the other hand, don’t judge the Silkie chicken by its cover, as it looks pretty unusual with its black flesh and bones! This particular breed is especially helpful for ladies and the elderly, as it is said to increase fertility, restore vitality, and improve the liver and kidneys.

One of the most treasured ingredients in traditional Chinese cuisine, fish maw is especially popular among the ladies. This is because it contains high protein, calcium, and collagen content, and thus is good for your kidneys, bones, and skin. Also, chicken broth is a crowd favourite in both the East and West not only for its comforting and nourishing flavours, but also for boosting the immune system, enhancing blood circulation, and strengthening the heart.

But an interesting difference is that drinking chicken soup is often encouraged in Western culture when you catch a flu, as it is believed to help your body fight off the viruses; whereas Chinese traditions advise you not to drink chicken soup when you catch the flu, because it ‘traps’ the viruses inside your body instead. All in all, it’s best to consult your doctor if you feel unwell, and maybe see what they’d say about this!

Also known as Chinese zucchini or hairy gourd, fuzzy melon is a popular seasonal vegetable in the summer. Not only is it low in calories and fat, but it’s high in dietary fibre and alleviates bloating. Pairing this veggie with octopus will make a flavourful and healthy soup, as octopus can further promote blood circulation and act as an energy boost. And as for rice beans and lentils, these legumes can help reduce water retention in the body and aid detoxification. Healthy and delicious, what’s not to love? As adventurous as they may sound, pork lungs are – you guessed it – good for the lungs. And, almonds promote healthy lungs and gut too, which is why this white lung soup is the epitome of the Chinese medicinal concept of yi xing bu xing (以形補形), which is similar to the saying ‘you are what you eat’. Aside from pork lungs, pork brain used to be frequently served for kids back in the day, as it is said to supplement the brain, hence enhancing the ability to study. That said, the more commonly known fact about offal nowadays is its high cholesterol content instead… Oops.

Despite its inexpensive ingredients, the white lung soup is less often seen on menus outside of traditional Chinese restaurants due to the complexity of processing and cleaning the pork lungs. Kudos to these eateries for taking on the challenge!

Woah, that was a mouthful! Packed with almost ten ingredients, you know this soup means business. The sliced whelk not only adds flavour to the soup, but it’s also a rich source of protein, and supports almost every other organ in our bodies, including the spleen, stomach, liver, kidneys and skin. The chestnut is a common ingredient in Cantonese soup recipes in autumn and winter as it is in season, and it contains vitamin C and calcium. The other type of nut in the soup is walnut, which, along with black soybeans, has plenty of antioxidants. As for figs, red dates, and dried orange peel, these ingredients act as natural sweeteners in many Cantonese soups. Altogether, they are said to provide soluble fibre to the body while inducing appetite, and relieving coughs and dry throats.

Served cold with a hint of natural sweetness, this sea coconut, Chinese pear, and snow fungus soup can be a light, healthy dessert to wrap up your meal. Snow fungus is known for its high fibre and collagen content, benefitting the skin and the digestive system. In addition, sea coconut and Chinese pear are known to help moisturise the lungs, reduce phlegm and inflammation, relieve dry throat, and contain detox properties. Bonus: this recipe is vegan, too!