Whether you're all about zero-sugar drinks or 120% sweetness with all the toppings, there's a boba brand for you.

Cakes, ice cream, local desserts – these are a few of our favourite sugary things. Trends may come and go, but our sweet tooth remains. And no matter if you’re a tea or coffee person, there’s a good chance you’ve sampled at least a couple of drinks from bubble tea stalls. Especially since it’s so easy to snag a cup these days – the temptation to get in line lurks around every corner. But that also means we’re inundated with choice, which isn’t ideal when it comes to something as low on the healthy chart as bubble tea.

Fret not, though! We’ve got you covered with our guide to the best boba brands that make every sip worth your while. All in moderation, of course. Oh, and BYO reusable cup and metal/bamboo straw please, because we’re all about that #lowwaste life.

A popular Taiwanese brand serious about its tea, Chicha San Chen makes each brew fresh upon order using sleek Teapresso machines similar to those usually reserved for coffee. There’s even a tea appreciation counter where you can sample cups of Lishan Qingxin oolong tea in varying roast levels. Drinks can be customized by choosing a base from green tea or osmanthus oolong, flavours such as cream or honey, and extras such as konjac jelly and pearls. If you’re patient enough to brave the perpetually long lines at its Somerset outlet, we’d recommend our faves: Dong Ding oolong tea and bubble milk tea!
Chicha San Chen, various locations including [email protected], Clarke Quay Central and Jem.

Taking boba into the plant-based realm, this new cafe wants to satisfy your cravings and save the earth at the same time. It uses environmentally-friendly compostable cups, lids and straws, but encourages customers to bring their own to reduce waste too. Vegans and lactose-intolerant drinkers can head here as well, since the store offers organic plant “mylk” alternatives like oat and soy. On the menu, you’ll find caffeinated and non-caffeinated options such as oolong, Earl Grey and golden flower tea. Once you’ve got your base, you can add on flavours like lychee, roasted hazelnut or French vanilla, followed by dark brown sugar boba, aloe vera or white konjac boba toppings.
Mong Cha Cha, #02-03, Fortune Centre, 190 Middle Road, Singapore 188979

A name synonymous with brown sugar fresh milk, Tiger Sugar is best known for giving the already-decadent drink a dessert twist with cream mousse. You can’t adjust the sugar or ice level though, so keep this for one of your splurge days. Good news, too: The queues have died down since it expanded across the island.
Tiger Sugar, various locations including Capitol Piazza, Chinatown Point and Paragon.

Hopping on board the trendy route, this new name from Nanjing, China, uses slightly unusual ingredients like peach gum, spirulina and wuliangye (a type of Chinese liquor) in its concoctions. For an IG-worthy drink, order the milk tea or matcha options with blue crystal toppings, or browse through the “volcanic” collagen series for fiery-looking beverages layered with the likes of blue spirulina, white coconut milk and amber peach gum. Trying to stick to your diet? Opt for the cucumber milkshake with chia seeds instead.
The Whale Tea, various locations including City Square Mall, China Square Central and Lot One Shoppers’ Mall

A new entry from Taiwan, Chun Fun How is known for its picture-worthy sweet potato bubble tea showcased in pretty floral cups. The brand’s first outlet in Singapore imports ingredients from its native land to concoct signatures from its aloe vera and winter melon series. Not sure what to try? Aim for one of the top five: Lychee Four Seasons with aloe vera, sweet potato black tea latte with pearls, osmanthus oolong milk tea, winter melon lemonade with pearls or winter melon oolong.
Chun Fun How, #02-13, The Esplanade Mall, 8 Raffles Avenue, Singapore 039802

Another fresh addition to the drinks scene, JLD Dragon is known for its signature brown sugar milk, made of 1646 traditional Okinawa brown sugar and topped with whipped cream and creme fraiche for that perfect mix of sweet and creamy.
JLD Dragon, #B1-43, Waterway Point, 83 Punggol Central, Singapore 828761

Taiwanese brand Jenjudan, which got its start at the famous Shilin Night Market in Taipei, recently underwent a makeover to become Truedan. But the delish drinks remain the same (except for a new brown sugar taro milk drink that’s wonderfully rich and chunky). Other drinks to try include Thai milk tea with brown sugar boba and Oreo brown sugar boba milk.
Truedan, various locations including CityLink Mall and Orchard Gateway.

One of the more recent entrants to our bubble tea scene, this brand is most known for its brown sugar pearl milk and Damascus rose tea with lemon. Jasmine and oolong teas are available too, along with grapefruit green tea and lemon black tea to quench your thirst for boba.
Xing Fu Tang, various locations including Compass One and Century Square

Brown sugar fresh milk drinks get a kick of flavour at The Alley with matcha and cocoa options, but if you’re more of a fruit tea person, try the Lulu series of strawberry or orange infusions. To get that Insta-worthy glow, opt for the Aurora line of colourful, swirling goodness. Oh, and pop by the Cineleisure Orchard space for flaky croissants and sweet pastries to go with your drink.
The Alley, various locations including Cineleisure Orchard and Jewel Changi Airport.

You may not think cheese foam and tea would go together, but we assure you, that sweet and savory mix is addictive once your tastebuds get used to it. Heytea also whips up a selection of fruit teas (you gotta try the grapefruit one!) and quirky ice cream flavors like salted egg yolk, plus it’s got alcoholic options at its Clarke Quay outlet, in case you need that boozy hit before heading to the dance floor.
Heytea, various locations including Ion Orchard, Clarke Quay and Westgate.

If you’re walking past an R&B kiosk and you can’t resist getting a cuppa, try the signature Mighty Luffy, a refreshing fruit-infused tea filled with watermelon and an assortment of citrus fruits, or sip on 23 Oolong Tea, which tops its brew with tea cream or cheese cream. Indulgent, indeed.
R&B Tea, various locations including VivoCity, Wisma Atria and The Shoppes at Marina Bay Sands. Cool down from the scorching Singapore sun with concoctions like the refreshing orange green tea or zesty lemon green tea at Milksha, which prides itself on using natural ingredients, without any preservatives or artificial colourings. For creamier options, order the black sesame milk, azuki matcha milk or fresh taro milk.
Milksha, various locations including Suntec City, Funan Mall and Paya Lebar Quarter.

Instead of the usual milky flavours, Teafolia goes the route of fruit teas. And while you can still get your usual chewy pearls with your choice of drink, it also has taro cubes, mashed kiwi, apple slices and pineapple pulp in its selection of toppings to keep things on the (slightly) healthier side.
Teafolia, various locations including Bedok Mall and Northpoint City.

This homegrown joint only uses raw sugar in its tea, which means less calories and a more natural taste. It’s all about classic flavours and chewy pearls, which is perfect for that post-lunch treat before you trudge back to the office. Plus, there’s even a range of herbal teas and cough syrup-infused creations, just in case you need to justify treating yourself when you’re under the weather.
Woobbee, various locations including Chinatown Point, Shaw Tower and Tanjong Pagar Plaza.

This local favourite needs no introduction. It’s been consistently serving up classic milk teas to boba fanatics across the island, which makes the familiar sight of its stalls a comforting one.
Koi Thé, various locations including Ion Orchard, Bugis+ and Millenia Walk.

Just a couple stalls down from Koi at Raffles City, Muyoo grabs your attention with its fun, quirky colors and prints, and keeps you coming back for more with its creamy cheese froth toppings, cold brews and fruit teas.
Muyoo, 252 North Bridge Road, #B1-67 Raffles City Shopping Centre, Singapore 179103

Say yes to more fruity sips at Partea, which blends black tea and fresh fruit for ice-cold concoctions that beat the heat. Besides milk tea and cheese tea, you can also try the recommended rose pu’er fruit tea for a floral treat, or satiate your curiosity by sampling the range of rainbow and sunrise teas.
Partea, various locations including Century Square, Suntec City and Waterway Point.

Hot and cold teas are given equal love here, in all sorts of aromatic varieties like honey black tea, pu’er milk tea, kumquat green tea and osmanthus oolong. If you’re feeling a tad overwhelmed by the selection, try signatures like 913 King’s Oolong or the can’t-go-wrong choice of black milk tea with pearls.
TenRen’s Tea, various locations including Chinatown Point and United Square.

When those bubble tea cravings hit and you need instant gratification, Gong Cha’s probably your best bet. We’re all familiar with its bestsellers by now: Earl Grey milk tea, mango green tea and alisan milk tea, among others. But if you’re trying to cut out sugar from your diet, go for the purple sweet potato milk tea or the plum green tea.
Gong Cha, various locations including Bugis Junction, Funan and Westgate.

When homegrown name Liho first launched in Singapore after Gong Cha retreated, boba drinkers were torn between their intrigue over its line of cheese teas and their loyalty to the departed brand. Let’s just say, curiosity eventually won out. Granted, it’s not the most popular now, but it still draws in a regular crowd and keeps things fresh with limited edition drink series launches like taro and mango.
Liho, various locations including Wisma Atria, Capitol Piazza and The Cathay.

This OG store has been around since the bubble tea craze began in Singapore years ago, but if you think nothing’s changed, think again. To keep with the times, the brand has actually started going on a health kick, offering beverages for energy boosts and even ones for weight watchers. So if you’re looking for an affordable sugar rush with a splash of nostalgia, go old school.
Each-a-cup, various locations including Plaza Singapura, Marina Square and Tanjong Pagar Plaza. 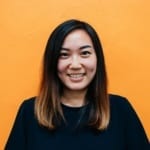 Coffee roasters that deliver the beans

Wine-down at home with a vino delivery