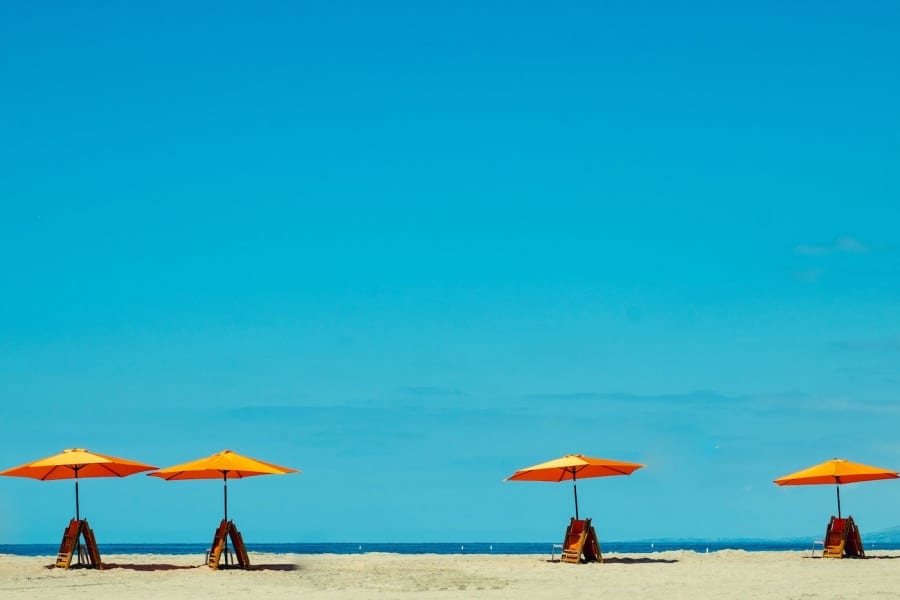 While seasonal affective disorder is most commonly associated with winter months, Summertime SAD is realer than a real thing

Longer nights at al fresco restaurants, cocktails in the sun at happy hour, and never-ending beach days… there’s no season celebrated quite like the summer. But for some, the arrival of endless sun brings anything but a party. You may be familiar with SAD (seasonal affective disorder), a common occurrence for many in winter, but did you know that many also live with summertime SAD? We’re here to fill you in.

You’ve probably heard of the winter blues, scientifically known as seasonal affective disorder (SAD) in the winter, with lethargy brought on by those darker and colder days. A lack of sunlight can wreak havoc on our hormones, causing lowered serotonin levels (a major player in mood, appetite, and sleep).

Melatonin is another suspect too, responsible for sleepiness, seen in higher proportions in those with SAD. With experts estimating that 10-20 percent of recurrent depression cases follow a seasonal pattern, there’s much more to SAD than just feeling under the weather.

So, how does this SADness come to play in the summer? The phrase summertime sadness might sound like just a blues record, but it is very real for some. Theories point to the idea that too much sun can also disrupt melatonin levels. Excessive sunlight can pause its production, affecting anxiety levels and making it harder to get forty winks. Changes in appetite, difficulties concentrating, and losing interest in physical contact, can also be driven by these hormonal imbalances. It’s been a year! These counselling services can help

How does this affect mental health?

Let’s get scientific! In waves of scorching sun, our bodies work to keep us at a steady core temperature through a process called thermoregulation. Dopamine, adrenaline, and cortisol are all hormones used in this process, but they are also vital in regulating mood. Heat stress disrupts how these are released, as our bodies work overtime to thermoregulate, in turn affecting our mental health.

If you’ve experienced a HK summer, you’ll be no stranger to the city’s sweltering warmth. Interestingly enough, intense heat and humidity in tropical climates seem to be major culprits for summertime SAD. When comparing rates of SAD in India and Italy, a study uncovered that proportions of summertime SAD were higher in Indian populations, with India’s tropical summer said to be to blame – who knew?!

While studying SAD in tropical northern Australia, 9% of people surveyed reported to be suffering from levels of summer SAD, but the rate for winter SAD was only 1.7%. For those familiar with tropical heat (Hongkongers included!), summertime SAD seems an even more likely possibility. As well as living closer to the equator, other risk factors include: being a woman (who are more often diagnosed with SAD than men), having bipolar disorder or depression, and any family histories of SAD.

Experts are quick to add that social stresses shouldn’t be confused with summertime SAD. Summer can mean changes in routine and structure, which can bring depressive symptoms. But, these causes are triggered by circumstances instead.

Compared to wintertime SAD, summertime SAD remains its lesser known counterpart, often remaining undiagnosed. But some experts predict that this could become a growing area of research, especially if global warming amps up the intensity of summers ahead. As it stands, CBT (cognitive behavioural therapy) has shown to provide relief, as well as the use of room-darkening shades/light-blocking curtains.

Though summertime SAD brings few smiles, its growing awareness could become a cool breath of hope to many. With a biomedical background and experience in writing for international health organisations, Emma has a deep-rooted interest in all things wellness. Since arriving in Hong Kong just short of two years ago, she was quick to love the hikes, beaches, and bars of the 852.