From the fine dining restaurants to the vast selection of bars and the numerous events that are happening in the city on a weekly basis, there’s no denying that Hong Kong is fast-paced. And sometimes, it’s easy to get swept up in the city and forget to check in with loved ones, friends and colleagues. Here, Mind Hong Kong talks about mental health in Hong Kong and how they plan on educating people around this often stigma-filled issue. Many of our Hong Kong readers will have heard harrowing stories of secondary school students who have attempted (and in some tragic cases, committed) suicide. These stories motivate people from all walks of life to try to figure out why the students resorted to this. With every new report, the conversation restarts. But there is one voice we hardly hear from: the students themselves. Those students who survive their mental health issues often grow up to be adults with mental health problems. We hear very little from them, as well.

Now a charity called Mind Hong Kong is trying to give a platform to those whose voices are not heard. Launched in November 2017, it is the local chapter of a large UK-based mental-health charity called Mind UK. In February every year, Mind Hong Kong holds Time to Talk Day, an effort to end mental health discrimination by encouraging people to speak openly about their mental health problems, and listen non-judgementally to those who are struggling.

As Mind UK puts it, “Too many people with mental health problems are made to feel isolated, worthless and ashamed. Time to Talk Day is a chance for all of us to be more open about mental health – to talk, to listen, to change lives.”

This kind of support can go a long way, especially in a place like Hong Kong, where three-quarters of those with common mood disorders (such as anxiety and depression) do not seek professional help. [1] Instead, many of them suffer alone, and this can prolong and worsen the problem. Yet one in every seven adults in Hong Kong has a common mood disorder – about as many as in most high-income cities. [2]

What is the mental health situation in Hong Kong?

Surveys by several Hong Kong-based organisations have had revealing results. For many people, mental health issues appear to start in youth: one organisation found that over half of secondary school students displayed symptoms of depression. [3] In 2015 alone, 23 students aged 15 and above committed suicide. [4] A suicide research centre found that for young people aged 15-24, the suicide rate in 2015 was 8.5 per 100,000 people, a sudden hike up from 6.2 in 2014. In comparison, the overall 2015 suicide rate was about 12.6 per 100,000. [5]

The students might not find it much easier when they are older and in the workforce: 60% of working adults said their jobs caused them to feel “highly stressed”. [6] Long working hours could be related: a global survey by UBS found that Hong Kong people are at their desks for 50 hours a week – the longest out of the 41 surveyed cities including Shanghai (39 hours), Taipei (41 hours) and Tokyo (39.5 hours). [7] An astounding number of young adults have difficulties coping, and for 40% of survey respondents aged 11-30, stress has led to suicidal thoughts. [8] Another study suggested that 40% of adults – 2.2 million people – suffered from insomnia [9], which can significantly increase the chances of developing mental health problems such as depression. As the case stood in 2017, Hong Kong was ranked the seventh-least happy place in the world by Gallup International. [10] 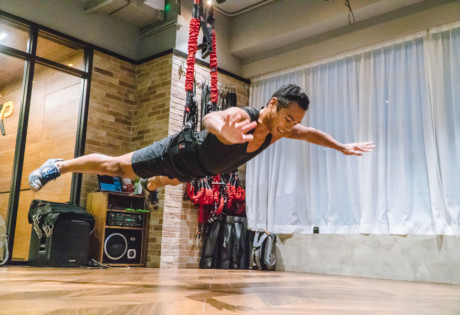 Super fun workouts for all you healthy peeps

Is there enough help for people who need it? Although only a quarter of sufferers seek help, psychiatric services appear to be already under strain. According to the Hospital Authority, some patients in a stable condition had to wait for nearly three years (146 weeks) for their first specialist outpatient appointment. Although that is a small minority of cases, many stable-case patients still need to wait months to see a psychiatrist. Those with urgent and semi-urgent cases usually get an appointment in 1-5 weeks. [11]

This is a particularly salient issue for lower-income patients, who often have no choice but to endure the wait, if they struggle to afford private psychiatric care, which is more readily available (prices range in the hundreds to thousands of Hong Kong dollars per hour-long appointment). Some private services charge means-adjusted fees, which can lower the burden considerably, and mean that some families can access help sooner.

However, regardless of patients’ income, other surveys indicate that there are simply not enough psychiatrists available. As of June 2016, there were only 345 psychiatrists in Hong Kong (in both public and private sectors). [12] Yet this is only half of the approximately 1050-1400 that Hong Kong needs to be on par with OECD countries, which have 15-20 psychiatrists per 100,000 of the population. A government survey found that the city has 4.6 public sector psychiatrists per 100,000 of the population – around half of the ratio in high income countries (8.59). [13]

Recent trends have shown that the number of people seeking psychiatric help has nearly doubled from 2004 to 2014, from 111,806 to 208,100 [14]. If this continues to grow, then Hong Kong’s psychiatric services will be severely stretched. As of 2013, public-sector psychiatrists were in such demand that each appointment lasted only about 12 minutes. [15]

Is anything being done about this?

The Chief Executive, Carrie Lam is well aware that mental health sufferers need more support. In her inaugural policy address in October 2017, she listed mental illness as one of ten conditions that will be covered in a new rehabilitation plan, which was under consultation in 2018.

The following month, at the Hong Kong Mental Health Conference, she pledged to improve services for people with mental health issues and for those who have recovered. She highlighted the [email protected] Campaign, which provides support and resources to help students improve their mental resilience. To ensure these programmes have an impact, she will establish an Advisory Committee on Mental Health.

Is there anything we can do? We can start talking! The more we speak out about our mental health issues, and the more we listen openly to those who are sharing their difficulties, the better the needs of sufferers can be addressed. So as a simple way to start, if you spot someone you know who has been behaving differently from the way they usually do, let them know you’re looking out for them and see if they’d like to have a chat.

Although it is simple enough to ask people to state their needs and share their feelings, the subject of mental health is still sensitive in Hong Kong, and for many, this is a challenging thing to do. Change will come when individuals take small steps to transcend stigma and silence.

Pick a day to start talking without fear and listening without judgement. You don’t have to fix people’s problems – just one conversation can help them feel less alone, and more supported and valued.

Everyone has their own unique approach. Here are a few ideas from Mind:

This story was written by Heenu Nihalani, a volunteer with Mind Hong Kong, and originally appeared here.