Hong Kong has a thriving nightlife scene, if you know where to look. Never one to shy away from a good party or cocktail, Adam Bires gives the low down on the best gay bars and LGBTQ+ clubs in the city

The LGBTQ scene has undergone dramatic changes over the years, whether it’s having more queer representation on screen such as these LGBTQ+ movies or organisations like Pink Season to help promote equality in the city. For those who are simply looking for a proper neon dance floor in the city to have a good time, these are the spots to hit on your nighttime tour of gay bars in Hong Kong. Do you.

Designed to be a place for people, Behind Bars is a LGBTQ-friendly bar in Tai Kwun for fans of drinks, audio and design.You can also find a selection of artisan coffee available throughout the daytime via specialty roasters Redback. Enjoy your drink in the comfy confines of the prison cells or out in the Courtyard.

One of the longstanding icons of Jervois Street, this is a dancefloor to unleash the best of your dark self on. For many years, through name changes and floor expansions, the boys en masse have continued to make the walk down the colourful steps to this venue. Definitely one of the gay bars in Hong Kong that can’t be missed. 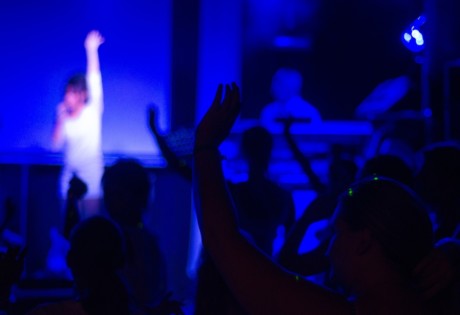 This one is the new kid on the block with just the right mix of vibes to make a riotous night. An ample bar, a well-chilled dance floor and a terrace for outdoor congregations, it makes for a good time. When it comes to gay bars in Hong Kong, Petticoat Lane is fast-becoming one of our faves.

If you’re looking for gay bars in Hong Kong, you can not go past Zoo. The scenes on the street outside Zoo provided vivid entertainment in years past, but now the crowd has moved inside, for better or worse. It’ll be a fight to the bar, but Zoo is a must stop on a gay bar tour of the island.

As with many bars in Hong Kong, classifying it one way or another is a blurred line. Staunton’s is a classic example of this, but it functions fine without it. You’ve got a mix of professionals enjoying the weekend here (particularly on Sunday afternoon) on the infamous steps next to the escalator. Sun up or sundown, the people watching is prime.

Another bar not to be labeled, if you’ve ever been to a side of the road, middle America dive bar, this place makes that scene cool in every aspect. Sitting right in the heart of SoHo, you can trust the bartenders with a good cocktail, and enjoy throwback music and gritty vibes – all done right. Go here to indulge on more drinks than you should before trolling somewhere for a dancefloor.

Find out why The Pontiac also makes it to our list of best bars in Hong Kong.

Your hair looks good there #getBEHIND

On the last Saturday of every month – Behind is the event to be at. A rolling party in various venues throughout Central, each time it moves the crowd goes with it.  The team behind Behind know how to pull the boys out of the gym and keep them dancing for hours. Be sure to check the Facebook Event page for the venue each month and get ready for the new After Behind at Petticoat Lane.

Check out the location of the next Behind event here.

If you’re looking for a low key bar with the mod vibes of friendly venues around the world, this place is a go-to. Friendly staff and late hours at night, if you need a drink in Sheung Wan – this is the bar.

Linq is the old classic (and recently had a facelift!) Don’t let unfriendly lighting deter you, as this bar has been standing strong on the creeky steps of Pottinger Street for many years. With a crowd of expats and locals alike, come for a classic drink or one too many shots. They also host the iconic Wednesgays with free vodka in the late evening for gentlemen! Beware the step into the bar – for those of us haunting this venue for years, we’ve watched many a novice take a tumble down Pottinger Street, but that’s kind of why it’s one of our fave gay bars in Hong Kong. 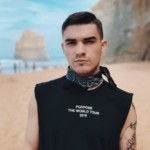 Trendy yoga & workout gear to get stretchy in