Ever thought about conquering the tallest mountain in Africa? The fearless Melanie Cox talks about climbing Mount Kilimanjaro.

Everybody wishes to hop on a plane and sendsthemselves on a short trip from Hong Kong, whether it’s solo travel or a group retreat to the best beaches in Bali. But for those more adventurous types, somewhere further afield may be in order. Local adventurous traveller Melanie Cox shares her story of climbing Mount Kilimanjaro. It may just be the inspiration you need to do something epic too.

Climbing Mount Kilimanjaro in Tanzania is top of the bucket-list for just about any adventure traveller. At 5895m in height, it’s not only the tallest mountain in Africa; but the highest freestanding mountain in the world. In 2017, my brother Glenn was travelling across Europe, Africa, and Central America, and this gave me a sign that finally, Tanzania was the place to go, and Kili would be my mountain to climb.

We booked the Superior Package with Climbing Kilimanjaro who say they have a 97 per cent success rate – in fact, our guide Musa had lost count of how many summits he had completed after passing 100 summits! – and I would recommend this, as it includes everything a top package offers except a portable toilet.  The booking was seamless giving me confidence leading up to my trip with a lot of detailed information provided from them including suggestions on diet, fitness, clothing, and equipment as well as how the team would offer sterilised water for us to drink throughout the trek.

In preparation for climbing Mount Kilimanjaro, I upped my cardio-game with daily hikes and a lot of Vinyasa yoga. I practice meditation daily and believe coordinating the breath, body and mind benefit me mentally and physically, especially in higher altitudes when the air is thinner to regulate oxygen flowing across my body. I generally eat clean and lean but added more protein into my diet leading up to my travels, and your entire experience will be more enjoyable if you kick off your trek as physically fit as possible, and are prepared for the challenges that lie ahead. 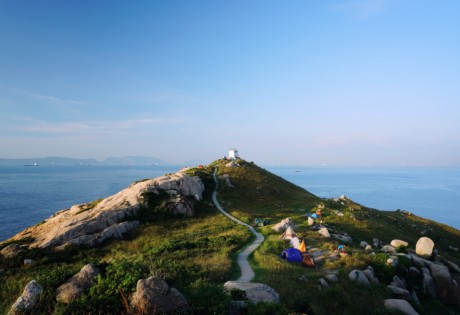 When it comes to climbing Mount Kilimanjaro, there are seven established routes to climb. We opted for the seven-day Lemosho route; which is considered the most scenic trail, offering panoramic views on various sides of Kilimanjaro. As a newer route, it is commended for its ideal balance of low crowds, beautiful scenery and high summit success rates. However it is more suited to experienced hikers due to the trek distance being longer. You could actually climb Kili in five days, but living in Hong Kong at sea level, any opportunity to further acclimatise would make all the difference to my chances of summiting.

Flying into Tanzania, I felt this huge sensation of excitement as I was greeted with stunning views of Kilimanjaro coming through the clouds. I only got perspective of how big the volcano was when I realized the tiny dots below were populated cities such as Arusha.

I was taken to my hotel, and my brother arrived that night from Cape Town to cross-coordinate our gear and bags. Thankfully, we had a team of seven porters who would carry water-proof camping and cooking equipment as well as up to 20KG of our gear.

The first morning we met our head guide Musa and a tour operator who briefed us on the coming days. After a bus ride with our team, we started at Londorossi Gate (2100m). It took four days to reach base camp, summiting on the morning of day five to Uhuru Peak at 5895m, only to descend down within two days. The daily treks range between four to eight hours and average 8-10km per day with steep trails, mixed with relatively high altitude.

The toughest day for us (aside from summit itself) was the day before the summit. We moved from Barranco camp (3984m) to Barafu camp (Base Camp) (4681m). Barafu is the Swahili word for “ice”, and the camping area was rather inhospitable for the night being exposed to constant gales. Our tents were pitched on a narrow, stony, and dangerous ridge, but the location provided stunning views in the day.

Heading to Base camp, we experienced a rainstorm and heard a blizzard was coming, meaning there was only a 23 per cent chance of reaching the summit that next morning. Having reached Base Camp and slept all day through with rain turning into ice on our tents, we were drained and nervous as we tried to rest as we prepared for our own summit climb.

We slept all day between meals that consisted of mainly carbohydrates, as protein is too hard to digest at that altitude. At midnight, we began the climb. Despite a 4.5 km ascent in fresh snow, and strong winds across the mountain, we were delighted to see that the rain had cleared the skies for us – looking up to see the galaxy and its stars illuminating the sky with shooting stars passing by the hour.

We were ahead of our schedule, and opted for smaller breaks and hiking at a constant pace to keep our bodies warm. Resting means your body temperature drops within seconds and the body grows fatigue due to less oxygen very quickly. We arrived at “the top” of the volcano only to remember we had to walk along the ridge! This was the famed checkpoint Stella Point, which most climbers find the most challenging mentally and physically. Here you are on the rim of a volcano 5739m high, exposed to winds at every angle. We chose not to rest, and continued walking towards the summit to stay warm.

We got to Uhuru Peak in an hour (average is two hours). I remember touching the summit sign and then dropping onto my knees as I was depleted and felt nauseous from pushing myself so hard in the cold, and then I turned around to see the sun come up in perfect unison at the break of dawn. Wow! We were the first to arrive at the summit that morning. To have 30 minutes alone, with my brother and our two guides – looking down at the world in -29 degrees Celsius was surreal. My iPhone could not stay on in the cold but my brother took some stunning shots bravely using his Fuji XT2 and a tripod.

I never thought I would be standing on top of Kilimanjaro catching the best sunrise of my life as the sunlight showered us with warmth, pouring into the volcanic crater and glaciers above the cloud line.

Climbing Mount Kilimanjaro sends over recommended fitness regime prior to the trek. On the trek itself, Musa took our heart rate and blood pressure every day and night to make sure we were physically fit to continue. We completed going up and down from Base Camp to Uhuru Peak in just under nine hours but climbers have been known to take 16 – 24 hours. Aside from cardio, muscle is essential due to demanding conditions and pathways which have windswept terrains knocking you back.

Kilimanjaro is technically the easiest to climb of the Seven Summits (the highest mountains of each of the seven continents). There is no mountaineering using special gear or ropes and you do not need mountain climbing experience. However it doesn’t mean Kili is risk-free. To me, half the climb was in my head. I was told that on a yearly basis, approximately 1,000 people are evacuated from the mountain, and approximately 10 deaths are reported, while the actual number of deaths is believed to be two to three times higher. The main cause of death is altitude sickness. 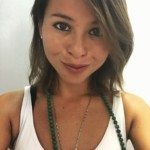 Half Chinese, half Australian, Melanie was born and raised in Hong Kong, and has a passion for yoga, meditation and traveling to places difficult to reach. In 2015 she took a year off work, visiting 13 countries in 13 months from Sipadan island; one of the best diving sites in Malaysia to Everest base camp, Nepal and the Himalayan borders of Burma, India and Nepal/ Tibet. When in Hong Kong you are likely to find her: on top of a mountain, snoozing on a paddle board in the ocean or when in town - most likely equipped with an ice cream in hand.