Quezon province isn't a tourist-heavy destination (yet), but that's part of its charm. Here's what to do, eat and see in this Philippine province on a budget.

We’re true blue city slickers, but once in awhile, we crave for a view devoid of skyscrapers. That’s why you’d often find us anticipating our next short retreat around Asia (especially if we’ve scored a fab hotel for less). In a recent bid to take the road less traveled, we ventured to the colourful province of Quezon (not to be confused with Quezon City), a three-hour drive from Manila.

Don’t get turned off by its remoteness just yet – traversing through small towns in Quezon is a true feast for the eyes, especially if you’re here during the annual Pahiyas Festival. If your idea of a fab getaway from Singapore includes trying intriguing street food and being in the heart of a local cultural fiesta, Quezon might just be what you’re looking for. Read on for our best picks on what to eat and do in the lively Manila province.

Celebrate the Pahiyas Festival with locals Held exclusively within Lucban, the Pahiyas Festival is the main highlight of the summer in the Quezon province. In honour of San Isidro Labrador, a patron saint for farmers, residents and tourists alike gather on 15 May to celebrate the year’s bountiful harvest by proudly decorating their homes with colourful fruit and veggies, watching cultural performances, and feasting on glorious street food. We spent the morning of the festival strolling through rows after rows of houses painstakingly decorated by locals and were greeted by a slight drizzle, so the weather stayed relatively cool.

Being in the thick of the festival was incredibly overwhelming, in a fantastic way. We could hear Filipino radio stations blaring from speakers, everyone had selfie sticks out and were donning bright floppy hats (even us), and there was a dizzying myriad of smells, from makeshift street food stalls to the faint petrichor in the air.

We also hopped over to two neighbouring towns, Gumaca and Sariaya, who have their own variations of the Pahiyas festival (Araña at Baluarte Festival and Agawan Festival respectively), but there’s a consistent theme that weaves all of them together – there’s plenty of food, laughs, and colours.

Dine at a waterfall restaurant The Philippines is one of the world’s largest coconut producers, so if you’ve been downing coconut water religiously or keeping up with oil pulling, you might have them to thank for it. Villa Escudero is a functioning coconut plantation along the border of Quezon and San Pablo city that is almost 150 years old, and has been open to the public since 1981.

Today, Villa Escudero is a resort, plantation and museum all rolled into one, and a huge win for tourists is Villa Escudero’s waterfall restaurant, where you actually sit in a waterfall while you eat. Your shoes come off, and you have to wade over to rows of bamboo tables to grab a bite. On a scorching day in Quezon, this was a godsend. Visitors can look forward to tucking into an unlimited supply of lumpia (The Filipino version of a spring roll) and banana cue (bananas that are deep-fried and coated in caramelised brown sugar), along with a slew of other traditional Filipino dishes. You haven’t had the perfect summer afternoon until you’ve munched on greasy lumpia with your feet submerged in cold, flowing water. 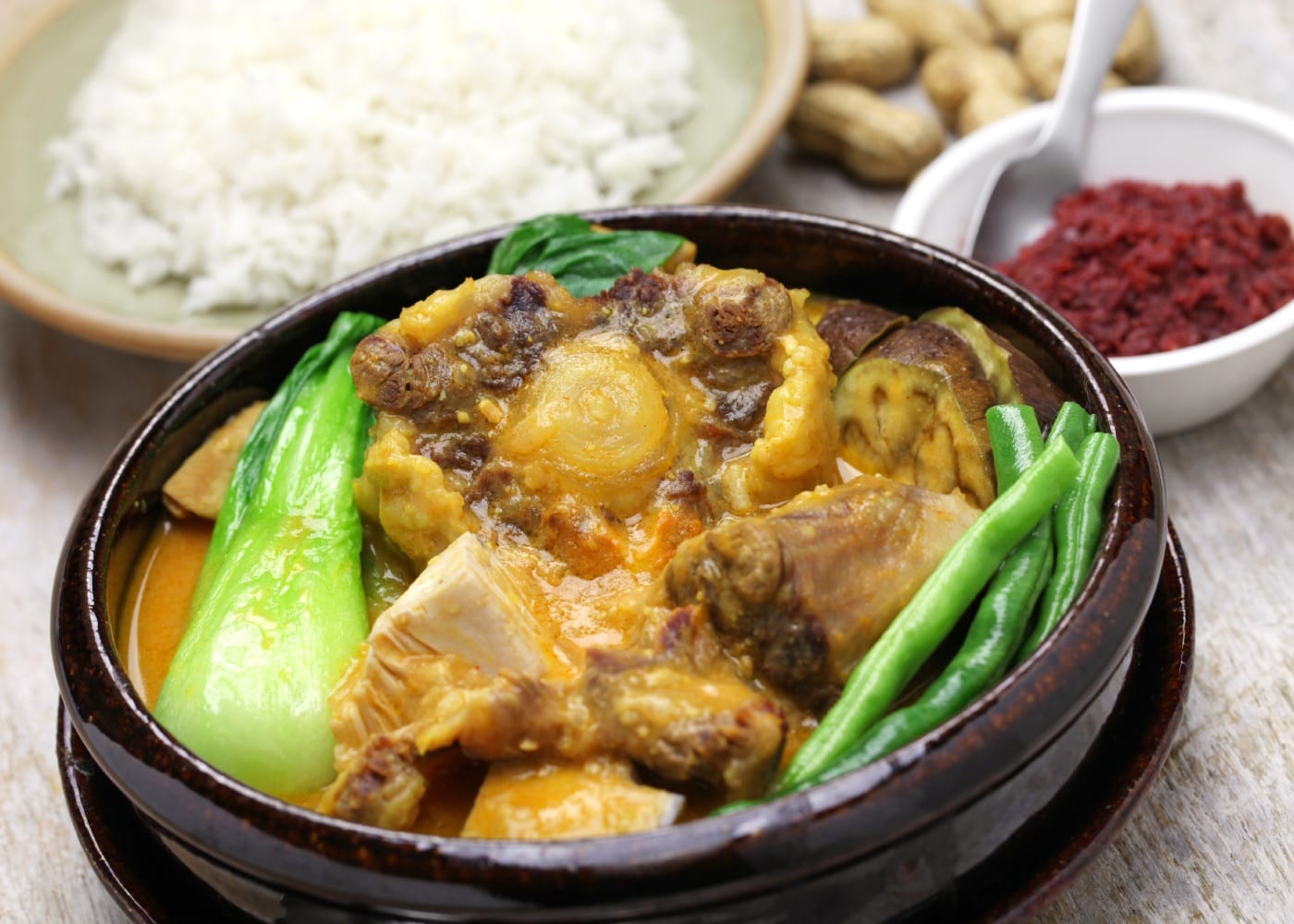 Get adventurous with food

If there’s one thing Filipinos love to do, it is to EAT. Throughout our three-day getaway, we were constantly surrounded by food, and people were always eating, whether it was by the street or in homely restaurants. If you’re one of those people who “will try anything once”, you have to get your hands on balut, an almost developed duck embryo that is boiled and eaten directly from its shell. It looks as unappetizing as it sounds, and there are even some locals that can’t stomach it. Tip: if you’re squirmish like me, just go for the savoury broth in the egg.

For the slightly less adventurous, Quezon is home to a whole host of delicious no-fuss street food that will hardly make a dent in your wallet. A popular one is Lucban longganisa, pork sausage stuffed with herbs and garlic. You’ll find strings of longganisa hanging from food stalls especially in the town of Lucban, where it originated from.

Other faves include taho (beancurd with sweet syrup made of brown sugar and vanilla), pancit (fried noodles) and hotcakes (pancakes served with sugar). These street snacks are usually served on a banana leaf sans cutlery, but I willingly got my hands dirty – all in the name of good, authentic nosh!

If you’re on a budget, consider flying to the Philippines with Cebu Pacific. Fares for a return trip to Manila start from about $270. On a day flight, the fun-loving airline might carry out short mini-games to entertain the little ones, and staff on board are incredibly warm and friendly (we even requested to change seats twice on my returning flight — oof!).

From Manila Ninoy Aquino International airport, we recommend hiring a private van to take you directly to the towns you want to visit in Quezon, which is way less hassling than tackling public transport.

Many thanks to Cebu Pacific and Philippine Department of Tourism for the much-needed getaway! Aliff is the to-go person for all things visual at the Honeycombers. Besides delving into the world of art and design, he’s also into exploring the jungles of Singapore to expand his insect taxidermy collection.