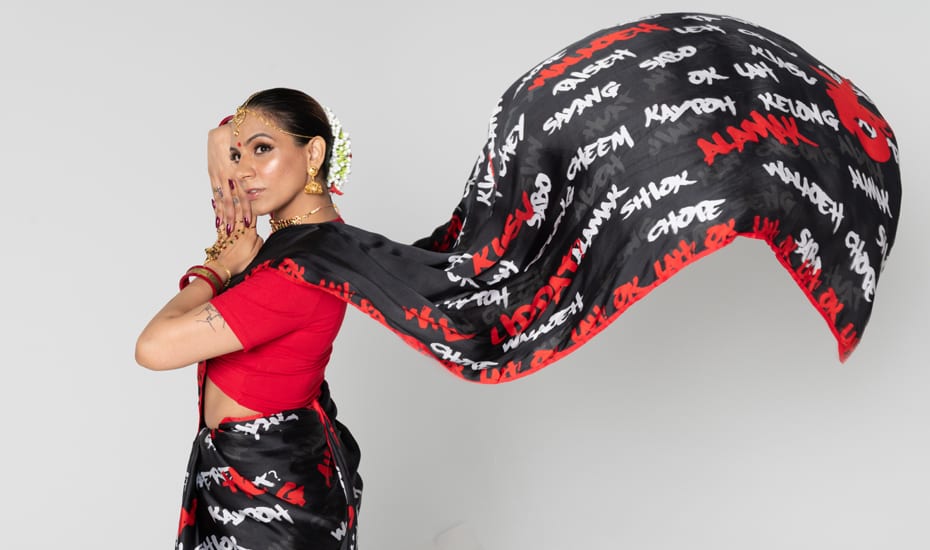 Comedy queen Sharul Channa will be back at Kalaa Utsavam 2018.

The Esplanade transforms into a haven for the Indian arts during this 10-day festival.

We’re getting our culture fix this Deepavali and diving into Kalaa Utsavam – Indian Festival of Arts. The annual festival celebrates the multi-faceted Indian culture with a spectrum of classical to contemporary works by artists from the Indian subcontinent, the Indian diaspora and of course, Singapore. Don’t expect anything less from this year’s 17th edition. Discover the rich Indian heritage with over 90 ticketed and non-ticketed performances from 16th to 25th November. Expect fun theatrical productions from Singapore and India, artists who weave traditional art forms with modern tunes, and engaging workshops that spark creativity and conversations. This is the place to be during the Deepavali season.

Culture vultures can look forward to a series of concerts including renowned sitar icon, Niladri Kumar, who invented a new instrument that combines the sitar and guitar: the zitar Listen to his soul-stirring zitar compositions as he takes a new approach – with hints of electric beats – with this traditional art form.

On board the indie train? You’ll love Kerala-based band Avial’s genre-bending and moody rock numbers that touch on social and political issues. In a sea of English-singing artists, Avial continues to win the hearts all over India by infusing electronic, folk and alternative rock music with Malayalam poetry. It’s safe to say that music goes beyond language. These guys will be making their Singapore debut along with musical prodigy and chitravina player, Vishaal Sapuram.

Discover stories of mythical heroes in the Indian culture

Gather round and listen to folk tales and stories of mythical heroes found in Indian culture. Start your journey with the international premiere of Bali by India’s Adishakti Theatre. It’s a heartwarming and inspiring story of an unsung hero (and MVP if we may add) from the Indian epic Ramayana. Did you know that the monkey king, Bali played a major role in helping Rama win the war against the ferocious demon king Ravana? Book your seats, stat, to discover how this play on justice, ethics and morality unfolds.

Closer to home, local production Avant Theatre presents Parasu, The Story of an Ultimate Warrior, an age-old tale which follows the life of Parasurama, the sixth avatar of Lord Vishnu.

Sharul Channa is back to tickle your funny bone with another hilarious yet thought-provoking show – this time putting the spotlight on the struggles of women in the Indian community. The actress will step into the shoes of Malini, Mumtaz, Aunty Sunita and disco Sheela, four strong characters with relatable problems that many women encounter in their daily lives.

Workshops and talks for all

The fun continues with a medley of workshops and activities for all. Bring the kids for a round of basic yoga or Indian dance, or gather some insights at various talks and storytelling sessions by critically-acclaimed authors and personalities. We’ll let you in on a secret: most of them are free of charge.

With a mix of fun concerts, engaging plays, dance performances and workshops, this 10-day Indian festival is sure to get us in tune with the Indian culture and in the spirit of Deepavali.

Kalaa Utsavam – Indian Festival of Arts 2018, runs 16-25 November. Tickets range from $12-$45 and are available online. Get the full festival program.

This article is sponsored by Esplanade – Theatres on the Bay.