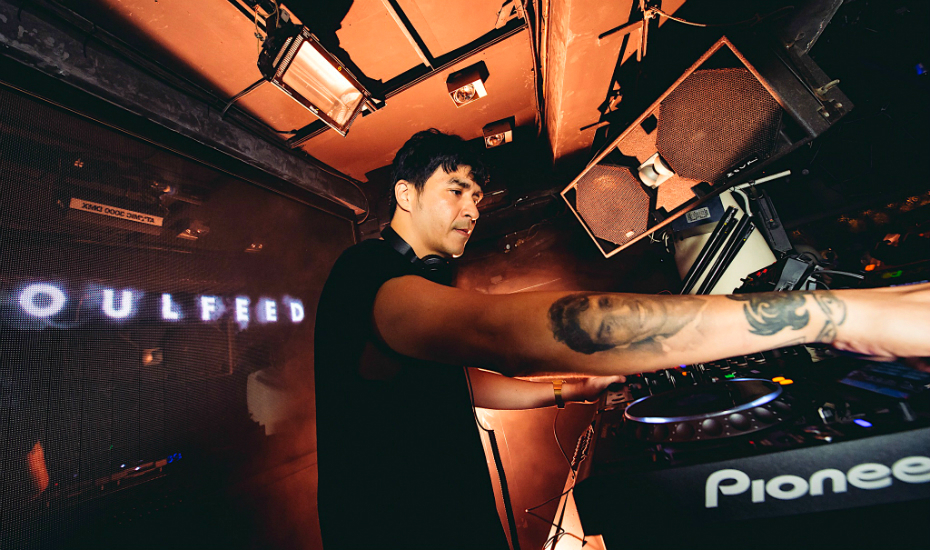 Hong (who also goes by the alias, Ferng) has been involved with the Zouk family for the last 20 years (Credit: Zouk Management)

Renowned as one of the best local DJs in Singapore, Hong (AKA Ferng) shares with us his beginnings, peeves in the party scene, and even where to hang out in Singapore

A club is nothing without its resident DJs. The limelight may shine bright on superstars from abroad, but the residents are the ones who truly give a club character and keep it afloat – catering to the ravers week after week while preserving the club’s creative direction, and setting the tone of the night with fitting preludes as warm-up acts. Hong, who also currently goes by the moniker of Ferng (but we’ll get to that alias switcheroo in a bit), has been one of Zouk’s longest resident decksters who’s been involved with the institution since 1996, and continues to be one of the prime players of the #6 best club in the world (as voted by DJ Mag).

Hong’s reputation as one of Singapore’s most influential DJs is a resounding one, having supported the likes of Sven Väth and Solomun, represented Zouk in Ibiza and Paris, and now helming the Soulfeed series that plans to push underground house and techno into the next frontier of Zouk’s unstoppable growth. With the gargantuan ZoukOut festival just a stone’s throw away, and major developments such as Zouk’s departure from Jiak Kim and relocation to Clarke Quay underway, we figured now was the time to hear from one of Zouk’s proud sons, and we can’t think of a better authority than Hong.

Hey Hong, or should we call you… Ferng. Why the sudden change in alias?

Will Soulfeed continue to push on in Zouk’s new headquarters?

Zouk has always been about pushing a wide spectrum of club music since day one. Soulfeed is a celebration of the deep, tech, progressive house and techno genres. It’s about staying true to our roots – being house music – which was the sound of Zouk in the beginning. Also, the night is about pushing music that feeds our soul. I’m looking forward to the upcoming Soulfeed nights with more stellar acts at our new home.

You’ve been in the scene for a long time. How would you say you’ve grown as a DJ and performer through the years?

If you were to reminisce about your beginnings, what was the hardest thing that plagued you when starting out?

I actually joined Zouk in 1996, but it was a short stint. I left Zouk for a stable and secure day job thinking, “How long can this club last?”. That was the hardest thing I did, and I regret that decision to this very day.

How has Zouk changed your life on a personal level?

My entire adult life practically revolved around Zouk. This is where I found true love… a dream job, a beautiful wife, lifelong friends and unadulterated aural pleasure.

Do you still remember your first ZoukOut experience as a punter?

It was the very first ZoukOut back in 2000. It was definitely much smaller in scale compared to what it is today. Think Seven Month Ghost Festival-style marquees.

What has been your favourite act you’ve caught at ZoukOut?

What are you gonna miss most about Zouk’s old home at Jiak Kim?

It’s tough to replace a place that you have been visiting religiously for the past 25 years. I’m gonna miss its off-the-radar location, intimate vibe, and free parking.

Your set direction of the night often corresponds with the theme of the party. But if you could play any style of music without limitations whatsoever, what would it be and why?

Ever since I was a kid ’til today, I have had the urge to discover and indulge in any form of non-mainstream music. If I can go freestyle, I would love to play an eclectic selection of music – an exploration into all sorts of sounds. It will probably be a journey into deep, hypnotic beats with various genres of futuristic music and classic tracks sprinkled over it.

In the local dance scene, what would you like to see DJs doing more of, and what less of?

Learn how it was done originally, mix vinyls on turntables. Use your ears, not look at laptop screens to help you beat-match; or worse still, using the sinful auto-sync function. Explore new methods, but don’t abuse and cheat with technology. DJs should keep an open mind and listen to a wide variety of music. Be supportive of other DJs playing other forms of music instead of trashing one another. Don’t take it so seriously and personally. At the end of the day, we are doing it for the love of music. But I have no comments about those wanting to be a DJ for other reasons.

Who’s one local DJ you’d love to see gain traction in the next couple of years?

Do you have any go-to record stores in Singapore where you do your vinyl digging?

I stopped collecting vinyls a long time ago. I already have a room full of vinyls and I’m trying to make space for my current obsession with hardware synths and music production gear. Back in the day, Valentine’s, Roxy, Dada, Vibes, and HMV were some of the stores I visited weekly whenever I got intel that new releases had arrived.

And what about other local hangouts that you’d recommend visitors to check out in Singapore?

Ferng performs on ZoukOut Day One, 8.45pm at the Star Stage. For more information on the ZoukOut festival, check out our ultimate guide.