The first ever Women's Festival is coming to the city from 1-9 September, so we wanted to find out more about this empowering event

From art exhibitions to monthly concerts, Hong Kong is definitely diversifying when it comes to culture, and a group of local women have recently come together to bring the first ever Women’s Festival to the city. Here, we sit down with them for a chat about the challenges and joys of creating the event.

The first thing that you’re immediately struck by when chatting with the group of women behind Hong Kong’s first Women’s Festival is the sheer excitement and passion that they all have for this project. Co-organised by Vera Lui (founder of Sally Coco), Chantal Wong (Eaton HK’s Director of Culture), and Sonia Wong (founder of Reel Women Hong Kong), the festival is all about empowering modern women in Hong Kong, and came about as a result of a shared vision to bring an event that allows females to learn and be curious to the local market.

Initially, one of the biggest challenges for the group was trying to explain their idea to collaborators. “I’d never done something like this before. I mean, I’ve held workshops and talks, but this was something new. The most difficult part was talking to people who we wanted to be involved and sponsors about the vision, as nobody knew what to expect,” explains Vera Lui.

But once they could articulate what they hoped the festival would be, they found a range of supporters coming out to help in a variety of ways, with Eaton HK coming on to host the event.

“Gender equality is one of the core issues we are committed to supporting with Eaton Workshop,” says Eaton founder and president, Katherine Lo. “When I envisioned my dream for Eaton HK, it was to gather a tribe of like-minded people doing good work in the world and I am honored to be part of the creation of the first Hong Kong Women’s Festival. The women of Hong Kong have long deserved a platform and spotlight, and we are proud to be part of the changing tides for redefining what it means to be a modern woman in our society today. We are excited to see Eaton HK filled with strong women who will come together to learn, celebrate and walk away feeling empowered to forge their own destinies.” 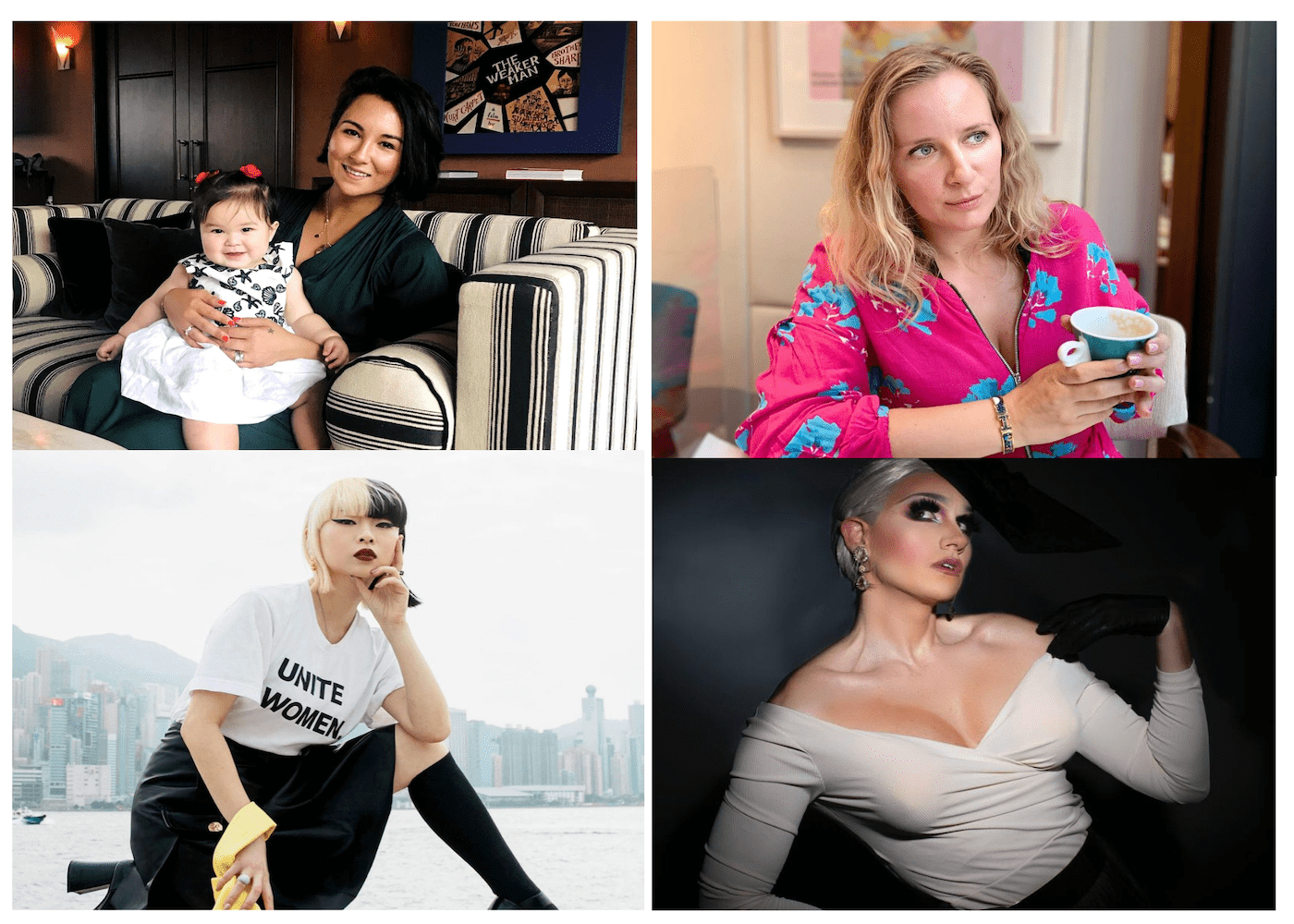 The nine-day event sees a diverse programme designed to be accessible to all women and filled with everything from belly dancing classes to skincare workshops; discussions around education reform to anti sexual violence workshops.

Films play a large part of the programme, with Sonia Wong from Reel Women Hong Kong selecting a range of screenings that are a little riskier than your average viewing in the city.

“All the films, I would say, tell the stories of ‘invisible’ women; the mature Taiwanese lesbian with a family for example,” says Wong. “I want to be able to bring these topics to the table and to talk about them frankly.” The programme touches on women from all walks of life who society is aware of, but whose stories are often not widely told or shared with larger audiences.

The extensive educational component of the festival also dives into waters that many fear to tread. “For me, because I promote sex positivity, September 8 is going to be a great day. It’s all about sexuality. In the age of the #metoo movement, we need to explore how we raise awareness in Hong Kong,” says Lui.

The entire festival is closing with an absolute bang, in large part thanks to Chantal Wong, who admits that she loves a good party. “A lot of the events at the festival are very cerebral, like yoga and meditation, but I just think that when you’re dancing and having a great time, that’s like the truest form of self-expression.” Gurl Power Music Party sees a range of female musicians, DJs and drag queens take to the stage, so that attendees and organisers alike can celebrate the power of females.

As far as what’s next for the Women’s Festival, the idea of taking it out to schools and the wider community is one way in which it may morph and change in the future, giving greater access to people who may not be able to attend, and hopefully educating and engaging even wider audiences.

“There’s a lot more work to be done, but having these kinds of events every year is part of the pillars we designed when planning the event, “ says Chantal Wong. “Watch this space!”

Find out more about the Women’s Festival here.

Looking for more Hong Kong culture? Check out the best cinemas in Hong Kong, explore our favourite art galleries or learn the meanings behind these Chinese temples.