Hong Kong is a beautiful city filled with colonial architecture and rich Chinese culture. Alongside the stunning historic buildings, like Tai Kwun and Chi Lin Nunnery, many wonderful Chinese temples can be found from the bustling city to the surrounding islands. Temples are a sacred place for people to worship and pay respect to different Gods – and, did you know that most of the temples in Hong Kong are dedicated to a small group of deities? Whether you’re a Buddhist, a Taoist or a non-believer, it’s interesting to learn more about local culture, so have a look at these temple facts for next time you’re passing one by on the street.

All the Chinese temples you need to know about

The God of Literature and the God of War: Man Mo Temple

The Goddess of the Sea: Tin Hau Temple

There are over a hundred Tin Hau Temples in Hong Kong, all of which are dedicated to Tin Hau (or Mazu) – the Chinese Sea Goddess. Tin Hau is highly respected by fishermen and those who live by the sea. Myth has that she can roam the seas and protect her followers from natural disasters. From the islands to locations that have now been reclaimed, you can find a Tin Hau temple almost everywhere in Hong Kong (including the famed structure on Temple Street in Yau ma tei), just going to show how important the sea is in the history of the city, and still today.

The God of the North: Pak Tai Temple 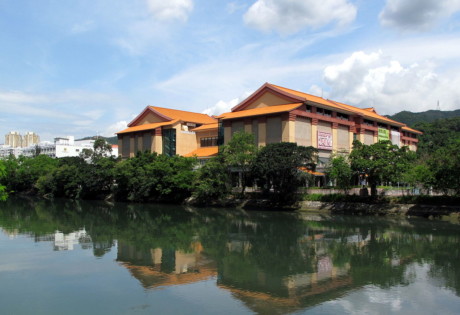 POWER UP YOUR WEEKEND at Lee Gardens” Cheer-