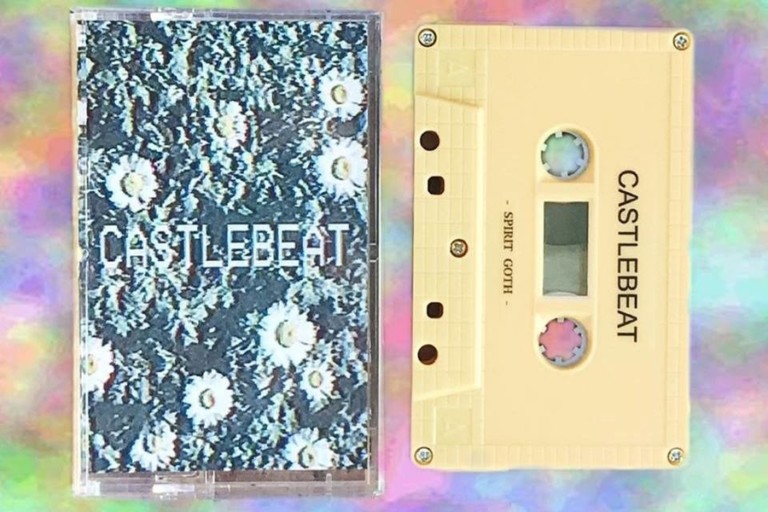 "The lo-fi sound was not something that bedroom pop artists were aiming for, but just resulted due to subpar recording equipment. Nowadays, the bedroom lo-fi style is sought after,” says Josh Hwang from Spirit Goth.

Wistful nostalgia, dreamy melodies and fizzy textures. With internet lo-fi sensations like Clairo, Fazerdaze and Mellow Fellow gaining widespread success, indie fans are no strangers to the genre: Bedroom pop. Established in the States, record label Spirit Goth spearheaded the lo-fi trend half a decade ago. To take things further, Spirit Goth set up a monthly Cassette Club in the beginning of 2019 for listeners from across the globe.

We interviewed Josh Hwang from Spirit Goth – who is also known as the talented CASTLEBEAT – on how the Cassette Club came about, the meet-cute story of him and other artists like Vansire, and his love for his Slowdive t-shirt.

An interview with Josh Hwang from Spirit Goth

When did you establish the record label Spirit Goth? Why “Spirit” and “Goth”?

I started the label in college. The first release was Jaded Juice Riders’ Girlfight in 2016. One of the first songs I ever recorded was called Downtown Spirit Goth and I just liked the sound of Spirit Goth.

Were you unsure about starting an independent record label that promotes music that is still considered niche? Has anything changed since then?

I didn’t have a business plan when I started, I didn’t really look at it as a business. I just wanted a way to release my music and some of my friends’. Now I just run it with the help of my girlfriend, Sonia, who sings in the song Telephone.

Spirit Goth started hosting the monthly Cassette Club in January, 2019, where subscribers will receive a new cassette each month (I’ve really enjoyed the ones I’ve received). What are the main goals of this and what can we expect as time goes by?

Cassette Club started as an experiment for us, we wanted to use the monthly subscription business model that’s so popular today. I did some research and couldn’t really find any other monthly tape subscriptions, so I thought it could be a great opportunity to try.

There are several goals with the club. One is to be able to create more content for fans of Spirit Goth, and the second is to be able to feature other artists and labels outside of SG. Eventually, the Cassette Club could become a separate entity from the label entirely, and act as a platform for people to discover music in the bedroom pop community.

How did you first get in touch with these lo-fi artists such as Vansire and High Sunn?

When I started the label, one of the things that I did to gain more traction was to make monthly playlists. One day I found a project called Vansire on bandcamp and asked if they wanted to be part of the playlist. This was a few years ago and since then, we’ve worked together on a few releases including last year’s Angel Youth which we released on vinyl. Josh and Sam (from Vansire) are really down-to-earth dudes. Josh and I became great friends during his few months living in New York. And I’ve kind of made him an honorary member of the Spirit Goth team whom I often consult with regarding label decisions.

I got in contact with High Sunn when he sent me some demos for his album Wishes back in 2016. We were very new at that point, so I’m not sure how he found us. I consider Justin one of the original artists of our label, and it’s cool to see how far we’ve both come having started around the same time. We recently just released his latest album Our Perception back in January, which kicked off our monthly Cassette Club.

“Bedroom pop” comes across as groovy and coming-of-age – the music itself gives you a sort of riding the wave kinda feeling. What do you think about this tag?

I think it’s nice that this music finally has a name! It’s always been difficult to describe. It seems like bedroom pop is gaining popularity as one of the few genres that really represents indie music since it doesn’t require much recording equipment. I do think that bedroom pop has shifted. The lo-fi sound was not something that bedroom pop artists were aiming for, but just resulted due to subpar recording equipment. Nowadays, the bedroom lo-fi style is sought after and you can tell artists with high production ability are trying to lo-fi their sound.

You make music under the aliases CASTLEBEAT and Jaded Juice Riders, what sort of narratives were you drawn to with each of them?

I was in high school when my friend Kris and I started Jaded Juice Riders and recorded a self-titled album. We grew up in Southern California, where surf garage rock was a very big thing and we just wanted to be a part of it. Eventually we kind of split up for college but I continued to record release a couple more albums, Girlfight and Bowl Cut, with my brother Mateo. Kris now records as Kalm Dog and we’ve done a tape release for SG16 Willows on Spirit Goth and Fixie EP on our subsidiary net-label, Birthdiy.

In college, I started CASTLEBEAT to get away from energetic garage rock a little bit and make slower, dreamier music. I was getting really into 80s post punk bands like The Cure, Joy Division, and just pop music in general which really shaped the aesthetic I was going for.

What’s the sentiment behind the music video for the song I Follow? I love it!

There’s not a whole lot of meaning behind it actually (laughs). It was just a quick pop song! But I had just recently moved to Brooklyn and started my first job. It was a very exciting time and I wrote a lot of songs. There are actually two music videos. I put together an original music video. The YouTube channel ‘I am cyborg but that’s ok’ also posted a video which incorporates scenes from the 1991 movie Career Opportunities, which is the one most people know of. The video I made was basically just about a kid dreaming. It’s kind of a blur, but also conveys what it was supposed to be.

What gear or instruments are you currently fond of using?

I currently use and have always used Fender guitars and basses, but I also have a retro Vox Apache guitar that sounds super lo-fi. I’ve been trying to incorporate more synths into my new songs as well. Lately, I’ve been experimenting with lo-fi microphones and just recently rolled out a Spirit Goth telephone mic, which I’ll be publicly announcing it soon. 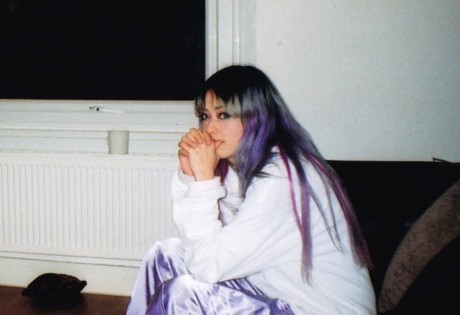 What is it about recording lo-fi music that you enjoy most?

I like that it doesn’t take a real studio or fancy equipment. I can put out music that is 100 per cent my vision unaffected by audio engineers and producers.

Personally my favourite type of music combines a happy melody with sad production style or lyrics.

Slowdive or My Bloody Valentine?

Slowdive. I have a Slowdive shirt that I’ve been sporting for years, and it’s so faded that it’s barely even visible anymore.

Which artists or albums in recent times have you been really into?

Despite being from Southern California, I never really listened to the Beach Boys in depth until recently. I got really obsessed with the Pet Sounds album along with some of Brian Wilson’s other albums, so I listened to songs about surfing all throughout the New York winter.

How would you sum up your (or Spirit Goth’s) musical ambitions as you look ahead?

I hope to continue growing the label while staying true to our original goal of representing indie music and refreshing the image of record labels.

We sit down for a chat with Last Dinosaurs

Level 1 Learn to Read the Tarot