Taipa Village Cultural Association is honoured to present a unique art collection entitled “Who Heeds a Man who Sits and Wails Out in the Cold? – Illustrations and Drawings by Rui Rasquinho” from today to 3rd July 2020 . The exhibition showcases an array of illustrations by Rui Rasquinho, a Macau-based Portuguese artist whose latest work is inspired by Chinese literature written by controversial Chinese literary scholars.

The exhibition showcases a selection of works from a series that Rasquinho had previously published in a local Portuguese-language newspaper Hoje Macau on weekly basis from 2012 to 2019. The illustrations were inspired by ancient Chinese literature written by controversial Chinese literary scholars such as Li He (790-816 AD), Wang Chong (27-100 AD), Huainanzi (139 BC) and Wen Tzu (742 AD). The title of the exhibition is taken from a poem entitled “Let Wine Be Brought In”, written by Li He. Despite the work in the exhibition displays strong Chinese and oriental elements, it is also inspired by elements of Western classical and contemporary art.

The wisdom of the Chinese literary scholars intrigued Rasquinho, prompting him to explore their time-honoured work in a pursuit of authenticity and beauty that is also emblematic of the cultural diversity of Taipa Village. To visualise the scholars’ wisdom, Rasquinho presents an array of illustrations and drawings by combining his abstract style and the format of Chinese foldable books, the development of which he has dedicated a great deal of time over the past six years. From Rasquinho’s stance, the accordion-like foldable books (known as “Orihon”) offer an opportunity for audiences to explore and interpret the work in their own way, revealing a perspective that differs from typical graphical painting.

Originally from Lisbon, Rasquinho moved to Macau in 1996, working as an artist and illustrator specialising in various fields, including drawing, painting and videography. Rasquinho continues to develop his abstract artistic style and explore different possibilities to curate art pieces in different forms to best express his innermost perceptions. Chinese and oriental artistic culture has inspired him greatly and contributed to his growth as an artist over the past ten years.

“We are honoured to exclusively showcase the illustration collection of Rasquinho for Macau art enthusiasts and connoisseurs,” says João Ó, President of the Executive Board at Taipa Village Cultural Association. “As a Macau-based Portuguese artist, Rui Rasquinho manifests a defined evolution of his artistic skills in illustrations in his exhibition, inviting visitors to interpret his fascination for delving into Chinese literature through his multicultural and multi-faceted bilingual lens. More importantly, the exhibition bridges East and West to revisit the heritage of ancient Chinese literature dating back to 139 BC within the Pearl River Delta region.”

Taipa Village Cultural Association continues to bring together the endeavours of local and international art talents by exhibiting a multitude of artworks at Taipa Village Art Space. Embodying Rasquinho’s multicultural background, this exhibition represents another step in further transforming Taipa Village into a lively centre for east-meet-west artistic and cultural intelligence that further promotes the cultural and creative industries in Macau.

MR & MRS FOX is Back for Design-Savvy Dining 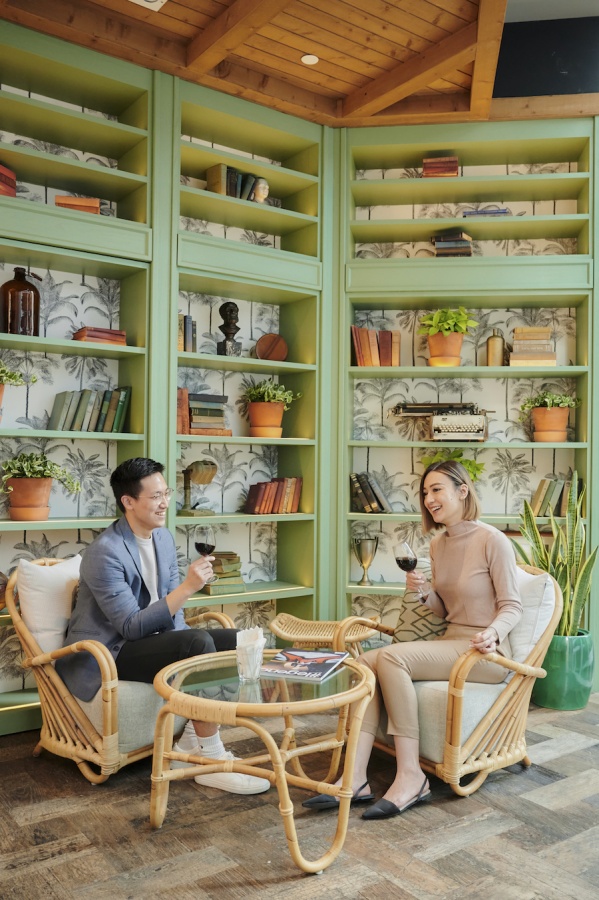 Ring in Year of the Ox at The St. Regis Hong Kong