We interviewed Sian Taylor from Box of Hope about the philosophy behind this charity project and why it’s a valuable lesson for kids and grown-ups.

Want to make a conscious effort to support local charities? If you’re looking to volunteer in Hong Kong or wondering where to donate in Hong Kong, there are many organisations that will appreciate an extra pair of hands, including Impact HK and a number of animal adoption centres. Box of Hope, an annual charity project based in Hong Kong, is dedicated to providing useful and educational gifts to underprivileged children in Hong Kong and Asia, and we chatted with Director Sian Taylor about the team’s goals and why it has been such a wonderful experience.

Hi, Sian. Thanks for chatting with us. What does Box of Hope do?

The purpose of Box of Hope is for children with plenty to give to children that have nothing. School children wrap a box and fill it with essential items, such as toothpaste, toothbrushes, soap, as well as fun things like pens and paper, toys and lego. After the schools have collected the boxes, we take them to our temporary office for three weeks and look inside every one of them. Our core team consists of twelve people, and there are over two hundred volunteers.

How did Box of Hope come about at the very beginning?

It was started by a friend of mine. She did something similar when she lived in England because she realised her children had so much and there were children that have so little. The thing is, it’s very easy to open a conversation with your child by just telling them: “We’re going to put things in a box that you like, but you can’t have them, and you’re going to give them to someone that has nothing.” It’s an easy and simple way to teach children about giving.

How many boxes does Box of Hope collect each year?

This year comes the 11th year of Box of Hope in Hong Kong, and at first we had around 800 boxes. Last year we received 32,251 boxes, contributed from approximately 130 Hong Kong schools and 30 corporates (banks, law firms). We deliver them to Hong Kong, Macau, China, Thailand, the Philippines and Cambodia.

So Box of Hope isn’t limited to just schools, corporates can participate as well?

Of course. For corporates, we move them to older children because the kids at primary schools like to make one for their age. The older kids will receive stuff like cards, tennis balls and shuttle balls that you kick.

What organisations is Box of Hope working with in this charity project?

With two million people under the poverty line here, many people in Sham Shui Po are living in caged homes and quite a few of them have children. We give to SoCO (Society for Community Organization) and they take about 2000 boxes and spread them to those in need. There are also Po Leung Kuk, Mother’s Choice and quite a few other small homes. We also work with Cambodian Children’s Fund from Cambodia, ICM (International Care Ministries) from the Philippines and OneSky from China. 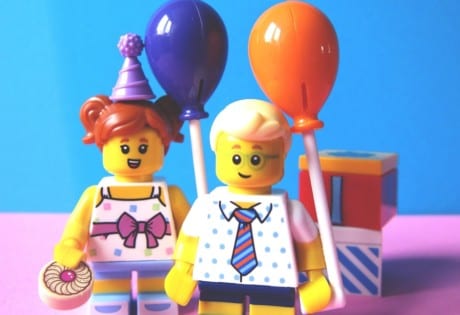 What did you do before managing Box of Hope full-time?

I was an event organiser before I had my children, Box of Hope came up after that. When I went back to work, I found it very stressful to do both, but unlike running a golf tournament for golfers, Box of Hope is for a good purpose, so I felt like it’s much easier to balance it.

So far has it been tiring or rewarding, or both?

Both (laughs). It’s very rewarding. Every year there is a different problem, whatever it might be. But in January, I went down to the Philippines with ICM (International Care Ministries) charity, and we gave out the boxes. You actually saw the children receiving them and it was wonderful. And sometimes you pick up a box and it’s from someone you know! It is very rewarding.

Do you want to get involved? Corporates can ask their employees to make their own boxes to donate, fill boxes at work or simply donate the value of a box. You’re also welcome to help run a box drive or volunteer four hours of your day checking the boxes.

Keep up-to-date with Box of Hope.

Insider tips for all you vegans in Hong Kong