Party on the beach, sail on a ship, boogie in the countryside, or let loose in the city; the music festival scene is alive and kicking in Asia!

Counting down the days to Bestival Bali or Sunny Side Up? You’re not alone. But there are plenty of other awesome music festivals around Asia to look forward to as well. From gigs set beside killer mountain views and ski resorts, to sun-kissed beaches and super yachts, these music festivals are worthy of any fest-head’s bucket list. So if you want to kill two birds with one stone by squeezing in a city vacay while bopping your head off at a music or dance festival, then check out these options around the region. Pack your bags Honeys, let’s rock Southeast Asia!

Held in a ski resort in an actual valley in Korea, Valley Rock Festival is the premier music fest for rock fans in Korea, complete with the camping experience and big names like Gorillaz, Sigur Ros and Major Lazer.

Holiday Land Festival will feature British R&B act Sampha, breakout indie stars The xx, London synth-pop outfit Years and Years, and more big names to get you moving on the D-Floor. Held in the urban Nanji Hangang Park in Seoul, Holiday Land is the city music festival experience you can have!

All regular island-dwellers know that Potato Head Beach Club is the place to be to be seen in Bali, so it’s pretty ace that this ultimate social oceanfront spot will once again be the setting for this annual music blowout. Featuring Phoenix, Big Sean, Hot Chip, Charli XCX and more, this summery soundtrack will have you busting moves from your sundowners ’til dawn.

For the city-slicker, Jakarta’s most coveted indie-music festival is held in the heart of the city. Get in the bustle as it returns this year with an impressive line-up featuring indie French rockers Phoenix, pop queen Charli XCX, Korean hip-hop group Epik High and loads more to tickle your tuned-up fancy.

Held in the cool and crisp Genting Highlands, Good Vibes Festival is perfect for both fans of indie music and electronic dance music. French power-pop band, Phoenix, will be headlining the festival, along with other class acts like the radio-friendly Kodaline, The Kooks with their swagger-y indie-rock, and plenty more.

With so many great names under them, Japanese label Hostess Club really knows how to throw a party fest. Though the line-up is short and sweet, it’s a quality one to check out. From Scottish post-rock heroes Mogwai to English rock quintet The Horrors, you can count on Hostess Club to bring the best names together for their shindigs.

One of the most iconic and biggest music festivals in Asia, Summer Sonic is worth travelling to Japan for. For the cool cats who want a big festival experience with the camping experience and still be near the city, Summer Sonic is for you. The past few years have played host to the likes of Radiohead, Coldplay, Queen, and Metallica. Headliner and EDM maestro, Calvin Harris, will be joining the impressive list this year.

We know you party people recognise this name. Yep, the international Ultra fest is once again bringing the party to Bali’s beaches. Like the full-blown festival, Ultra Beach Bali will bring down the world’s top EDM DJs with unparalleled stage design and top-tier production – in the idyllic beach setting of Potato Head Beach Club, no less.

For the fun-loving festival goer who is equal parts environmental warrior and music geek, the Bestival vibe is really for you. This UK festival franchise is setting sail to Bali for a new adventure and it’s off to a great start with alt-rock group Alt-J, hip-hop trio De La Soul, Canadian electronic duo Purity Ring, and more in the stunning GWK heritage park.

With electronic music, camping and the great outdoors, Quest Festival is instrumental in turning Vietnam into a hotspot for music festivals in the region. The three-day festival is a feast for the senses, with intricately designed stage design, art installations, and performances, all to create an immersive experience for participants.

New York’s iconic electronic music festival makes its debut in Shanghai this year. An EDM festival of epic proportions, this giga-sized festival will see its signature, outrageous stage set-ups in Shanghai as well. 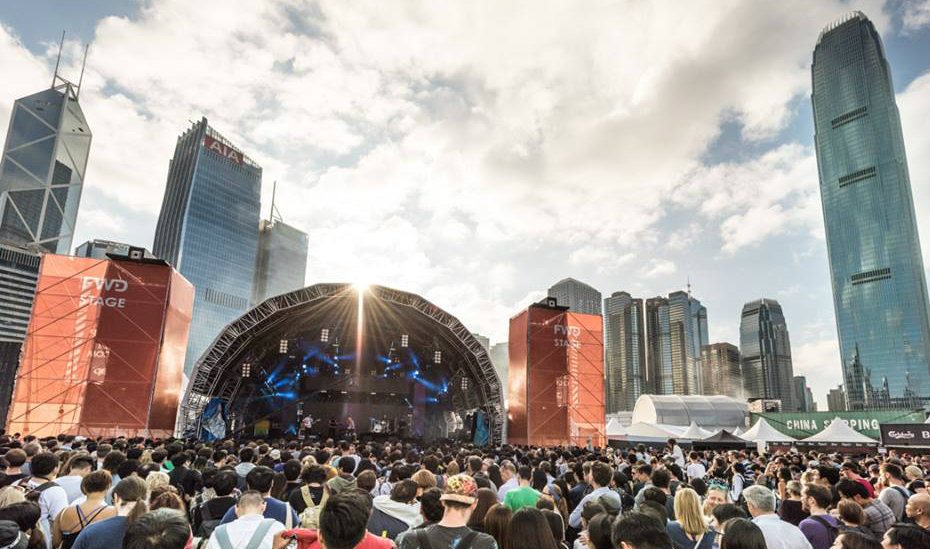 This year, the region’s premier music and arts festival celebrates 10 years of existence from one of our favourite [and Honeycombers-based] cities in Asia. As you’d expect, the line-up is going to be better than ever, bringing with it a curated roster of international acts, with Massive Attack from the UK being the biggest name so far.

A cruise and a dance party put together – what could be better? We’re not sure who is playing this year yet, but really, just check out the past It’s The Ship reviews for a glimpse of this wild booze cruise that you won’t wanna miss.

This legendary beach party by Singapore’s biggest club, Zouk, has grown so much and attracted an international crowd since it first kicked off. No deets have been released yet, but we’re sure everyone will be clamouring to get tickets for this ultimate dance party, having hosted Hardwell, Martin Garrix, and Steve Angello in the past.

Calling all hippies! While details on the line-up are still scarce at this time, the second Wonderfruit Festival of the year is definitely one unique festival experience you should try for yourself. Besides the diverse music and high-scale production, Wonderfruit also believes in the fundamental ethos of sustainability and community.

DWP has ballooned into one of Asia’s largest dance music events – and rightly so! Each year, they rope in the best acts in the dance industry like Hardwell, Snakehips, Zedd, Martin Garrix and more to perform at the event, from massive international acts to local hype acts.

Thinking of a city escape to catch one of these off-island fests? Here’s our guide to the best cheap stays in Singapore, the best holi-dates for a long weekend, and even hiking trails in Southeast Asia to make the most of your adventure.