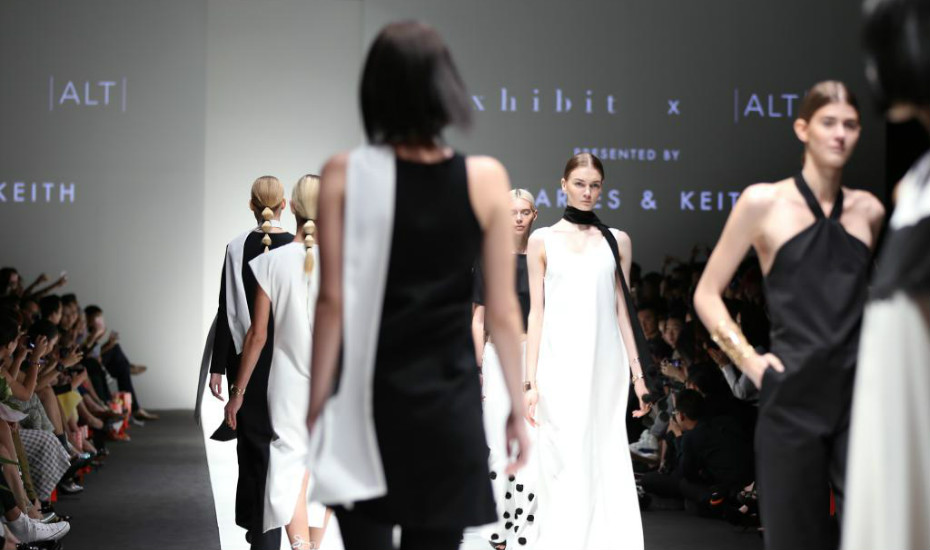 From international designers like Naeem Khan to homegrown brands like Ong Shunmugam and Max.Tan, we pick seven designers and labels to watch during Singapore Fashion Week 2016

If you haven’t heard yet, Asians are seizing the reins at this year’s Singapore Fashion Week (SGFW). In an unprecedented shift, the local fashion event of the year casts the spotlight on Asian designers, with international stars like Naeem Khan and Self-Portrait headlining, and homegrown brands like Max. Tan and Ong Shunmugam dominating over half the showcase. Kicking off on 26 October, the event will debut its new home at the stunning National Gallery Singapore. Fash pack, read on for a low-down of seven labels to watch out for at this year’s SGFW.

Psst.. For live feeds and runway snaps of SFGW, don’t forget to follow us on Instagram at @honeycombers!

Since dressing Rihanna in the show-stopping trailing yellow cape at last year’s Met Gala, Guo Pei’s catapulted to global fashion fame. The Chinese haute couturière’s hallmark is her extravagance – think elaborate embroideries, luxurious fabrics and voluminous silhouettes. Her Courtyard collection has got her signature regal aesthetic in spades; frilly minis, backless jumpsuits and palatial ballgowns are festooned with traditional embroideries and beading and paired with Chinese motifs like Mandarin collars.

Guo Pei’s Spring/Summer 2016 Courtyard Collection will showcase on 26 october at 645pm and 815pm.

Debuting for the first time in Asia is Naeem Khan (AKA King of embellished evening wear). This collection will see him deviate from his trademark full ball gowns and painstakingly bedazzled kaftans and instead, pay homage to his roots (his apprenticeship under American fashion designer, Halston). Sleek silhouettes and modern daywear feature prominently here, with fitted knee length dresses, cascading crochet gowns and even chic, wearable separates. Good news if you’re a diehard fan: Khan’s signature delicate embroideries and embellishments will still run the show.

Naeem Khan’s Spring/Summer 2017 collection will showcase on 29 October at 830pm.

The breakout label of Malaysian-born designer, Han Chong, is undisputedly one to watch. Renowned for its contemporary feminine cocktail wear made up of luxurious guipure lace frocks, sheer panels and girly silhouettes, the label has been spotted on everyone from celebs like Miranda Kerr and Gigi Hadid, to social media stars like Aimee Song. For his Spring 2017 collection, the guipure, fitted waist dresses that shot him to fame give way to slouchier silhouettes, cut-out details, asymmetric hemlines and separates like utility jackets and minis.

Self-Portrait’s Spring 2017 collection will showcase on 30 October at 730pm.

Local labels to look out for

Designer Priscilla Shunmugam can do no wrong; she layers Asian aesthetic, sartorial and textile history with one mission: to engage the modern woman in dialogue about origin and identity. For the label’s Cheongsam 2017 collection, expect fresh reworks of the traditional Chinese dress refreshed with unexpected details that toe the line between modern and timeless.

We’re fervent followers of Yoyo Cao: street style extraordinaire and one of Singapore’s most stylish influencers. Her brainchild champions luxe basics and impeccable tailoring. If her stellar showcase at last year’s SGFW was any indication, we’re set to be wowed again. We hear last year’s monochrome palette and athleisure aesthetic will be replaced by more feminine silhouettes, sumptuous satins, crushed velvets and structured tailoring.

Monochromatic minimalism continues to reign supreme with Max. Tan. Unexpected silhouettes, geometric forms and drapery features will take centrestage in his minimalist ensembles, but this time with a surprising twist. Thanks to a collab with creative visionaries, Darren Ng and Ong Kian Peng, Max’s collection will incorporate technology in a visual presentation that challenges androgyny and stereotypes. Intrigued? So are we.

Stolen’s Spring/Summer 2017 collection will showcase on 29 October at 8pm.