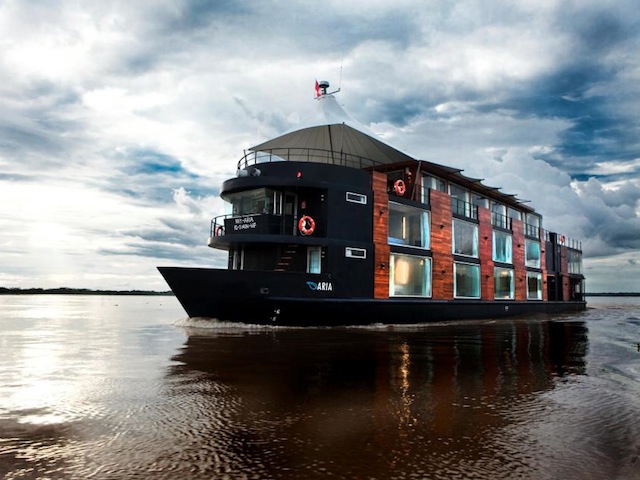 Cruises are making a comeback and we are lovin' it!

Jump on board one of these huge boats for a unique honeymoon trip, luxurious sea adventure, or the latest EDM music festival

If you type “cruises are…” into Google, the suggestions that come up are pretty hilarious (try it!) — we got “cruises are terrible”, “cruises are gross”, and “cruises are boring”. So the message is clear; a lot of people think that long boat trips are for old people. But it seems like the tides are turning, what with some new expeditions that sound rather tempting. A party ship that you can rave from day to night at sea and on land? That sounds pretty groovy. River cruises that take you through uncharted territories like Mekong and Amazon? We could go for that. A cruise that has the entire Star Wars galaxy on board? Yes, yes, yes! If you’ve always been a cruise hater, these alternative itineraries might just change your mind.

A festival out on sea

It’s no surprise that It’s The Ship, Asia’s largest and foremost festival at sea, is gaining popularity. For starters, you don’t have to worry about getting home when you’re all boozed up – just crash into your five-star cabin on board. The dance ship takes you from Singapore to Langkawi (where you dock and take the party on land), and delivers four full day of epic partying. It’s like a gigantic house party that never ends, and that is music to our ears. The first phase of DJs were just announced and includes headlining acts like Kaskade and Ferry Corsten.

The idea is so good that other festival organisers are also swooping in on the concept. Come January 2016, a new dance ship Shipsomnia – dubbed as the Tomorrowland of the sea – will be setting sail for five-days from Singapore to Phuket, with a stopover at Langkawi. The rave will bring 30 international DJs on board to party with 2,400 revelers. Pack your bags!

Down by the river

Cruises are no longer just for the big blue sea. The folks behind Aqua Expeditions are venturing into the world’s greatest rivers – Mekong and Amazon. Instead of having an endless ocean for a view (boring), the boutique cruise lets you take in the sights and sounds of villages and wildlife creatures on your journey. Top-class chefs also prepare the food served on-board, so you can say goodbye to drab cruise grub.

Been there, done that? Get onboard UniWorld, which sails along the glorious rivers of Europe, India, China, and Vietnam and Cambodia. Voted as the World’s Best Cruise Lines by Condé Nast Traveler Readers’ Poll, the six-star vessel will be adding The River Nile on their list later this year. Surrounded by majestic sceneries and ancient sites, cruising along the world’s longest river is an great way for adventure-seekers to explore Egypt.

Plus! News just got out that Disney Cruise Line will also be expanding into the river cruise business. In June, the 17-year-old cruise liner will make its maiden river voyage to Norwegian fjords. If Disney is jumping on the bandwagon, we are too!

Star Wars themed cruise? Count. Us. In. Travel to a galaxy far, far away on the Disney Cruise Line. Meet and greet characters from the Star Wars Galaxy; get your tipple in an impressive replica of Mos Eisley cantina; learn to master your force in the Jedi Training Academy. The intergalactic fun doesn’t end there — each sail will include a Star Wars deck party filled with music, dance and games.

With the rise of unconventional cruises, we predict travelling by sea will be the next big thing. Besides having your transport, hotel and meals all rolled into one, you can now party and see the world in a whole new light. We don’t know what could be better. Unless, of course, someone comes up with a party spaceship that’s built with spacious rooms, swimming pools, and a casino… one can only hope!