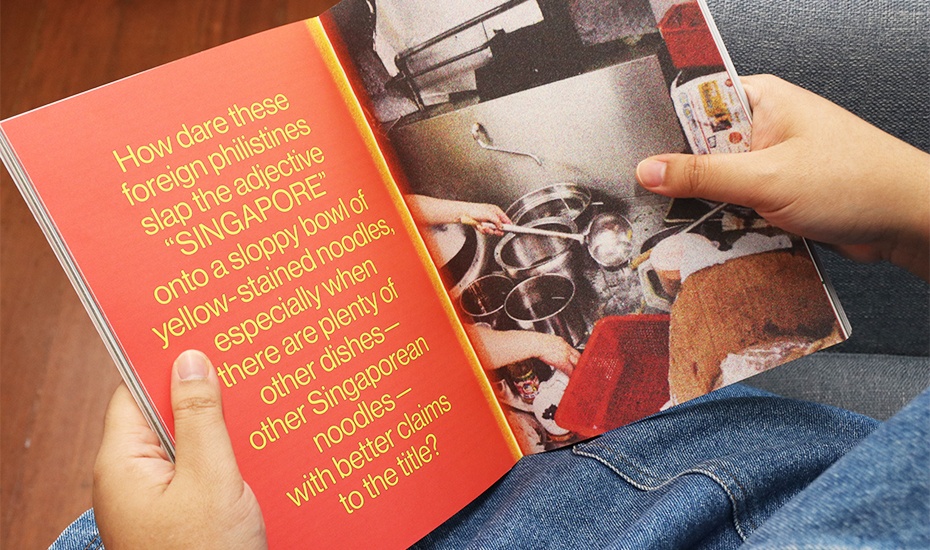 We can’t get enough of Mynah’s second issue! (Photography: Darissa Lee for Honeycombers)

For anyone new to the zine scene, indie magazines and fanzines have been around since the rise of subcultures in the ‘70s as an outlet to express issues surrounding feminism, anarchism and the punk revolution, amongst others. Having made waves abroad, the zine scene is finally making a mark in Singapore, and thank god for that. From showcasing fanfictions and feeding visual appetites, as well as voicing opinions on social and political issues, these self-published titles have one thing in common: passion — and that’s the distinct difference when compared to mainstream print titles that tend to marginalise and silence subcultures. There. We said it.

I got sucked into the zine scene in East London a while back, and have met all sorts of creatives from all walks of life — professional graphic designers, university students, globetrotting writers and kickass activists. There’s no denying that I am obsessed with underground DIY zines (and an avid collector), especially in the world of online publications, social media, clickbait culture and internet domination. Give one of these cool local zines a browse, and trust me, you’ll be sucked into it too. It’s a refreshing alternative to your mainstream publications — both online and offline.

MYNAH
Recently featured on an episode of The Stack radio show by UK magazine Monocle, Mynah (pictured top) is taking the world by storm — SG represent! The non-fiction, long-form print magazine shares the untold and forgotten tales of Singapore and its cultures that challenge the conventional narrative of the squeaky-clean city. You can say these are stories are less likely to be published in the mainstream press, and we absolutely dig them!
MYNAH, available to purchase at various stockists including BooksActually and Naiise

RUBBISH FAMzine
An issue of Kinfolk introduced me to the wonderful world of RUBBISH FAMzine. After a flip through this bi-annual quirky read, I can see why it reached cult status in Singapore and beyond — only 300 copies per issue, its eccentric content includes odd stories and filtered images that are beautifully strange and appealing to all age groups. Even its packaging goes beyond; its third issue was packed in an old biscuit tin. The zine is run by a family of four who are also the brains behind art collective Holycrap.sg — the super rad dad Pann, cool mum Claire, and possibly the flyest kids in town, Renn and Aira (they even showcased their whimsical and peculiar art at their very own art exhibit entitled Odd Creatures last year!). If that’s not impressive enough, its youngest member was only four when it first started out in 2011!
RUBBISH FAMzine, follow its Facebook page for updates on the next issue, pop-ups and exhibitions

STAPLE
Dubbed as the “socio-cultural magazine for the curious”, the annual zine STAPLE is loaded with content surrounding the idea of growing up in a social and cultural setting. Feed your curious minds with a compilation of rather perilous ideas that contest the common thought on current issues and contemporary topics. STAPLE even made a cameo abroad at one of my fave zine fairs — London’s DIY Cultures 2017!
STAPLE, available at various stockists including BooksActually

Galavant
Feast your eyes for this annual art and literature print publication will take you on a visual journey with every issue! With a thematic direction that varies per issue, Galavant never fails to collaborate with a plethora of talented artists to actualise visions and create new works that simply gel so well you wouldn’t be able to put the pages down. Its latest issue plays around the definition of ‘crack’, and features Singapore author Cyril Wong.
Galavant, available to purchase online

The Local Rebel
This intersectional feminist collective shines its spotlight on Singapore’s youngest and brightest — we’re talking youths between the age of 17 to 23. Showcasing their sharp minds, The Local Rebel sets out to educate and empower Singapore’s younger gen with features that tackle social issues and matters that don’t always fit well into the typical narrative of the city.
The Local Rebel, available to purchase online 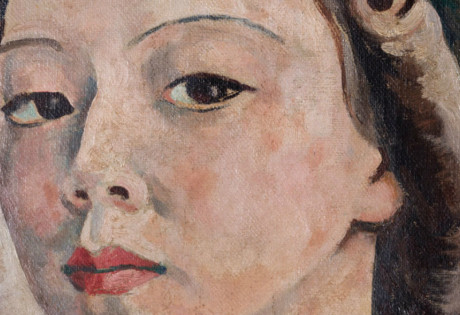 Kult Magazine
Another visual spectacle, Kult Magazine delves into themes (I personally dig its superstition issue!) through the universal language of imagery. Released four times a year, every issue consists of 50 different artworks from various talented artists from around the world that allows its audience to stimulate visual conversations amongst themselves and prompting new perspectives of the world.
Kult Magazine, available to purchase online and multiple stockists including Kapok, Naiise, Keepers and Cat Socrates

SAND
Though based in sunny Singapore, SAND centres on the global stories of consumerism and creation. The bi-annual zine kicked off with a debut issue that focuses on shopping local, supporting independent craft makers, artists and business owners. These stories also take you behind-the-scenes of starting your own brand or label from scratch, as well as featuring a minimum of ten curated brands, creatives and makers.
SAND, available online and various stockists including BooksActually, K+ and SPRMRKT

Squelch Zines
Nothing gets more eccentric than this kooky title. Born out of the monsoon season (or so its story goes), Squelch Zines is an experiential craft studio run by quirky designers and creatives who share stories through visual experiments. The team also conduct Zine Jam workshops, encouraging peeps to get their creative juices flowing and make their very own zines from scratch — great for budding zines makers!
Squelch Zines, follow its Facebook page for updates on the next pop-up and Zine Jam workshop

Like this story? Check these out:
Singapore punks take back their space
Art exhibitions in Singapore for you museum buffs
Check off your list of museums and art galleries in Singapore
SEA museums for culture vultures

An Evening With 98 Degrees

NOW YOU SEE ME LIVE