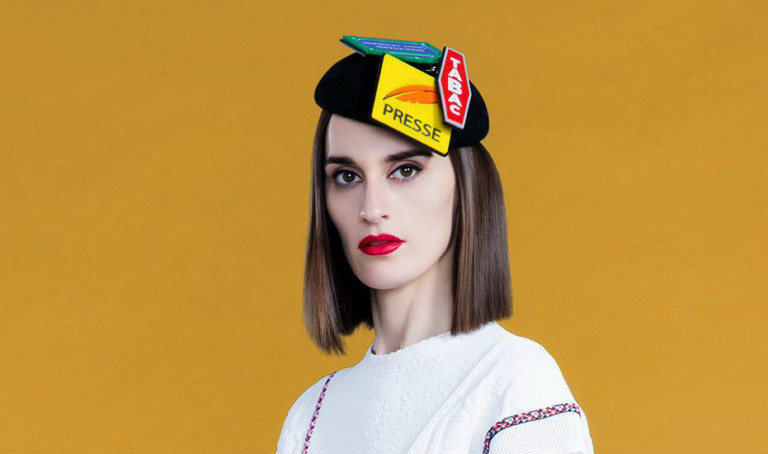 From Pitbull and Soulja Boy, to Sting and Crystal Castles – our Big Gigs of May are shaping up to be some of the most memorable concerts of the year

May you rock? Yes indeed! The month of May ushers in a wicked and diverse mix of local and international shows to town. Metalheads will be rocking out to Megadeth, math-rockers are set to vibe to TTNG, pop fans can brace themselves for Pitbull, while the indie kids have Crystal Castles to look forward to. And did we mention there’s a bunch of local acts dropping their EPs this month too? Here are your Big Gigs this May.

Megadeth: 2 May at Kallang Theatre

Monumental metal band, Megadeth, will be back in Singapore to tour their latest album, Dystopia, which tore through the industry back in January. Go for the nostalgia, and stay for the sing-a-longs; they’ll most likely perform some fan favourites, seeing how memorable their last show was in Singapore!

Math-rock outfit, TTNG, and multi-instrumentalist wunderkind, Mylets, feature in this super double bill as part of the 10th anniversary of local record label and event promoters, KittyWu. If you want a refreshing night of amorphous time signatures, polyrhythmic percussion, and organic guitar loops, this is the gig you’ll go to for some brain gymnastics.

10 Years of KittyWu: 6 May at Esplanade Annexe Studio

With its 10th anniversary (see above!) in May, KittyWu isn’t just throwing one mega show, but two. Also curated for this musical weekend is KittyWu’s mini festival at The Esplanade, which will feature Singapore’s instrumental rock group Amateur Takes Control, Malaysia’s math-rock outfit Dirgahayu, and more.

Taking inspiration from bands like The Weakerthans, Brand New, and Modern Baseball, this local emo-indie rock band has released a seven-track EP, and will be dropping it with a little help from other homegrown bands like Xingfoo&Roy, Tapestry and Long Live The Empire. This one’s gonna get rowdy.

Northlane: 6 May at The Pavilion at Far East Square

After three successful albums, Australian metalcore band will be making its live debut in Singapore next month. And you can be sure it’s going to be a loud and explosive set – what more with Singapore’s own Villes opening for the band. 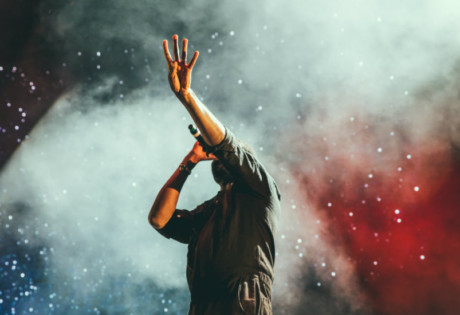 sub:shaman: 13 May at Esplanade Annexe Studio

Two years ago, local soundmakers sub:shaman released Outsider, an experimental blend of off-beat rock, jazz and electronica. The intriguing EP also came along with a short noir film the band produced. Now back with new material, we’re glad to see the band retain the unique sound with the recently released track ‘A-Hole’ that is equal parts chaotic and groovy. If something more off-kilter and heavier is something you fancy, this one’s a winner!

Back again for the May edition, music collective (and sometimes event organisers,) Pandarocketship will be bringing psychedelic act The Whitest Crow from Thailand for a triple bill with effervescent indie pop outfit Stopgap and blues/rock crew Shak & The Baits.

Yelle: 12 May at Gallery Theatre

French electropop duo, Yelle, will be taking the Gallery Theatre by storm with their addictive, digitalised beats and playful dance hooks. Having performed at Coachella thrice, these veterans are well-known for putting on a vibrant and bright show with their antics and stage presence.

Village People: 19 May at Sands Theatre

As if these guys need any introduction! 70s phenomenon Village People will be camping up in Singapore to celebrate their 40th Anniversary. You know you want to jive along to funky hits like “YMCA” and “Macho Man”. Also, supporting the Village People will be the ABBA-approved Bjorn Again for the added nostalgia. Bring your mom, bring your aunties, bring the whole entire village.

Soulja Boy: 20 May at Bang Bang

You know the dance (don’t deny it), now bust a move on the dancefloor. The Grammy-nominated and BET Award-winning Soulja Boy – who’s notorious for his eponymous debut single – will be performing an exclusive showcase at Bang Bang, in partnership with Moët. The noughties breakout star has also recently collaborated with Nicki Minaj, Drake and Migos, so you know he’s still packin’ loads of scene cred.

Julien Doré: 21 May at Kallang Theatre

France’s biggest pop star, Julien Doré, won legions of followers when he participated in the French version of American Idol. And since then, he has been crafting his own sound that’s made diehard fans weak at the knees – a blend of electronica and “chanson française”.

Crystal Castles: 25 May at Millian

Trust us when we say that: if you haven’t witnessed a Crystal Castle show, you don’t know what you’re missing. Back again in Singapore after a stunning set at Neon Lights 2016, the electronic pop duo will be touring in support of their comeback album, Amnesty (I). This show will be an anarchic and raucous one – y’know, the best sort of gig you go to.

Pitbull: 27 May at Suntec Convention Centre

The dapper canine behind some of the pop industry’s greatest hits – you definitely know “I Know You Want Me (Calle Ocho)” and “Give Me Everything” – is coming to turn up the heat. Bringing his Climate Change Tour to Singapore is the rap artist also known as Mr. Worldwide. And with appeal as global as his, it’s easy to fathom why.

Air: 27 May at Esplanade Theatre

You can stop holding your breaths now, ’cos the rumours are true: iconic French electronic duo, Air, will be performing for the first time in Singapore. Outliers in the late-’90s electronica boom, Air became one of the most influential electronic acts of the 2000s and beyond with their dreamy and atmospheric style.

Sting: 28 May at Singapore Indoor Stadium

The Englishman responsible for hits like “Fields Of Gold” and “Desert Rose”, and the face of legendary rock band, The Police, returns to Singapore. The Grammy Award-winning phenom will be touring to support his 12th solo studio album, 57th and 9th, showing that he’s still got it despite his four decades of experience in the game.