Emery was introduced to sports through his father's love of football; his dad would let Emery stay up late so they could watch it together.

Sport is for everyone! Emery Fung shares his experience as an LGBTQ+ athlete in Hong Kong

Growing up, I hated sports as it often led to unnecessary comments about my body or what I was ‘supposed’ to look like. Then as I got older, I experienced so much body shaming in fitness spaces that, for my mental health, I had to step away. For me, exercise was intrinsically linked to shame and body image. A few years ago, I decided it was time to try exercise again, but on my own terms. I had learned how to advocate for myself (something I shouldn’t need to do in exercise spaces, but alas) and was able to come back to it in a way that was good for my mental health. LGBTQ+ athletes are often bullied in fitness spaces due to homophobia and transphobia. So, I was interested to hear Emery Fung—a trans activist and advocate for LGBTQ+ athletes who is involved in bringing the Gay Games to Hong Kong in 2023—share his experience.

Emery Fung on being a LGBTQ+ athlete in Hong Kong

Hi, Emery! Thank you so much for speaking with us about LGBTQ+ athletes in Hong Kong. First things first, have you always liked sport? How did you get into it as a kid?

I was first introduced to sport through my dad, actually. While he doesn’t play, he always liked watching it, particularly football. Growing up in the UK and coming back to Hong Kong during the summer holidays, he would let me stay up late so we could watch it together. I have always been really active and enjoyed it, partially, I think, because it allowed me to embrace more of my masculine side pre-transition. It did upset me to see the division between men’s and women’s sports growing up, such as the uniforms, which really enforced the gender binary. When I was back in Hong Kong the division seemed even more stark, but the joy I got out of sports overrode the stuff I didn’t like at the time.

Almost half of LGBTQ+ students in the UK report hearing homophobic language in physical education class (Stonewall, 2017), and I think that turns a lot of LGBTQ+ people away from exercise, particularly team sports as adults. Did coming out as transgender change your relationship with sport?

I’ve been really lucky in that, in terms of playing sports, it hasn’t affected me too much. When I came out to my current teammates, they politely said they kind of already knew, so that made it really easy for me. Although I didn’t experience bullying myself, I did see others experience it as a child and I understand that it can be really hard. I hope that things are changing for the better, but I know there is still a long way to go towards making LGBTQ+ athletes of all ages more comfortable and accepted. 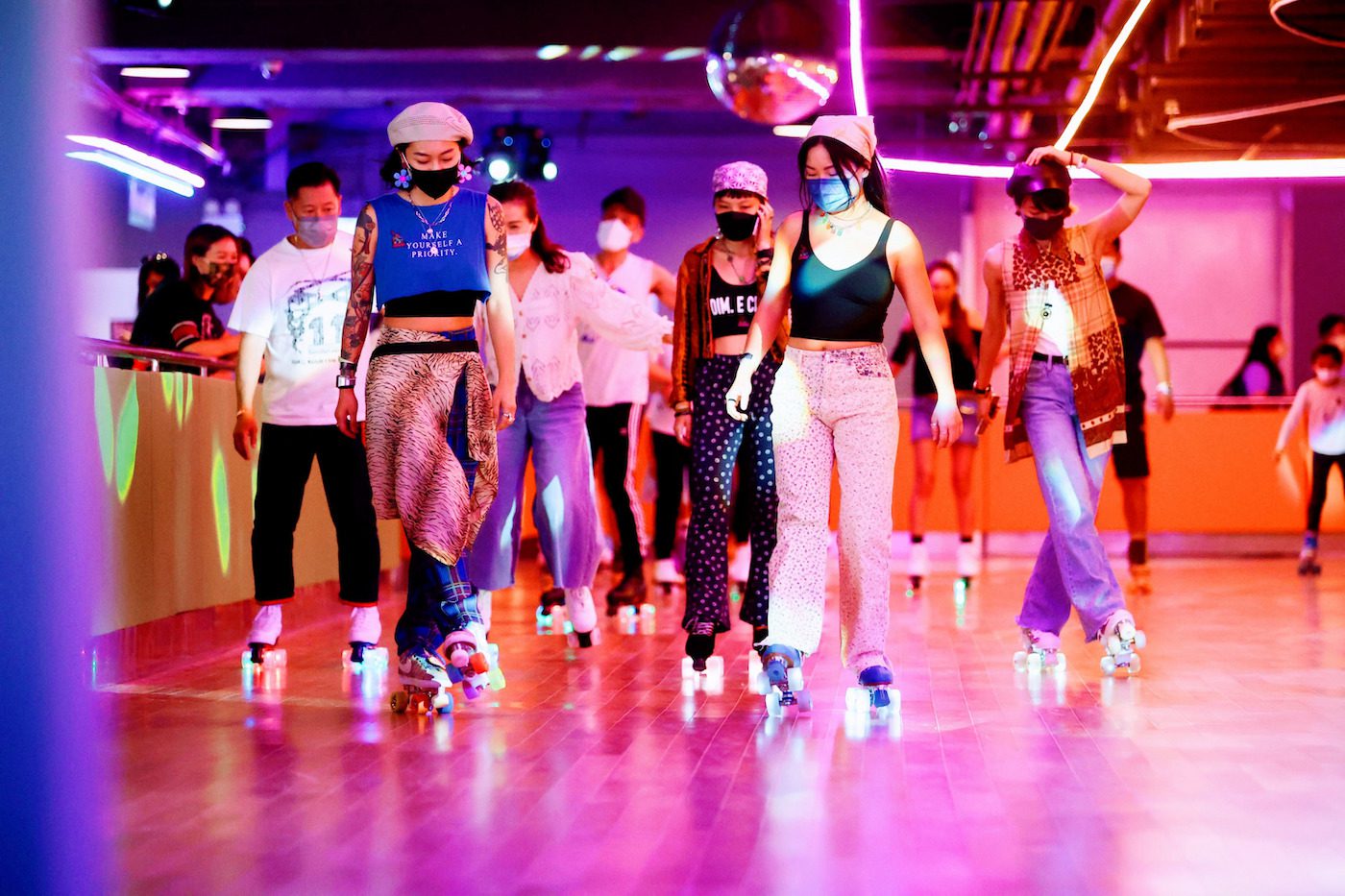 Everything you need to know about Bun’s 2020

Do you have any advice for LGBTQ+ people who are experiencing bullying while playing sports?

It can be hard to hear slurs; I think it’s really important to not be beaten down by it. In my experience, a lot of people don’t understand what they’re saying or why. My tactic is to speak to the person and ask them why they’re using that language and hopefully have a productive conversation. Not everyone wants to do that, and it’s also not their responsibility, but—for me—if I feel comfortable I will challenge people. I’ve had some really fruitful conversations as a result, but sometimes it goes nowhere. I’ve had to accept that not everyone is going to understand who I am, but I’m happy to have that conversation—if I have the energy that day.

What would you say to someone in the LGBTQ+ community who wants to get back into exercise or sports as an adult, after having bad experiences in fitness spaces?

I would advise people to look for sports that they’re interested in; solo sports, team sports, indoor sports, outdoor sports, there’s so many different things to try and see what works for you. I’m not always comfortable with changing rooms, so wake surfing has been great for me. It’s a solo sport, so there isn’t really a changing room aspect, it avoids all of that.
I think the mental health aspect is so undervalued in sports and the physical aspect is overemphasized; the mental health benefits are so important, as well as the social component. I’ve made so many amazing friends through sports and it really helps bond people. You get to see them at their worst and at their best, and you’re working towards a common goal. That’s the big thing for me, sports can help people find community.

So, speaking of community, what can you tell me about the Gay Games in Hong Kong in 2023?

The Gay Games is a huge festival celebrating LGBTQ+ athletes, it’s the first time it’s taking place in Asia, so we’re really honoured and excited. You don’t have to be a member of the LGBTQ+ community to participate though – anyone over 18 can compete, volunteer, or come and watch, regardless of age, gender, or ability.

Sports can be such an amazing platform to showcase talent and allow people to tell their stories, and that’s what we want, to give people that space to bond and show what they can do. We have two all transgender men’s football teams, one from Cambodia and one from India, and they are so excited to participate. The Gay Games is also championing women, transgender people, and youth (18-25). We are making an effort to include domestic helpers in Hong Kong as well, as often they are unfortunately an afterthought. They are such a huge and vital part of Hong Kong society, without them we wouldn’t have true diversity in the games.

People can register as a solo athlete or as part of a team. We also don’t require any ‘proof’ of gender in order to compete in a category. So, athletes can compete in a way that matches who they are, as opposed to what they were assigned at birth. We know this can be really limiting to transgender athletes, so it’s really important that participants are able to sign up as they are.

Find out more about the Gay Games in Hong Kong, which will take place in November 2023. Ailis Weir (she/her) is a counsellor who has recently relocated to the UK after living in Hong Kong for six years. Through online counselling, she offers clients in Hong Kong a safe, judgement-free, and convenient space to work through their issues and feel supported. While primarily working with the LGBTQ+ community, Ailis also specialises in working with clients who are struggling with depression, anxiety, relationship issues, and work stress, and understands the unique set of challenges living in Hong Kong can create. Find out more about Ailis at Psychology Today.