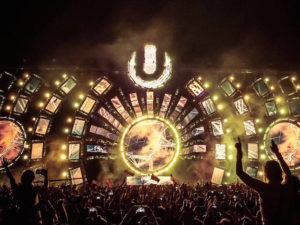 Well, you can stop mourning the loss of FMFA 2015 now. Ultra Music Festival, one of the world’s biggest, baddest EDM bashes, had just announced its expansion further into Asia, and will be making one-day stops in – wait for it – Bali (our second home!) and Macau.

Ultra Macau is slated to happen on 13 June 2015 at the Cubic City of Dreams, while Ultra Bali will take place on 25 September 2015 (Friday) at an undisclosed beachfront venue in Seminyak. Prior to Macau, Ultra is set to return to Thailand on 12 June, following its wildly successful debut event last year.

The Miami-based EDM fest is known to host the world’s biggest DJs, and names like Hardwell, David Guetta, and Alesso, have already been confirmed for its Seoul leg in June 12 and 13. The lineups and details for Bali and Macau have yet to be announced, but start making plans because you know it’s going to be huge. Just take a peek into Ultra Japan 2014 in the video below.