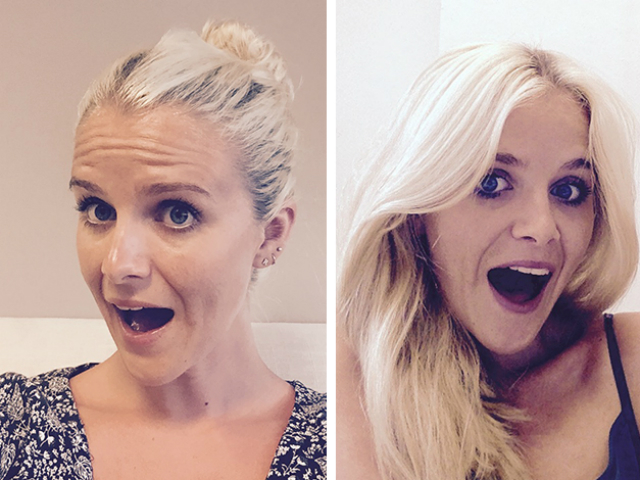 As you can probably imagine, being a part of the Honeycombers team often involves testing out various experiences in order to bring our readers the best of Singapore. This could involve throwing ourselves into adventurous days out, nibbling surprising snacks or trialing beauty buys. So when the topic of Botox came up in a recent editorial meeting and caused quite a lot of debate (“my husband would never allow it!” versus “Screw him, it’s my face!”), we thought that it would be a fun idea to test out this widely-discussed treatment ourselves and document our Botox journey. Over to our Managing Editor, Rachael Wheeler…

Why did I volunteer to test out Botox and write about it? There were two reasons – the first is that I’m generally up for testing anything out and Botox is a pretty fascinating topic (plus I’m a former showbiz journalist – I don’t embarrass easily!). The second is one of vanity – I have my wedding coming up, and I genuinely was keen to see if my face could be a bit nicer. While I didn’t have visible lines, I did take issue with the ‘elasticity’ of my forehead – I would catch myself in conversation at the hair salon and think “wowsers, look at those freaking lines!”. And, in photos, it was something that I was beginning to notice – everyone has their ‘thing’ when it comes to snaps, right? My eyes would zip straight to the lines in my forehead and assess their depth before hitting save or delete (it doesn’t help that I constantly raise my eyebrows in pictures!). Given that I was about to spend thousands on a wedding photographer, why not spend a bit more to avoid disliking some of the photos?

I was keen to get a personal recommendation when it came to booking my appointment (although I had to be a tad delicate while asking around!) and Dr Yvonne Goh’s name came up repeatedly among friends and colleagues. As a qualified medical practitioner that specialises in aesthetics, Dr Goh is a firm believer in non-invasive, preventative treatments that involve little to no downtime.

One thing that I really enjoyed about my appointment with Dr Goh, was that she listened carefully to my ‘aims’ – ahem, to raise my eyebrows without causing an earthquake – and didn’t convince me to try Botox anywhere other than my forehead (it’s common for some doctors to push you into a little around the eyes and mouth – but not our Yvonne!). In fact, as it was my first time, Dr Goh advised me to go easy on the millilitres of Botox to establish how my muscles reacted (the Botox relaxes the muscles, thus smoothing out the skin and seeing off the lines) – better to go easy and add a little more later.

Administering the Botox itself couldn’t have been more straightforward – my skin was numbed with ice and the ‘injecting’ portion took around two minutes. How did it feel? It didn’t hurt, but it’s not something that I’d do for fun! A bit uncomfortable and you can feel the needle, but it’s super quick and I didn’t ask for any pain relief.

And that was that! Dr Goh instructed me to stay upright and avoid rubbing the injected areas for four hours (to prevent the spreading of the Botox). Easy peasy!

This is the part that a lot of people (including me) don’t realise; Botox doesn’t kick in immediately. The full effects can take up to a week. Above is a snap of me five minutes after the appointment – a little redness, no bruising and no change in terms of the muscles. You can see why they call Botox a lunchtime treatment!

I woke up eagerly and legged it over to the mirror like it was Christmas morning. Alas, my forehead was the same.

The lines were certainly still there, but – ooh – they’re less defined! I could tell that the lines closest to my eyebrows were hanging in there (for now!), but the ones closest to my hairline had started to give up the fight. Whoop!

Tightening by this point! I could still move my forehead and create lines, but they were certainly reduced and the area was beginning to feel quite tight. Exciting times.

This was when the Botox took full effect – Dr Goh’s decision to try a little Botox to start with was a really good one, because the muscles in my forehead created the exact effect I was looking for (that’s the benefit of seeing an absolute pro, who could accurately determine the amount to apply). I could still move my eyebrows and generally be quite expressive with my face, but the forehead itself was pretty still. It was exactly what I was hoping for – and I could do my ‘reflex selfie pose’ without tripping people up in the street.

By this point, I was familiar with the feeling of having a fairly immobile forehead. It’s funny, because it feels like it’s still moving – but I’m very aware that it isn’t (because I’ve stared at it enough times in the mirror, fascinated!). Given how much I used to move my forehead while chatting, there was a part of me that feared I’d be called out – but not a single person guessed I’d had Botox. Even my friends – who knew I was trying at some point, but not when – were surprised when I revealed my fruity little beauty secret. Fabulous!

Two weeks after my first appointment, I headed back to see Dr Goh, and she was really pleased with the results. We agreed not to add any more Botox, apart from one tiny bit above my right eyebrow, which was lifting a smidge higher than my left (only I noticed this!). And I was free to go – a wonderful result and no more appointments (unless I fancied another round after the wedding!).

Would I recommend Botox? If you’re keen and only holding back due to nerves, then I would say go for it. However, find a qualified, recommended doctor like Dr Goh, who really does know exactly what they’re doing. The horror stories online are most likely down to folks who are not qualified doctors and offer Botox on the cheap. Find a medical practitioner who specialises in facial aesthetics, and can assess exactly where and how much Botox to inject.

If you’d like to get in touch with Dr Yvonne Goh, she owns a very cute boutique clinic at #09-05 Camden Medical Centre. For more information, call 6462 2559 or visit dryvonnegoh.com. Prices vary on a case-by-case basis, but Botox starts at 200SGD per area. 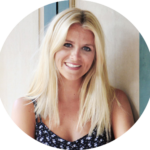 Rachael is a self-proclaimed geek with a long history in online publishing. When she's not spreading The Honeycombers' snazzy stories far and wide, she's either exploring the jungle with her pup Peggy or chugging bubbles in a hammock.