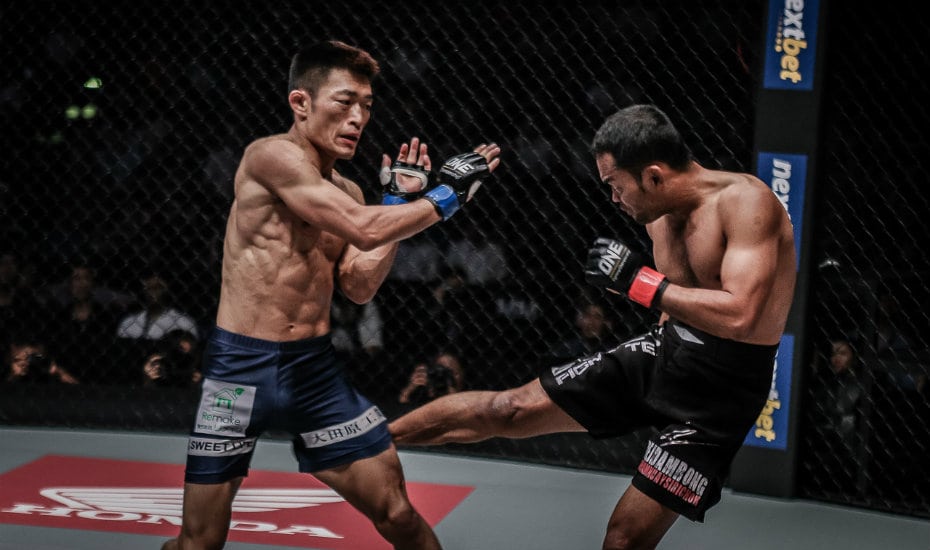 Get set for an unforgettable showdown with Strawweight World Champion Yoshitaka Naito. Photography: ONE Championship

Can Strawweight World Champion Yoshitaka Naito defend his title against fellow Strawweight rival Joshua Pacio? You know there’s only one way to find out

September’s gearing up to be a red hot month, as international mixed martial artists are pumping up the crowds at the Jakarta Convention Centre on 22 September. Kicking off the evening is the highly anticipated showdown between Strawweight World Champion, Yoshitaka Naito, and rising contender Joshua Pacio – the former opponents last faced off in 2016, with Pacio gunning for the winning title.

Expect no less than a nail-biting match, as Naito has defended the Shooto Strawweight Title twice and defeated Muay Thai veteran Dejdamrong Sor Amnuaysirichoke on his opponent’s home turf. Pacio, on the other hand, is on a three-bout winning streak, and this passionate young martial artist is hungry for more.

Flanking the night’s main action are flyweight, featherweight and lightweight fights between the world’s emerging mixed martial artists. Highlights include a match featuring Japan’s Yuya “Little Piranha” Wakamatsu and Danny “The King” Kingad of the Philippines. Will the young Japanese knockout artist – whose nine out of 10 victories have ended in knockouts – defeat Kingad, a wushu champion known for his grappling skills? It’s anyone’s guess, but one thing’s for sure: the match will have you at the edge of your seats. In another exciting showdown, former Flyweight World Champion Kairat Akhmetov from Kazakhstan aims to make a comeback by battling China’s Ma Hao Bin, in a bid to wrestle up the ranks.

Mixed martial arts fans should also keep a lookout for Indonesian favourite Stefer Rahardian, who is up against Chinese contender Peng Xue Wen. Watch as he uses his Brazilian jiu-jitsu training against Peng’s Greco-Roman wrestling techniques. That’s not all – other unmissable “encounters” range from a muay thai match between two-time W5 World Champion Sergio Wielzen and two-time Omnoi Stadium World Champion (and 20 year-old prodigy) Rodtang Jitmuangnon. Adrenaline junkies, you know where to be this September.

Ready for a knockout evening? Hit up ONE Championship for more details.

This article is sponsored by ONE Championship

ONE Championship is returning to Jakarta with…