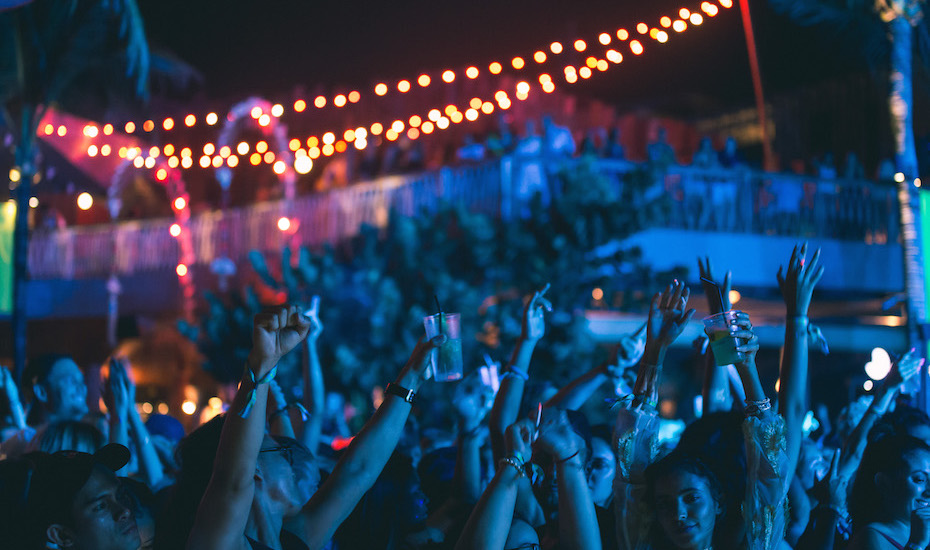 Ta-Ku, Breakbot, Blonde and Disclosure stole the show at our favourite summer music festival in Indonesia.

Summer in Bali comes with some epic parties and events, and one that did not dissapoint was Sunny Side Up Tropical Festival!  Held at the uber popular Potato Head in Seminyak, this music festival was bigger and better than ever before.  Spanning over not one, but two days this year, it had world-class DJ’s, Mark Ronson and Disclosure, headlining.  Sharing poster space with them were Ta-Ku, Breakbot, Blonde, George Maple, Sam Feldt, and Hermitude, officially cementing Sunny Side Up as the festival to head out to during the summer, so we did exactly that!

One of the main pulls of this beachside festival is Bali’s famous sunset backdrop, so we were a bit worried at first for the weekend’s festivities as it had been raining nonstop on the day before the festival. Fortunately, Potato Head Beach Club must’ve enlisted the help of an excellent pawang hujan, as the weather gods answered every festival-goers prayers and cleared the skies for both days.

Walking up Potato Head’s newly added boardwalk, veteran attendees would see some notable changes from last year, including the addition of PTT Family’s latest venture into hotels: the artisan-made Katamama boutique hotel. In front of the beach club’s iconic facade, a line-up of pop-up stalls served a feast of elevated BBQ dishes like wagyu burgers and tasty chorizo, so festival attendees could fuel up and grab a Heineken before the real partying began.

On Day 1, Ta-Ku (the number one act on our bucket list) did not disappoint with his sultry live set. The Australian beat smith brought on his lovely duet partner, Wafia, for the surprise guest appearance of the event. Hips swayed and grins were all abound when they performed their haunting rendition of “American Girl”. The set was short (too short even!) but Breakbot’s groovy, disco-inflected live set soon had the stage-front pool brimming with people splashing and dancing up close to the French duo.

The beauty of a music festival is discovering musical acts that turn out to be so much better live than you ever expected. This was definitely the case with Blonde, who turned out to be our surprise highlight of the weekend. When the British deep-house duo spun their hit “All Cried Out” it was obvious that the entire crowd was enthralled as everyone blissfully danced and sung along to the catchy break-up power anthem. On the flipside, this is also when one discovers some producers are better off staying in the studio as Mark Ronson, who makes great songs, and plays great songs, was somehow unable to connect with the crowd and play a coherent set.

Our Sunday started with down-tempo R&B songstress George Maple, who eased us into the second and final day of the festival. Sam Feldt followed, opening with summer anthem “Show Me Love,” getting the party started with his crossover blend of deep-house and EDM. His melodically energetic dance beats were just what tired Day 2 attendees needed to get their second wind. The fourth Aussie act of the festival, Hermitude, was a fine opener for Disclosure, when it was Howard and Guy Lawrence’s time to perform, it was obvious who every single person at the festival came for.

Despite being the festival’s final act, the crowd’s energy tripled when the British brothers took to the stage. Playing a DJ set of their greatest hits so-far (although is there such a thing as a bad Disclosure song?) the electronic act kept happy fans shaking it non-stop for the last hour and a half. Right before “Latch,” Disclosure teased fans by saying it was their last song, but fortunately treated dancing bodies to more with “Omen” and Flume’s remix of “You and Me” before ending the night. Hopeful that the brothers would reappear to make yet another encore, most of the festival attendees lingered before sadly accepting defeat, and made their way home.

See you next year!