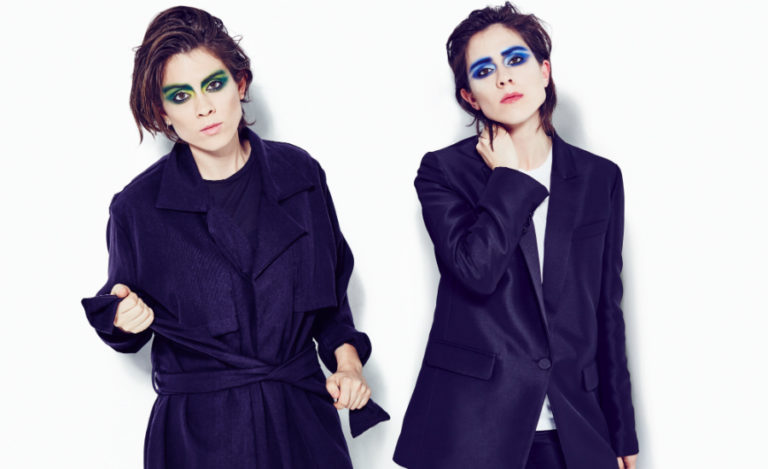 Tegan and Sara are back in Singapore after their debut gig in 2013 (Credit: Live Nation Lushington)

Happening in July 2016, these Canadian twin sisters are bringing double trouble with this indie gig in Singapore

It’s always a thrill to watch twins rocking out on stage – Bee Gees, The Proclaimers, The National, just to name a couple. But if there’s one identical twin duo that’s currently stealing the limelight in the pop industry, it’s Tegan and Sara. The Quin sisters are being brought down to SG once again by Live Nation Lushington – the bigwig promoters who’ve brought down Tom Jones, 5 Seconds Of Summer and Madonna – since their debut performance in the Lion City in 2013. For their sophomore gig here, these edgy, feisty twins will now perform at the massive Star Theatre, but we’re expecting something totally different, and more radical than ever.

For those of you well-acquainted with these spirited Canadians, they’ve gone through quite a number of alterations in their musical direction. Their debut album in 1999 (yes, they’ve been around for that long!) resonated with singer-songwriter types with gentle acoustic guitars and folk-hinting arrangements, albeit with the fiery, animated vocals that the two would often sing in duets and harmonies. As they progressed through the noughties, they joined the indie-rock revolution with guitar-chugging songs like “You Went Away”, “You Wouldn’t Like Me”, and “Speak Slow”.

But it is in their latest incarnation that’s earned them mainstream success; 2013’s Heartthrob steered Tegan and Sara in a glossy synth-pop direction, catering to the electronic climate that’s trending in the pop scene. With trailblazing hits like “Closer” and “I Was A Fool”, they’ve gone on to tour with the likes of Katy Perry and Lady Gaga, propelling them into global stardom. Yet, despite their now-towering status, they’re still able to find time to slot Singers into their promo tour of Love You To Death – their eighth album that’s slated for a June release. Better catch them while their momentum’s in its prime!