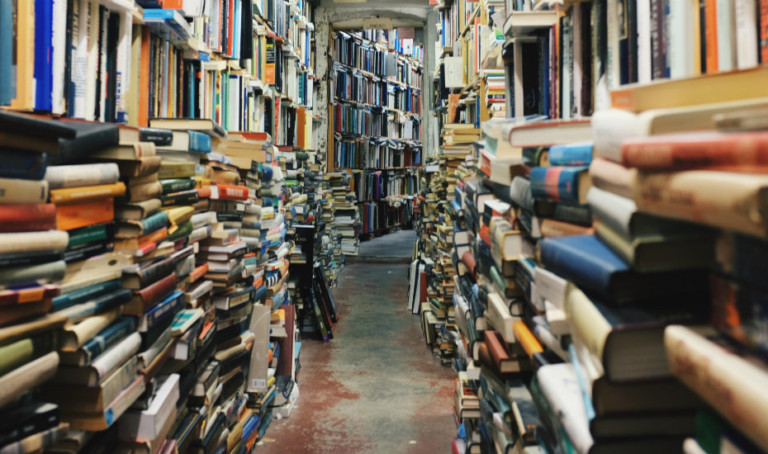 Photography by Glen Noble via Unsplash

Workshops, lectures, readings and the ever-popular closing debate: here’s what we want to catch at this year's Singapore Writers Festival...

As the world moves to embrace all things digital and magazines and even books are going paperless, it’s heartening to see that storytelling and literature itself is not dead. From Singaporean poets to indie bookstores, literature and the arts are well alive here. This year, the Singapore Writers Festival, happening from 3-12 November, will be celebrating its 20th anniversary. The theme is “Aram”, a Tamil word that means “goodness” or “doing good”, an idea that will be explored during the throughout a carefully curated week-long program. If you love a good story, read on for our highlights!

How does one write a script for a comic book, and visualise the plot and characters together with illustrations? Learn from Marjorie Liu, the New York Times best-selling author and comic novelist. She won a Hugo award for Monstress Vol. 1 and was nominated for an Eisner Award for Best New Series. Besides her own paranormal romance and urban fantasy novels such as The Hunter Kiss and Tiger Eye series, she has also done work for Marvel Comic series including Dark Wolverine and Astonishing X-Men.
Writing for comics, 11 Nov, The Arts House Living Room, 1 Old Parliament Lane, Singapore 179429

Anyone can be a poet

It may look easy, but poetry is a fine art that takes skill to master. Most writers would agree that pithiness – compression – is a hallmark of good writing. Work on your craft and pick up some skills at this workshop held by American poet, Rae Armantrout.
Poetry: What to Leave in and What to Leave Out, 4 Nov, National Gallery Singapore, 1 Saint Andrew’s Road, #01–01, Singapore 178957

While the world is embroiled in cultural wars, four distinguished American authors take a breather and share how they chillax and recharge at a lecture. The prolific panel consisting of Junot Diaz, Miriam Bird Greenberg, Ben Katchor and Sarah Churchwell will talk about all things easy-going and offer advice to audiences on how to deal with the ongoing chaos in the world.
Take a Break in the Age of Uncertainty, 12 Nov, The Arts House Chamber, 1 Old Parliament Lane, Singapore 179429

Literature can get sexy

Back on the evening of 1 Sept 2005, poets Cyril Wong and Alfian Sa’at read some cheeky stuff at the Pan Pacific Hotel. Well, it’s time to bring it back! Make a date with the partners-in-crime for another night of juicy material, in honour of the SWF’s 20th anniversary. Joining the party are Amanda Lee Koe, Vanessa Fernandez, William Beale, O Thiam Chin and Suchen Christine Lim. Leave the kids at home, of course!
Bedtime Readings: Writings from the Naughty Side, 10 Nov, 9 Empress Pl, Singapore 179556 It’s nice to see the niche genre of sci-fi getting some lovin’ on the lineup and as well. Want to know more about creating an authentic universe for science fiction or fantasy? Australian author Jay Kristoff, whose acclaimed works include the bestselling YA series The Illuminae Files and the Japanese steampunk dystopian series The Lotus War, zeroes in on world-building techniques to help lay the foundation for your story.
How to build a fictional universe, 12 Nov, Timbre Music Academy, 1 Old Parliament Lane, #01-04 The Arts House, 179429

Roomin’ with the Moomins

The Moomins, white roundish trolls with large snouts created by writer and artist Tove Jansson, have taken the world by storm since their first story in 1945. Philip Ardagh, author of The World of Moominvalley, the first official ‘guide’ to these beloved creatures, speaks with Sophia Jansson (niece of Tove Jansson) and Roleff Kråkström of Moomin Characters Ltd. They will talk about Tove Jansson and the magical universe she created, ponder why these roundish trolls matter to millions 70 years on, and discuss what it takes to keep the brand alive.
The Enduring Allure of Moomins, 5 Nov, The Arts House Living Room, 1 Old Parliament Lane, Singapore 179429

Always judge a book by its cover

Venture into the spaces of some of the innovative players in Singapore’s book industry including Epigram, Sarah and Schooling, and more as they share stories of pushing the boundaries of bookmaking and how – whether through design or in content – they make books desirable. This literary tour, hosted by author Phan Ming Yen, takes you through designing, publishing, book printing and retail.
Between Covers I: The Art Of Inventive Reads, 4 Nov, The Arts House, 1 Old Parliament Lane, Singapore 179429

Three insiders of the book and publishing industry predict the trends for 2018 and beyond – what is likely to be popular, and what are readers hoping to read next? With Amazon setting up shop in Singapore and readers having various ways of accessing books, this panel will gaze into the crystal ball (not literally, sorry).
The Future of Publishing: The Good, the Bad and the Scary, The Arts House Screening Room, 1 Old Parliament Lane, Singapore 17942

What goes well with the love of words? Music, of course! Catch local musicians contributing this lit fest and experience a spectrum of genres from the avant-garde music of Bani Haykal to the smooth soulful voice of singer-songwriter Mars.
Happening at various locations.

So kiasu, for what?

An interactive fashion and art festival is…