Knightsbridge Mall is the new home for Singapore’s first official Apple Store, which will feature workshops by local creatives from the month of May

Update: The Apple Store on Orchard Road will open to public on 27 May 2017 at 10am. We’ve had a sneak peek and we can tell you that it is stunning on the inside with glass panels and real trees, adding to the vastness of the store. See you downtown!

Apple fans, listen up. After enduring several rumours that’ve been floating around for over a year now, we can finally confirm that an Apple Store will be opening along Orchard Road at Knightsbridge Mall. On the evening of 3 May, the barricade outside the mall was unveiled to reveal the storefront adorned with an icon of an apple, a heart and a red dot. Such a tease, Apple. Titled “Apple Loves the Little Red Dot”, the main artwork also features 12 smaller icons, each representing the local creative community consisting of photographers, filmmakers, musicians, illustrators, developers, entrepreneurs and more. All these professionals will be conducting in-store teaching sessions in May, as part of the Today at Apple series for creative minds. 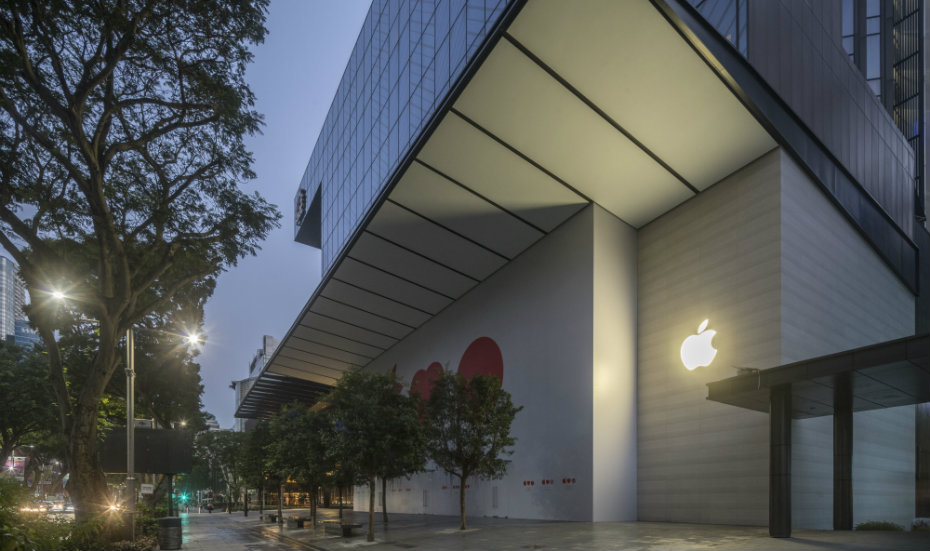 The storefrontThe Apple Store on Orchard Road can be found at Knightsbridge Mall, 270 Orchard Road, Singapore 238857.

HoneyTalks: How to start a business the right way

Play This Story: The Book of Red Shadows

Zouk Cinema Club: For The Love of Music

ACM After Dark: Heroes and Villains

Day of the Dead at MO BAR