Within the lush grounds of Dempsey Hill, RedDot Brewhouse stands as Singapore’s first locally owned microbrewery. From developing the brews to setting up a bar at a historical barracks at Dempsey, it took a decade before RedDot Brewhouse was launched, and now it’s known for its award-winning craft beers.

The journey started when founder Ernest Ng travelled to South Africa and was introduced to home-made beers by two local soldiers. Making friends with them by the street, they told him where to find ingredients to make his very own lager. Many experiments later, the brews that would become RedDot’s signature beers were born. 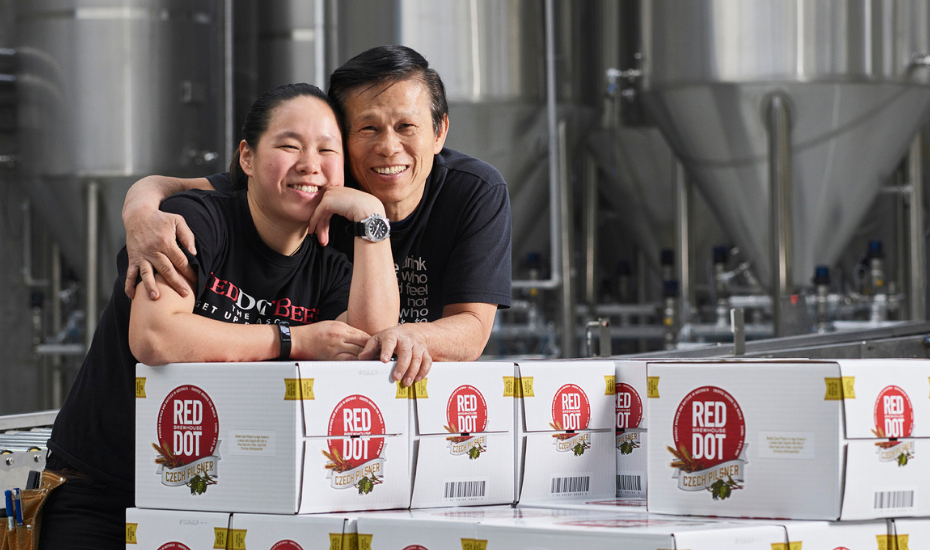 This passion project (and now fully-fledged family business) is being passed on to the next generation, with Ernest Ng’s daughter, Crystalla, learning the ropes of brewing the brand’s signature lagers. 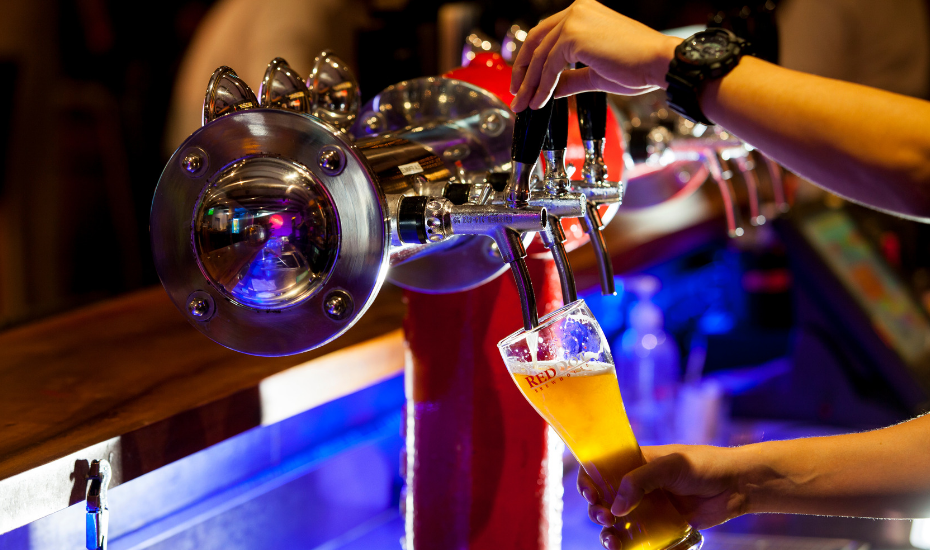 These include the Monster Green Lager, a novelty beer infused with spirulina that dyes it a distinct bright green; the Czech Pilsner, a fragrant and crisp citrus hop with a pale gold colour; the Summer Ale, a mild floral refresher that’s perfect for any occasion; and of course, the Sauvignon Ale, a double award winner at the World Beer Awards 2017.

The brewery’s exclusive craft beers are unfiltered and unprocessed, meaning that the yeast nutrients and original flavours are retained. This gives the brews their unique tastes and aromas that fans know and love. Another thing we love? The colonial decor of RedDot Brewhouse’s outlets. Whether it’s by the river at Boat Quay or the original outpost at Dempsey, the place takes us back in time with its brick walls and vintage-vibe interiors.

Aside from being a great spot for Friday drinks, RedDot brings families together for Sunday brunches – fur babies included as the place is dog-friendly! Kiddos can have fun getting their hands and face sticky with fluffy candy floss, getting their face painted, sculpting colourful balloons, or testing their chef skills at the kids’ cooking classes. That way, you can down your craft beers in peace…