Get lowdown on the best parties to hit this April. Hint: think a water festival, international DJs, the greatest 90s hits and the Asian debut of a New York nightclub.

It’s one big rave party this April as the month brings you anthemic dance music by local and international DJs, a party in a water park and Marquee Singapore! Stay tuned for more parties underway…

This Is The 90’s x Cherry Discotheque

6 April
90s babies, this one is for you. Take a nostalgic ride down memory lane and move to the hits of the Backstreet Boys (who are coming to Singapore, btw) Britney Spears, Queen B, TLC and even Tupac and Biggie (#RIP). To really get you in the mood, iconic visuals from 90s Hollywood – think Titanic, Pulp Fiction, The Matrix and Terminator 2 – will be projected on a full-screen wall right behind the DJ. Also, the cover charge includes two free drinks instead of one.
This Is The 90’s x Cherry Discotheque, 10.30pm-4am, Cherry Discotheque Singapore, 133 Cecil Street, Singapore 069535

6 April
Remember Iyaz? He’s that guy who churned out hits like ‘replay’ and ‘solo’ (blast from the past, amirite?) and he’ll be performing for the first time ever in Singapore. To start the night with a bang, DJ Jade Rasif will be warming up the crowd with ear-penetrating tracks. House pour drinks will be going at just $5 – yup, as low as some happy hour deals!
Get Juiced Presents Iyaz, 10pm-4am, 3E River Valley Rd Singapore Block E Clarke Quay #02-01, Singapore 179024

13 April
We’re not sure if this kind of ‘April showers’ would bring May flowers, but celebrating the iconic water festival at a water park sounds fun. Come dressed to get wet ‘cos Wild Wild Wet is transforming into a wet party arena complete with water and light effects and blasting water jets. Enjoy hip hop, electro, big-room, trap, open format tracks spun by DJs Lincey, Inquisitive, Tinc and Lenerd and headlined by Dutch DJ Quintino. Rave in the tsunami pool and fuel up with craft beers from The Bar by Beerfest Asia and food trucks by SawadeeCup and Zeroplusone. It’s going to be one helluva party.
Songkran Music Festival, 5pm-11pm, Wild Wild Wet, 1 Pasir Ris Close, Singapore 519599

After Dark with Nastia and James Riach

13 April
Nastia may wear many hats (she’s also a promoter, label owner and producer) but the Ukrainian DJ will be throwing industrial techno, experimental, house and D&B (drum and beat) tracks at Kilo Lounge for one night only. Bring your dancing shoes, it’s going to be lit.
After Dark with Nastia and James Riach, 10pm-4am, Kilo Lounge, 21 Tanjong Pagar Road, Singapore 088444 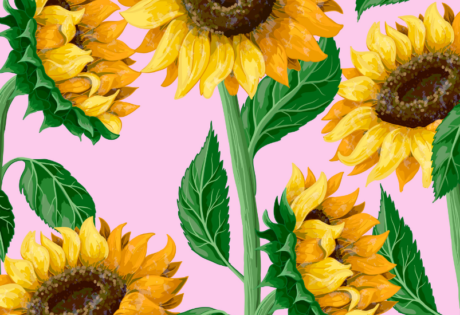 20 April
Taking part in a silent disco is one thing but imagine doing it while being suspended over five floors and walking on bouncy nets. Not for the faint-hearted indeed! But daredevils, boogie your way through three music channels and defy gravity come 20th April.
Silent Disco, Airzone,2pm-6pm, 180 Kitchener Road, Singapore 208539

12 April onwards
Every hedonist in their right mind will be counting down the days to the opening of Singapore’s largest nightclub. Making its Asian debut right here in Singapore, the highly-raved New York nightclub will have a sprawling space of 2,300 metres, dramatic 70-feet-high ceilings and an eight-armed Ferris Wheel which you can actually ride on. To celebrate the opening, over 10 popular names in the clubbing scene including Afrojack, Tiesto, Steve Aoki, Above and Beyond and Kaskade will be strutting their stuff all through the month! One thing’s for sure, this is going to be MASSIVE.
Marquee Singapore Grand Opening Month, various timings, tickets are available online or at the door; 2 Bayfront Avenue, #B1- 67, Singapore 018956

28 April
But if you are craving for a beach party, we’ve got you covered. Make your way to Sentosa for Jamaican Jerk BBQ, live performances and music by some of the best DJs in town. Singapura Dub Club is back with this signature event and they’re launching it with a bang. Take part in reggae karaoke with Indonesia’s favourite Rudie Denny Frust and the Far East Empress MAS1A. After stuffing yourself silly, work those hips and move to reggae, hip hop, afrobeats and dancehall numbers spun by DJs Justo and Alx and Eden YC.
Suka Suka Sunday, 5pm-12am, Singapura Dub Club, 6 Sentosa Gateway, Singapore

Where the party’s at this April