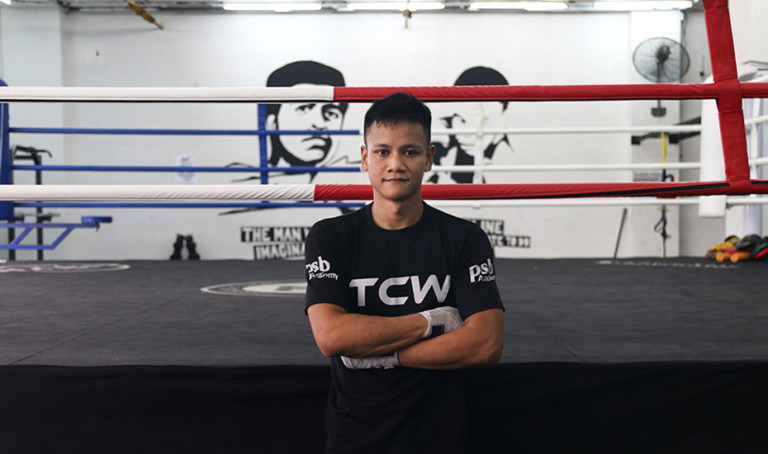 Did you know that Singapore’s boxing pride, Muhammad ‘The Wan’ Ridhwan, almost quit the sport before his career kicked off? We get to know his story before his big fight at The Roar of Singapore.

While others leisurely regard boxing as a form of fitness, to 29-year-old boxer, Muhammad Ridhwan, it is a way of life. Since he started in his teens, he has been in more than 140 amateur boxing fights locally, regionally and internationally, and seven fights in the professional arena. He’s lost a few, and won some others – one of them being the World Boxing Association (WBA) Asia Superweight title. On May 27, he will be fighting for the Universal Boxing Organization (UBO) World Super Featherweight title at The Roar of Singapore. But before that, we speak to him at the warehouse gym he owns, an airy and welcoming space called Legend Fight Sport, where there is a portrait of Muhammad Ali painted on the walls, posters of his upcoming fight sprawled on a coffee table, and a training class happening in full force. Prior to our interview, a fan even requests for a photo opp with Ridhwan – a gesture that shows the burgeoning popularity of Singapore’s very own boxing champ. So sit tight; this feature’s gonna be a knockout.

Ridhwan started boxing when he was 16 years old. Then, he was working in a café where they would show old-school boxing fights later at night. “That got me interested to find out more, because I watched some fights and I didn’t know what was going on – so what I did was go home to watch Rocky,” he recalled. With some research, and his growing interest in the sport, he signed up at Kadir’s Boxing School and the rest is history.

He almost quit boxing after a few lessons

Admitting that his first impression of the sport was dramatic, Ridhwan said that after a few months of training, boxing was not what he imagined it to be. “I only did the basic stuff in training like skipping, running, and learning basic punches – I got bored of it and I was going to quit,” he admitted.

On the ‘last day’ of his boxing journey, Ridhwan went to the gym to quit, but instead got handed an opportunity by his coach to fight in a match – which he lost. But the experience of the first fight ignited something within him, and from there, Ridhwan began his foray into competitive boxing. 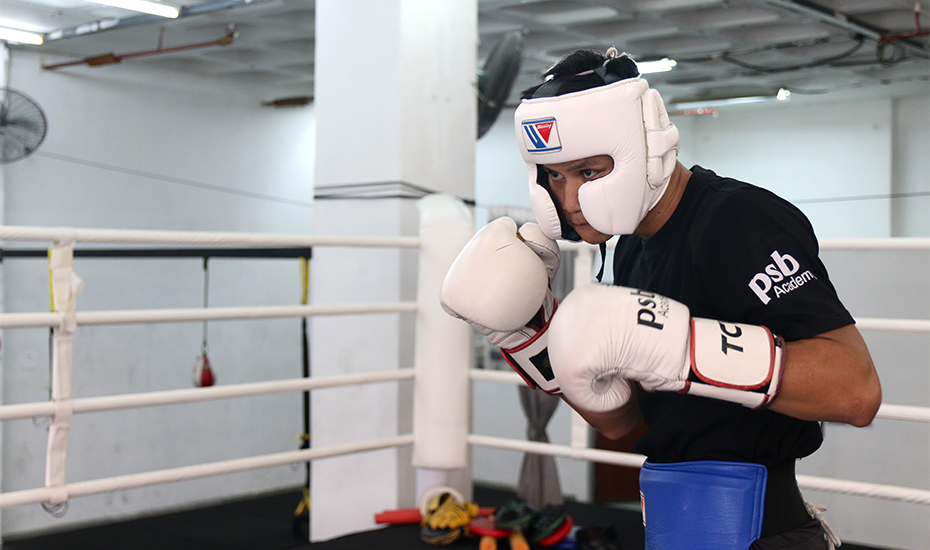 He remains humble throughout his career

When talking about his biggest win yet – the WBA Asia Superweight Title, Ridhwan waxes lyrical about the ‘behind-the-scenes’ support he got. “I feel like a lot of people have put in so much effort towards my win – from the PR team to my trainers. It wasn’t just me who won that belt; we all did,” he said.

He may be fighting fit as a boxer, but he hates running

When training for a competition, Ridhwan stays fit and eats clean. Ridhwan sticks to a diet of white meat and vegetables regularly, as well as a disciplined physical routine. But like most of us, he admits that he hates running. He goes for 10 to 12km runs in the morning – he usually picks Fort Canning Park because of the various inclines, does boxing technical training in the afternoon, and goes for sparring practices on Tuesday, Thursday and Saturday. 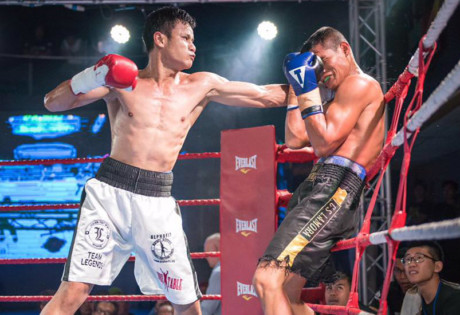 A knockout evening at this boxing tournament

His first fight was the toughest

Ridhwan will never forget his first career fight because it was also the toughest. “I was away, and I was making my debut. I was fighting in someone else’s backyard, and it was against somebody who had the record of three knockouts, so that was a bit intimidating,” he said.

He looks up to some of the world’s greats

“When he fights, the whole country stops – that’s the kind of fighter he is,” Ridhwan says about his boxing hero – Mexican boxer, Julio César Chávez Senior. Though not the go-to household name when it comes to boxing, Ridhwan admires his boxing style and his signature, devastating body punches that he was known for. He is also a coach and entrepreneur

Ridhwan is also the co-owner of the Legends Fight Sport gym, as well as a coach. Set up three years ago, the gym specialises in developing boxing talents through quality training and events, because he wanted to bring up the standard of the sport in the country. Ridhwan hopes that by contributing to the sport, other facilities will also begin to improve – and that seems to be the case so far.

He was part of a cleaning crew before

In a country where balancing your career and your passion projects is a very delicate and difficult thing to do, Ridhwan had to overcome this by getting his hands dirty. “I did plenty of odd jobs – cleaning, cargo, delivery, carwash, jobs that paid $30 a day – whatever I could to put some money into setting up the gym, and also a flexible job that still allowed me to train. As much as people say ‘do what you love and you’ll never have to work another day’, I find it hard to believe that. Everything is about hard work,” Ridhwan said. Truth.

He keeps it real

After doing this for more than a decade, Ridhwan has some real advice for anyone starting out in the sport, “Enjoy the movies, but eventually you need to join a gym and pick up the sport. Master the basics and enjoy the process, because there will be many reasons to quit along the way. But if you are passionate and continually strive to better yourself, then you’ll go far.” I ask about the greatest boxing movie there is – he still thinks Rocky is the best.

We’re giving away 3 pairs of VIP ringside tickets to the The Roar of Singapore on 27 May, worth $188 each and includes free flow San Miguel, soft drinks and a buffet. Find out more on Facebook!