Where to catch free movies in Singapore

Nobody needs telling this, but movie tickets – and everything else in Singapore, in fact – are getting pricier year after year. Thankfully, there are now more places and events with free screenings. Here’s where all you film buffs and closet cheapskates (no judgment!) can head to this month for your cinematic fix without forking out a dime, for the movie at least.

DBS Movies By The Bay
These monthly outdoor movie screenings are a big hit, especially with Singapore’s glittery nightscape as a backdrop. Past movies screened includes Hollywood blockbusters like Transformers: Dark of the Moon and Man of Steel. In celebration of National Day, two homegrown flicks, Ilo Ilo and Ah Boys To Men 2, will be shown at The Promontory @ Marina Bay this 15 to 16 August. Don’t forget to download a coupon off their Facebook page for free popcorn (limited to the first 100 redemptions).

Screening Room
This cosy lounge space on Ann Siang Hill, one of our favorite spots for after-work tipples and some on-screen action, is paying tribute to the gorgeous Marilyn Monroe this month. Catch some of her most famous works, including Gentlemen Prefer Blondes and Some Like It Hot free, when you make a $15++ food/beverage purchase at the Theatre bar or off the Screen Cuisine Menu. Call or email to reserve your spots. National Library Board
They have gotten much flack for banning a series of gay-themed childrens’ books recently, but don’t boycott the National Library Board just yet. Secure a seat for Kung Fu Panda 2 and other family-friendly movies like Percy Jackson: Sea of Monsters and The Chronicles of Narnia: The Voyage of the Dawn Treader at various public libraries around the island. Limited seats are available, so head down early. 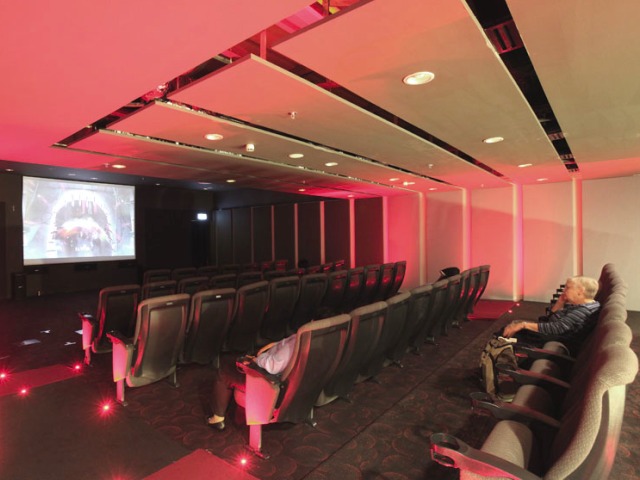 National Museum of Singapore
Iconic films are the focus of the museum’s Under the Banyan Tree: Open Air Cinema programme. Pack your picnic mats, a bottle of vino, and any rainy-weather gear just in case for these upcoming shows: time-travel romcom He Ain’t Heavy, He’s My Father on 27 September 2014 and horror-licious Tourist Trap on 25 October 2014.

The Arts House
The Society for Cult and Underground Movies (SCUM Cinema), a Singapore-based collective of film fanatics, has partnered with The Arts House to hold bi-monthly free screenings of cult classics in its 75-seater theatrette. On 29 August 2014, catch R-rated Cantonese flick Riki-Oh: The Story of Ricky, about a martial artist struggling to survive in a futuristic prison. Email [email protected] to register. 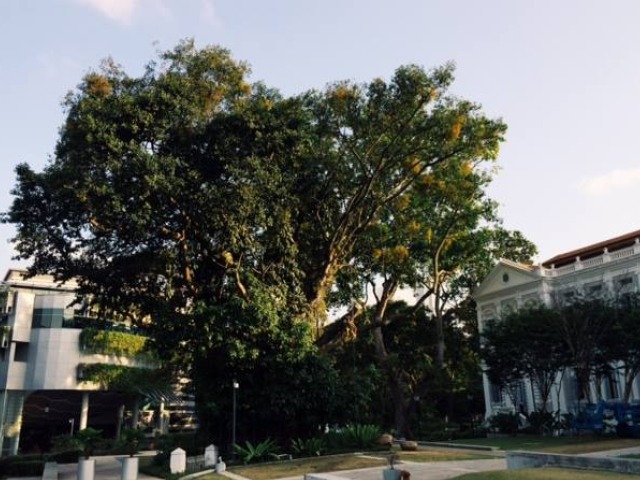 For films with local flavour

The Substation
Up-and-coming local filmmakers take the spotlight in The Substation’s First Take event, which takes place on the first Monday of every month. Four interesting depictions on life in our little red dot – including a film on the foreign workers’ industry – will be shown on 16 August 2014. Admission is free, but donations are (more than) welcome. Note: screenings are now held at Lasalle College of the Arts due to construction work in the area.

Objectifs
Besides offering photography and filmmaking courses and serving as an international short film distributor in the region, the visual arts centre also does rooftop movie screenings as part of its Watch Local programme. No film screenings are taking place this month (boo!), but keep your eyes peeled for updates on their website or Facebook page.

Isabel is a culture vulture, always delving into Singapore's 'hoods and hangouts to uncover the best of what's happening around town. When not at the keyboard, she's rushing off to plays, exhibitions, yoga, and French class.